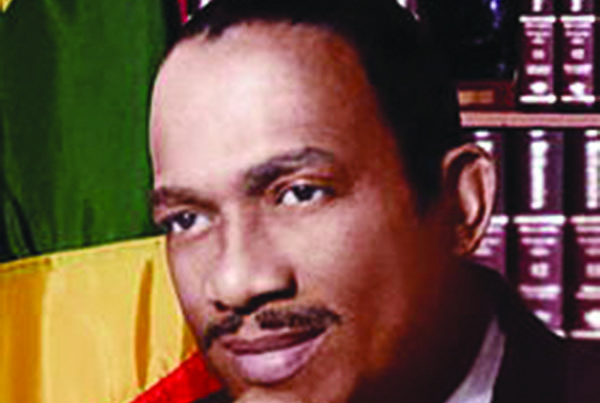 ST. GEORGE’S, Grenada CMC – Grenada, which is this year celebrating its 40th anniversary of political independence from Britain, will honour the work and vision of the island’s first prime minister, Sir Eric Gairy.

“In expression of gratitude for his life’s work and vision, Government has taken the decision to, among other recognitions yet to be unveiled, to rename the Tanteen Roundabout and the Botanical Gardens after Sir Eric Matthew Gairy,” Prime Minister Dr. Keith Mitchell said.

Grenada, last week Friday, celebrated the 40th anniversary with the traditional military parade and award of honours to outstanding citizens.

Sir Eric, who was government was overthrown by the New Jewel Movement (NJM) headed by Maurice Bishop in 1979, is credited with pushing the idea to build round-a-bouts at cross roads as a mean of encouraging a smooth flow of traffic in the absent of traffic lights.

“Today, the result of Sir Eric’s bold Independence experiment is visible, and is mirrored in the academic, sporting, and professional exploits of our people, and in the building and sustaining of this democracy through 40 years,” Mitchell said, as he spoke of the many initiatives undertaken by Sir Eric.

Sir Eric is the first head of government, whose face was placed on a collection of stamps that was unveiled on Monday, and Mitchell said that after 40 years, it was time for Grenadians to wean themselves off some of the remaining vestiges of colonialism.

“Yes, fellow citizens, the time is right for us to have our home-grown Constitution.  Let us seize the moment as we prepare for a referendum on our new Constitution later this year,” he said, as he called for citizens to support the initiative to redefine national identity within a more suitable framework for long term development.

Government, earlier this year, established a National Advisory Committee on Constitution Reform to spearhead public consultations on the matter.