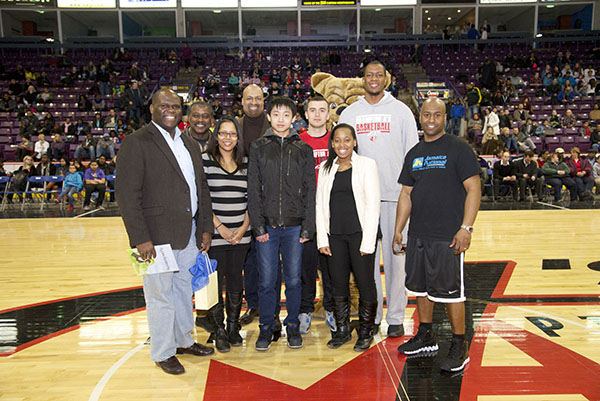 The building society is celebrating its 140th anniversary and plans to give back to the community through several initiatives.

“It was an opportunity to do a Caribbean Night and allow it to have a double barrel effect by announcing the winners of the competition, so that’s really what we wanted to do. I would call it truly successful, “ said Jerrold Johnson, Interim Representative Officer, JNBS-Toronto about the February 28 event.

Johnson was impressed with diversity of students that participated and the new exposure that the company gained across the province. The finalists were of African, Asian and Latin American descent.

Charles Matthews of CMJ Entertainment Inc. and the voice for the Brampton A’s games says the league is new in Brampton and he proposed the idea of a Caribbean Night which just happened to fall on the last day of February, the end of Black History Month.

Brampton A’s supported the initiative and Jamaica National decided to hold an essay competition aimed at students in grades 9 to 12, to write 150-200 words of what they thought of Black History Month.

The students did not know that they won until their names were announced by Kerry-Lee Crawford, a program host at G98.7 FM and also the announcer at the games.

Jamaica National is now in the planning stages of its second annual Father’s Day Brunch, having recognized that there are usually very few events honouring fathers on that day.