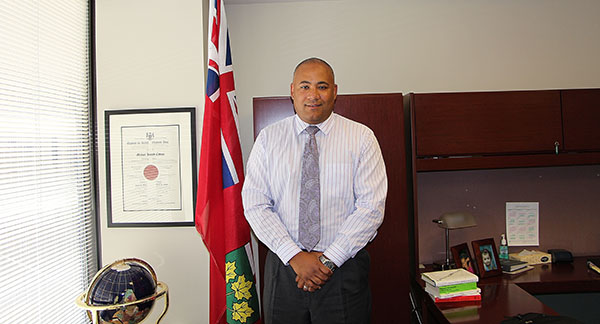 ONTARIO, Canada – The recent introduction of new legislation by the government of Ontario will, if passed, strengthen its role in immigrant selection to help meet the province’s future labour market needs and support economic growth.

The proposed Ontario Immigration Act would assist the province in working with the federal government to maximize the social, cultural and economic benefits of immigration in three major ways.

The legislation would prevent fraud by improving compliance and enforcement measures in the immigrant selection process, such as introducing penalties for applicants who misrepresent personal information or for those that may take advantage of immigrants.

If passed, the Act would also enable Ontario to work more closely with the federal government on recruitment, selection and admission on skilled immigrants to the province.

The Act, introduced in February, is now in second reading which will give government and opposition members a chance to speak on it and debate. From there it will go to go a committee, come back to the legislature with or without recommendations, but at the end it will be voted on.

If it passes a subsequent reading it will go to royal assent and become law.

He said Ontario is the first province outside of Quebec to even consider doing something like this.

“We just want to be able to have more control in the selection process to ensure that at the end of the day that we synchronize the economy, the labour gaps, the values that we have in Ontario because we believe in things like family unification, we believe in humanitarian cases, just to make sure that at the end of the day our immigration policies are in sync with what Ontario is all about,” Coteau said in an exclusive interview with Pride News Magazine at his office on March 5.

The immigration minister said that it is a good direction for Ontario and that it is the right time to start this process.

Minister Coteau said the federal government is very interested in the province’s move to ensure that both immigration systems are working well together.

As an example, he said the expression of interest model being introduced in 2015 by the federal government would connect immigration to job offers and specific labour gaps.

“I think that our demands for an increased Provincial Nominee Program – more self-selection – is something that we’ve been very strong on for the last few years, in making sure that Ontario gets its fair share. We’re still not at that point. We think that Ontario deserves more self-selection. The other provinces are as high as 34 percent, we’re at 2.5 percent now. We just want to be able to be able to move those numbers up and we disagreed on other things.”

The province plans to redesign the program to help facilitate expected increases in the federal government’s allocation of economic immigrants.

The Provincial Nominee Program is for employers who would like to fill skilled positions that they have not been able to fill domestically with foreign workers and international students who want to live and work in the province.

Ontario has called for an increase in its provincial-nominee allocation from 1,300 to 5,000 to support the province’s highly-skilled workforce.

Federal decisions over the last 10 years have reduced the proportion of economic immigrants coming to Ontario to 50 percent, while the average for other provinces is 70 percent.

The provincial and federal governments disagree on matters such as refugees and their healthcare costs. Coteau said the federal government controls who comes into the country and people arrive in Ontario and some might be sick.

“To tell them that they can come into the country, they can be here while they’re being assessed for citizenship purposes but to tell them you can’t be treated for an illness. To me, it’s just opposite of what we’re about here in Ontario because you have a lot of people coming from countries where there are issues that are very challenging. They come here, and taking a simple thing, like a common cold that turns into pneumonia that gets very serious. Treat the illness early and you save money in the long run because at the end if it’s a life-threatening situation, we cannot deny them. But if it’s a simple matter, under the federal approach they would turn their backs on these folks. We have a different approach,” he said.

Every year, 250,000 immigrants enter Canada, but according to Coteau, there are political decisions that are being made by the Conservative government to push people out west, which is at the expense of Ontario that needs people to build a strong economy.

The minister said the provincial government wants an Ontario that has an immigration system that is fair, provides opportunity for people, and wants to be able to set targets itself and bring in the right type of people, based on its analysis of what Ontario needs versus what Canada needs.

Ontario remains the number one destination for newcomers to Canada, receiving more immigrants than the combined total of all the provinces and territories west of it.

Through the Ontario Immigration Strategy, the government has sent a goal that five percent of newcomers be Francophone. Ontario is the second largest Francophone jurisdiction, outside of Quebec.

Over the next 25 years, immigration will account for all of the increases in Ontario’s working age population and is expected to be a major source of future labour force growth.