New in Pride
Home / Arts & Entertainment / Gimme One Riddim: An Evolution Of Ska 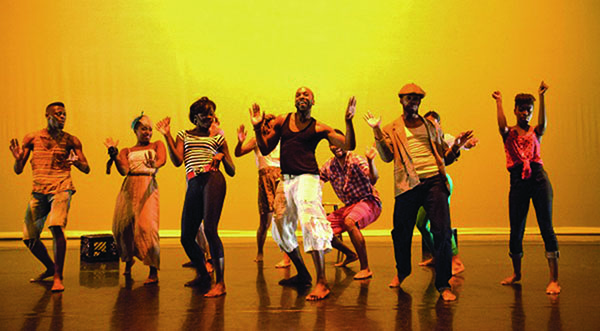 Gimme One Riddim: An Evolution Of Ska

This period piece is led by five young and vibrant Black male dancers – a rarity on the main stage and a nod to history.

“A lot of the trailblazers of Ska music were male, and Gimme One Riddim highlights the often hidden talents of our black male dancers in tribute to this historical context.” says co-choreographer Jasmyn Fyffe. For this remount, supporting the dancers are live musicians, further showcasing the choreographers’ commitment to authenticity.

Dubbed “musical education on feet, and on beat” by reviewer Black Sebath, Gimme One Riddim is a retelling of an often forgotten part of world music’s history: the influence of Jamaican Ska. Transcending beyond Bob Marley, the show reignites Jamaican Ska music through icons such as Millie Small, Prince Buster and The Skatalites.

“We want to remind people of the historical relevance and impact that Jamaica has had on the entire world,” says co-choreographer, Natasha Powell.

The production displays Ska’s influence by “migrating” dance to a 1963 Jamaica. So seamless the transition, you’ll be convinced that Ska never left the music and dance scene. Gimme One Riddim features a mix of contemporary, urban and Caribbean dance styles, all infused with Jamaican Ska music.

From its world premiere in TD Bank’s 2013 Then & Now Series, the show has received critical acclaim, including a special appearance at the TD Irie Music Festival.

Performing to sold-out audiences, this production is sure to hold prime real estate in the tapestry of Canadian performance history. Gimme One Riddim’s energizing performance reignites the past by giving a familiar sound a new pair of feet.

For tickets and show information contact the Harbourfront Centre box office at (416) 973-4000 press 1.