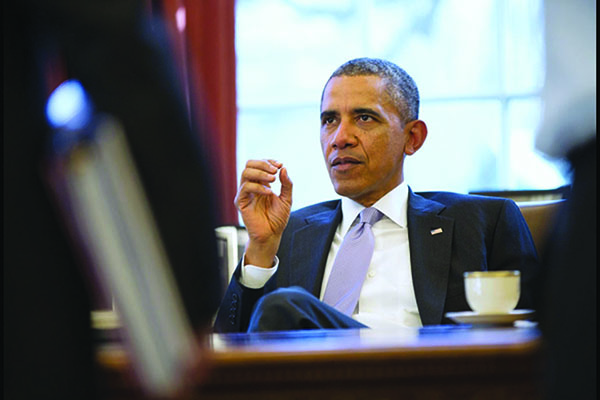 US President Orders Review Of Deportations To The Caribbean

WASHINGTON, DC CMC – United States President Barack Obama has ordered a review of deportations to the Caribbean and other countries, saying that removal of undocumented immigrants should be done more humanely.

“The President emphasised his deep concern about the pain too many families feel from the separation that comes from our broken immigration system,” said the White House in a statement after Obama met with members of the Congressional Hispanic Caucus (CHC) at the Oval Office.

“He told the members that he has asked Secretary of Homeland Security Jeh Johnson to do an inventory of the Department’s current practices to see how it can conduct enforcement more humanely within the confines of the law,” the statement added.

It said Obama thanks the CHC for their work “on these challenging issues”, and expressed his strong desire to work together to put pressure on Congressional Republicans to pass bipartisan comprehensive immigration reform as soon as possible.

The White House said the discussion focused on mutual efforts to pass “commonsense immigration reform legislation through the House of Representatives this year”.

Gutiérrez, an Illinois Democratic Congressman, told reporters afterwards that it was “clear that the pleas from the community got through to the president”.

Analysts say Obama is under increasing pressure from Hispanic advocates and Congressional Democrats to suspend aggressive efforts in deporting illegal Caribbean and other immigrants.

US officials also say that more illegal immigrants have been deported during the Obama administration than under any previous president.

Within weeks, officials say Washington is likely to have deported two million immigrants during the president’s six years to date in office.

Caribbean American Democratic Congresswoman Yvette D. Clarke, the daughter of Jamaican immigrants, who represents the 9th Congressional District in Brooklyn, New York, has been pushing Obama to curtail deportation to the Caribbean, saying that too many families left behind are suffering.

“The president has no excuse to continue his unjust deportation policy,” he added.