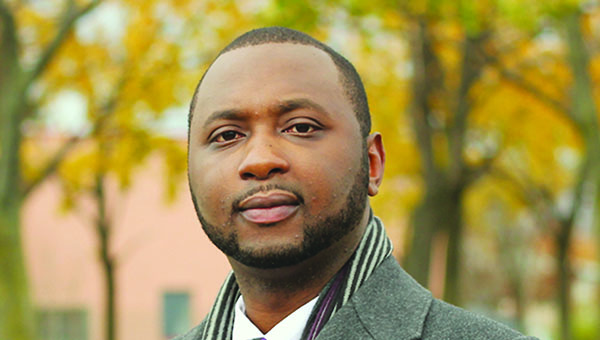 TORONTO, Ontario – The Toronto Police Services Board (TPSB) is inviting members of the public who wish to make a deputation on its draft policy on street checks or “carding” and community contacts to a special meeting at Police Headquarters on April 8 at 6 p.m.

The Board is soliciting public input and those who want to have their say should contact Deirdre Williams at 416-808-8094 or by email at deirdre.williams@tpsb.ca, no later than April 7, at 4 p.m.

At a meeting on March 13, the Board released the draft policy alongside a legal opinion by Frank Addario, a prominent criminal and constitutional lawyer retained by it to assist in developing this policy.

In a preamble to the policy, the Board acknowledged that members of the Toronto Police Service are entitled by law to start conversations with members of the public.

It said the collection, retention, use and disclosure of information gathered for bona fide reasons can be a legitimate and effective policing tool.

“The Board recognizes that the manner in which some contacts have been conducted and recorded has had a demonstrated negative impact on public trust. Public trust in the police is essential to effective policing. Improving the policy framework for police-civilian contacts will enhance public trust and cooperation with the police,” the draft policy states.

The Toronto Star had written several investigative features showing that black people, and to a lesser extent brown people, are disproportionately stopped and documented by police in what are typically non-criminal encounters.

The policy notes that independent civilian oversight is necessary to improve public trust in the police. The reform of police-civilian contacts needs to be public, transparent and Board-controlled.

The objectives of this policy are to identify and facilitate the two purposes for the collection, retention, use and disclosure of information arising from police-civilian contacts in non-detention and non-arrest contacts (“Contacts”).

This is to ensure accountability and transparency in Contacts, and to fulfill policing duties under s. 42 of the Police Services Act.

But Kingsley Gilliam of the Black Action Defense Committee (BADC), which has filed a multimillion dollar lawsuit againt the Board and the Toronto Police Chief Bill Blair over the issue of carding, attended the Board’s meeting and said Addario’s presentation was totally irrelevant to the issues at stake.

He said the Chair of the Police Services Board, Alok Mukherjee, is trying to “extend the powers of Toronto Police to stop and question people without reasons ascribed in this link [Criminal Code of Canada] which are a violation of individual Charter rights.”

BADC has been holding community meetings across the city to discuss its lawsuits. Gilliam said at a recent meeting in Malvern four young men told them “horrific stories of police harassment.”

“We will never accept the police making laws in Canada and what the draft policy does is to give police broader scope to stop and question people without reasonable and probable grounds that they either committed an offence or was about to commit one. We will fight it all the way to the Supreme Court of Canada if it is not stopped before we get there,” Gilliam said.

Lekan Olawoye, executive director of For Youth Initiative (FYI), who has registered to run in the October 27 municipal election to represent Ward 12 (York South-Weston) as city councillor, said the policy is a good start.

He said what has been missing recently is that the police were doing their work arbitrarily but the draft policy provides an opportunity for the officers on the front line to have a bit more rigour around who they’re stopping and why they’re stopping them.

The draft policy aims to improve community confidence in the ability of the Toronto Police Service to provide non-biased policing, and to ensure public trust in policing through enhancing community understanding of individual rights under the Canadian Charter of Rights and Freedoms, the Ontario Human Rights Code and Board policies during police-civilian contacts.

Other objectives are to: eliminate prohibited profiling and/or bias from Contacts; ensure the provision of effective training on how to conduct Contacts in a way that promotes community trust; and to hold the Chief of Police accountable for police-civilian Contacts through oversight and public reporting of Contact-related data.

The policy is also to ensure effective oversight of Contacts by the Board through periodic, independent evaluation of data on such Contacts.

The Board wants the Chief of Police to establish procedures regarding Contacts that comply with principles such as that “procedures will ensure compliance with the Canadian Charter of Rights and Freedoms generally and, in particular, the s. 9 protection against arbitrary detention and the s. 15 right to equal treatment under the law.”

It also wants procedures that will ensure compliance with the Ontario Human Rights Code generally and, in particular, the s. 1 freedom from discrimination based on race, place of origin, age, colour or ethnic origin.

The policy notes that the Chief, in consultation with the Board, will determine the methodology to measure the Service’s effectiveness in policing the community. This measurement will use the systemic impact of Contacts on community confidence in the police as a success metric, consistent with the Board and the Service’s obligation to protect and promote Charter values.

It states that the Chief will consult with the Board to determine the type of data that will be collected for the purpose of review or evaluation and the duration of its retention.

Regarding data collection for investigative purposes, the policy notes that the Chief will establish procedures regarding the collection, retention, use and disclosure of personal information arising from Contacts to ensure several things.

Among these are that Community Safety Notes (“CSNs”) are only prepared for Contacts that serve the purpose of “ensuring public safety” and that categories of information in the CSNs are in compliance with the Ontario Human Rights Code and the Municipal Freedom of Information and Protection of Privacy Act.

“The Chief will ensure that personnel at all levels, as appropriate, receive the training necessary to conduct Contacts in accordance with the law and Board policy,” the draft policy states.

There will also be instruction about the principle enunciated by the Supreme Court of Canada (e.g., in R v. Grant) that detention can be psychological and that restrictive police conduct can create a detention.

The training will also include instruction about the importance of telling an individual that they are free to leave if they are not detained or arrested.

Police officers will also include instruction about the use of respectful language, tone and demeanour during Contacts.