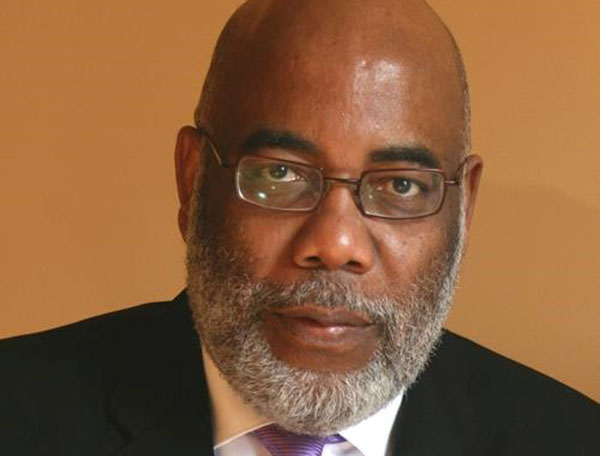 Jones, who was with the station from its inception in 2011, did voice-overs for its commercials and produced the popular morning show, Mark & Jem In The Morning, for a year. He also co-hosted the informative and educational talk show, Grapevine, with the station’s Founder, President, CEO and Station Manager, Fitzroy Gordon.

Starting on Sunday, March 30, Jones, who is a weekly health care columnist with Pride News Magazine, will strike out on a new independent broadcasting journey, hosting and producing his own two-hour talk show on York University’s community radio station, CHRY 105.5 FM.

Each week the two-hour show, “Allan Bucka Jones Live”, which will broadcast from 3pm to 5pm, will have one hour dedicated to general community concerns and issues, and the other covering health education. There will be interactions with guests, the host and listeners who call in to the program.

For over 24 years Jones has maintained active involvement in the Canadian pharmaceutical industry, working for a number of brand name pharmaceutical companies. He is now a health and wellness consultant at Jones & Jones Medical.

In May 2011, he was presented with a Media Award of Excellence by the Sickle Cell Awareness Group of Ontario, for his contributions to sickle cell disease awareness. Jones, who turned 60 recently, is the President of the Sickle Cell Association of Ontario and co-chair for Advocates for Black Health Improvement.

He has worked with the Canadian Cancer Society, Canadian Diabetes Association, the Heart and Stroke Foundation and a number of community health organizations.

An accomplished reggae concert promoter since 1987 – who co-founded, with Denise Jones, Jones and Jones Productions Ltd. for which he is the Director of Sales – Jones was responsible for bringing great reggae acts, like Culture and Ernie Smith, to Toronto audiences.

Jones, an intelligent, witty, gentle giant with a booming, silky voice, which he uses to great effect as an emcee, singer, comedian and actor, also co-founded Reggaebana, Brambana and the now ultra-popular two-day Jambana Festival, for which he is a producer.

“The program will deal with issues, create dialogues, and try to stimulate listeners to make decisions that will impact positively on their lives,” says Jones, who co-emceed the African Canadian Achievement Awards (ACAA), last month.

He went on to point out, “The show will be a serious one with funny interludes.”

A veteran of several theatrical productions in Jamaica, where he was born in Kingston, Jones has performed with some of Jamaica’s best actors. In Canada, he has had theatrical success as an actor, producer and director.

Assisting Jones, who is also a member of the Board of Directors of the Jamaican Canadian Association (JCA) serving as the organization’s chair for the Education and Culture Committee, on his new talk show will be Associate Producers, Dr. Nadine Wong and Esther Phills.