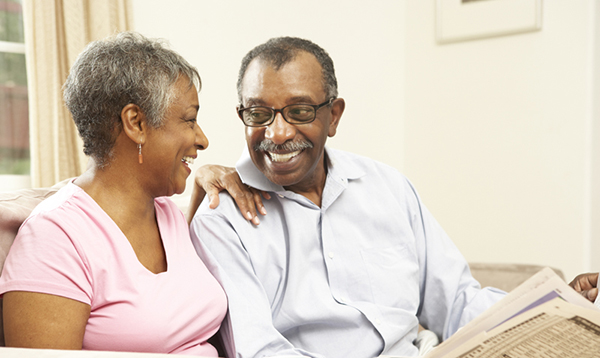 Close to 11 million Canadians – 60 percent of the workforce – do not have access to a workplace pension plan, according to the Canadian Association of Retired Persons (CARP), which suggests that a looming pension crisis may lie ahead as the baby boom generation moves into retirement.

“With no pension or only a small one and after years of steadily increasing real estate prices, many individual’s largest retirement asset may be their home,” says Irwin Choleva, a Chartered Professional Accountant (CPA, CA) and partner with Shimmerman Penn LLP in Toronto. “It’s likely that many will want to leverage the equity they’ve built up in their homes as a source of cash flow.”

There are many ways people could access their equity, such as selling their home and downsizing to a cheaper one or even renting while also cutting back on their lifestyle, an approach that enables individuals to access some of their equity without incurring any additional debt.

“Some people’s retirement dream involves moving to a smaller house away from the city,” says Paul Morton, CPA, CA, of Ginsberg Gluzman Fage & Levitz LLP in Ottawa. “Many others may not want to move away from family. For them, the benefits of downsizing may be less, especially given that the appreciation in real estate has made even smaller condos quite expensive.”

For retirees who are determined to stay in their homes, what other options do they have? Two of the most popular choices are a reverse mortgage or a traditional line of credit. Since both are designed to allow homeowners to borrow against the equity in their homes, individuals need to consider whether they would be able to sustain the associated debt over the longer term, assuming for example they live longer than the average person.

Individuals over 55 years of age may be eligible for a reverse mortgage, allowing them access to up to 50 percent of their homes’ value. The actual amount obtainable through a reverse mortgage depends on the appraised value of the home and the ages of the homeowner and his or her spouse. As long as they continue to live in their homes, homeowners aren’t required to make any principal or interest payments. The reverse mortgage comes due when the home is sold, the last surviving homeowner dies or the homeowners no longer permanently reside in the home.

“Reverse mortgages are primarily designed so seniors can avoid the turmoil and upset of being forced to move out of a home they can no longer afford and find other accommodation,” Choleva says. “Once they receive the funds, there are no restrictions on how the homeowner uses the money except when there is a pre-existing mortgage or a secured line of credit on the house, in which case those debts must be retired first with the funds received from the reverse mortgage.”

Individuals can choose to receive the funds as a one-time lump sum payment, an annuity with a monthly cash payment, a combination of a smaller lump sum and smaller annuity, or they may draw down the funds as needed.

“Reverse mortgages have many attractive features,” Choleva says. “Unlike other types of loans, if the interest and principal of a reverse mortgage exceed the net fair sales value of the home at the time the mortgage is due, the homeowner or his or her estate is not required to pay the difference.”

On the other hand, Choleva cautions, reverse mortgages also have some less appealing aspects that homeowners need to consider.

While they are not required to do so, homeowners do have the option to pay the interest on the loan annually.

An alternative to a reverse mortgage that homeowners may wish to consider is a secured line of credit, Morton says.

For homeowners who can afford the required monthly payments, Morton believes lines of credit may provide them with better options, particularly around interest rates and repayment flexibility.

“Today’s low interest rates won’t last forever,” Morton says. “When they start to rise – and they will eventually – so too will the rates rise that are charged on a reverse mortgage. Those rates are already significantly higher than today’s market rates for other mortgages and loans. Five or ten years from now, when the prime rate is higher, they may be well above what the homeowner can handle.”

By contrast, interest rates on secured lines of credit are as low as the prime rate plus one-half percent. While homeowners do have to make monthly payments on a secured line of credit (unlike a reverse mortgage, where no payments are required until the loan is retired at death or the sale of the house), many lines of credit require payments of interest alone and not principal.

“If the homeowner comes into some money, perhaps through the sale of another asset such as cottage or the maturing of another investment, they can use that money to pay down the line of credit,” Morton says. “A reverse mortgage doesn’t offer that flexibility.”

While reverse mortgages and traditional secured lines of credit each have some attractive features and offer similar benefits, there are differences between the two. Both Choleva and Morton recommend that individuals consult a Chartered Professional Accountant about the benefits and risks associated with these and similar products, as well as other strategies that would best meet their needs and circumstances.

Brought to you by the Chartered Professional Accountants of Ontario.