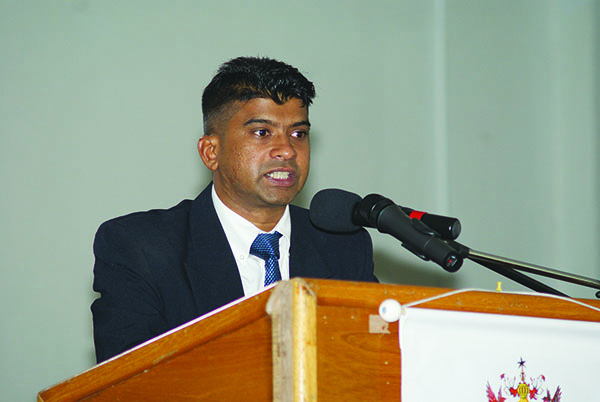 Former T&T Government Minister Denies Sexual Allegations Made Against Him

PORT OF SPAIN, Trinidad CMC – Sacked government minister Dr. Glen Ramadharsingh has denied allegations that he had a woman perform sexual acts on him when she went for assistance to fast track an application with the Housing Development Corporation (HDC).

The Sunday Express newspaper in a front page story said that Patricia Singh, 47, accompanied by her attorney Nizam Mohammed had gone to the police last Friday to report the matter.

The paper said the alleged sex acts occurred at the office of the then minister in 2011 and eight weeks ago.

But in a  brief statement, Ramdharsingh, who was fired last month by Prime Minister Kamla Persad Bissessar over his disorderly conduct onboard a domestic Caribbean Airlines (CAL) flight, said the allegations made in the article were untrue.

“I wish to categorically and unequivocally refute all allegations contained in the aforementioned article, and to further state that such a report is misleading, baseless and without any merit whatsoever.

“As such, given the gravity of the matter, and the personal hurt, pain, and psychological suffering it has brought to me and my family, I have now referred this matter to my Legal Counsel/Attorneys for their immediate attention and to take all necessary steps to stop the publication of any further article, electronic, printed, or otherwise, which may be injurious to my reputation, and in addition to restore my personal and that of my family’s identity and reputation.”

In the newspaper article Singh, a single mother of three, is reported to have told police officers, in spite of her objections, she was made to perform the sex acts on Ramadharsingh.

Singh, a part-time domestic worker, claimed she has had sleepless nights since committing the sex acts on Ramadharsingh and expressed fear she would be harmed if she spoke out.

The newspaper also published a sworn Statutory Declaration in which Singh speaks of her disapproval over performing the sex acts and that she intends to file a complaint with the Integrity Commission this week.