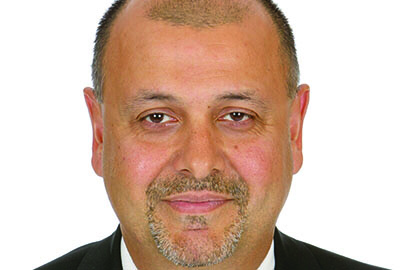 Jamaicans Donate To SickKids And Recruit For Pan Am Games

TORONTO, Ontario – The SickKids-Caribbean Initiative recently got a boost with the donation of a cheque of $10,000 from one hundred Jamaicans in Toronto.

The project works with stakeholders across the English-speaking Caribbean to improve the outcomes and quality of life for children with cancer and blood disorders and their families.

Using the visit of Gina Hargitay, Miss Jamaica World/Miss World Caribbean, to invite 100 exclusive guests to a reception in the members’ lounge of the Jamaican Canadian Centre on April 1, organizers raised funds for the program which has been facilitating treatment for ill children for the past 12 months.

Dr. Upton Allen, division head of infectious diseases of the Hospital for Sick Children (SickKids) said the expectations of the project came out of the needs of the Caribbean as identified by the Caribbean countries.

“And so, we set out certain targets that are centred around improving clinical care, improving laboratory diagnostic services, capacity building, telemedicine, a research infrastructure and a registry infrastructure. Those all came out of a needs assessment,” he said.

Dr. Allen, a Jamaican, who is also a professor of paediatrics and health policy management and evaluation at the University of Toronto, said SickKids did not say to the Caribbean countries “this is what you need. They told us what we needed and that defined the expectations.”

He said with that they then worked out what they thought would be a reasonable budget to address those expectations over five years – a sum of $8-million.

The six participating Caribbean countries in the initiative are Barbados, Jamaica, St. Lucia, St. Vincent and the Grenadines, The Bahamas and Trinidad and Tobago.

“I think its important to recognize that we’re talking about being able to have a transformational effect but what’s also important is at the same time to build the infrastructure that will enable sustainability. That is going to be key so this initiative is over five years but cancers don’t stop at five years from now so we want to build the infrastructure to maintain that sustainability,” said Dr. Allen.

Colin Hennigar, associate director of SickKids Foundation, said there has been an unbelievable support from the Canadian Caribbean community and the Caribbean region.

He said a very generous woman from St. Lucia recently turned 60 and asked all of her friends to donate $60 at her birthday party thus raising $11, 000 that evening for SCI.

“We’ve been very fortunate to reach out to the community and the community has reached back and supported us that way. So we’ve raised just over $7-million towards our $8-million goal from both donors in the Caribbean and donors in Canada.”

The evening was also used to recruit volunteers for the 2015 Pan Am and Parapan Am Games which will be held in Ontario, starting in July of next year.

Seth George Ramocan, Jamaica’s consul general to Toronto, likened the work of the Jamaica 50 committee to that of a first relay and said the launch of the recruitment drive for 2,000 Jamaican Canadians for the Games was the second relay to get more gold.

He lauded the committee for the work that it did celebrating Jamaica’s Independence in 2012, and several Jamaica 50 volunteers were recognized with awards for their work.

The committee was chaired by Pamela Appelt and Joe Halstead who were also in attendance.

Hargitay spoke of the importance of sports in one’s development, noting that, “Sports isn’t just about winning or losing but what we learn from every game.”

David Peterson, chair of the board of directors of TORONTO 2015, the organizing committee of the Pan Am and Parapan Am Games (TO2015), said Joe Halstead, a Jamaican, was involved in Toronto’s bid for the Games and they also won the support of Mike Fennel who represents Jamaica on the Pan American Sports Organization (PASO).

“These games are the biggest in the history of Canada. It’s an opportunity to show our pride and celebrate our diversity,” he said.

Saad Rafi, CEO of TO2015, said during “The People’s Games,” Ontario will be front and centre on the world stage and that this would be the best ever Pan Am and Parapan Am Games.

He said the games will be affordable and that 75% of tickets will be under $45, which is a rarity at international events.

The Games will be held across 16 municipalities and will celebrate the rich cultural diversity of the region.

TO2015 kicked off a campaign on April 7 to recruit 20,000 volunteers, which it said will be the social legacy of the Games.

“Our volunteers will be the heart of the Games,” he said.

In terms of sports legacy, there will be 10 new builds and 15 renovations and its economic legacy will be 26,000 jobs.

Rafi said the Pearson Air Link and the West Don Lands athletes’ village project have been accelerated by five years.

There are also community programs such as Ignite, Kids ‘n Play and Honour an Athlete. Panamania, a festival of contemporary arts and culture, will run for five weeks during the Games in 2015.

Rafi said there are plans to promote the international sports event on landmarks such as Terminal 1 at the Pearson International Airport, public transit and the island ferry.

The emcee was Allan Jones who showed moments of races involving Jamaican athletes being victorious. The opening prayer was offered by Mark Joseph of Kisko.