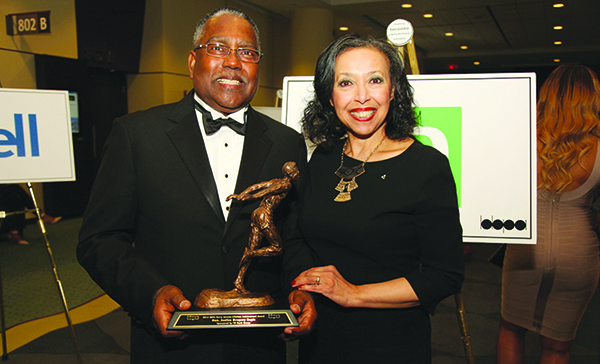 TORONTO, Ontario – For more than three decades, the Black Business and Professional Association (BBPA) has hosted the annual Harry Jerome Awards (HJA), which celebrates excellence and seeks to inspire its community. In this its 32nd iteration, the gala event afforded almost 1,000 attendees to applaud and pay homage to individuals making indelible marks in their fields of expertise. As the show began on Saturday, April 12, 2014 at the Metro Toronto Convention Centre, in the heart of Downtown, Toronto, the sky seemed to welcome award recipients with its warm spring drizzle, as if affirming that it was time to pause for a moment in honour of our brothers and sisters.

Each year, a theme sets the tone for this, one of the most anticipated national gala events. This year,  “Reaching Beyond the Stars” was an apt foundation to extol the accomplishments of men and women  who have stretched and pushed themselves beyond what many thought was possible. When asked the  reason behind the theme HJA Chair Angelina Williams notes that with a “community still growing and  getting better,” the BBPA and the HJA wanted to encourage and see best practices implemented t  throughout the business community. A Canadian born independent Business Consultant of Jamaican  parentage, Williams accredits her inspiration for the theme to a sculpture on her bookcase illustrating a  firm footing, the climb to success and the proverbial reach for something outside one’s self.

It is fitting then that the pre-dinner festivities began with a Jazzed rendition of Bob Marley’s, Waiting In  Vain, reminding us to step out and be noticed. With guests settled, Rhonelle Patrick delivered a soulful  rendition of both the Canadian and the Black National Anthems, setting the tone for an evening of  celebration and motivation.

As is to be expected, the story for each of the 16 awardees is one of excellence and they each easily  stand on their own merits. Academics Award winner Andrew Ojo points out that it is through helping each other, that individuals will succeed, as he has achieved his personal milestones. Ojo notes that excellence is, “A mixture of two things: Having success and reaching tangible benchmarks in a field, and also being satisfied with what you are doing. That’s the most important thing at the end of the day – that you are happy with what you are doing. Then, success will follow naturally.”

This is the calibre of character that walked across the lit stage gripping the sinewed statuette of the legendary Harry Jerome, arms flung back and chest shoved out in fervent determination to succeed. One such man is Justice Donald McLeod, President’s Award recipient, who says that while it is humbling to receive the award, he feels the need to, “do so much more now.” McLeod notes that, “When we are going about our daily duties, the expectation is that we be good enough in what we do that people will take pride in the way that we are.” His encouragement continues with this nugget: “We all have to get ourselves galvanized as a unit, in order to propel ourselves as a movement.”

When asked about excellence, Justice McLeod articulated thus: “The phrase that I’ve used is, ‘Excellence without excuses.’ You have to conduct yourself to such a degree, that those persons who are looking on, recognizes your reputation. If they recognize your reputation before you get there, that is excellence. 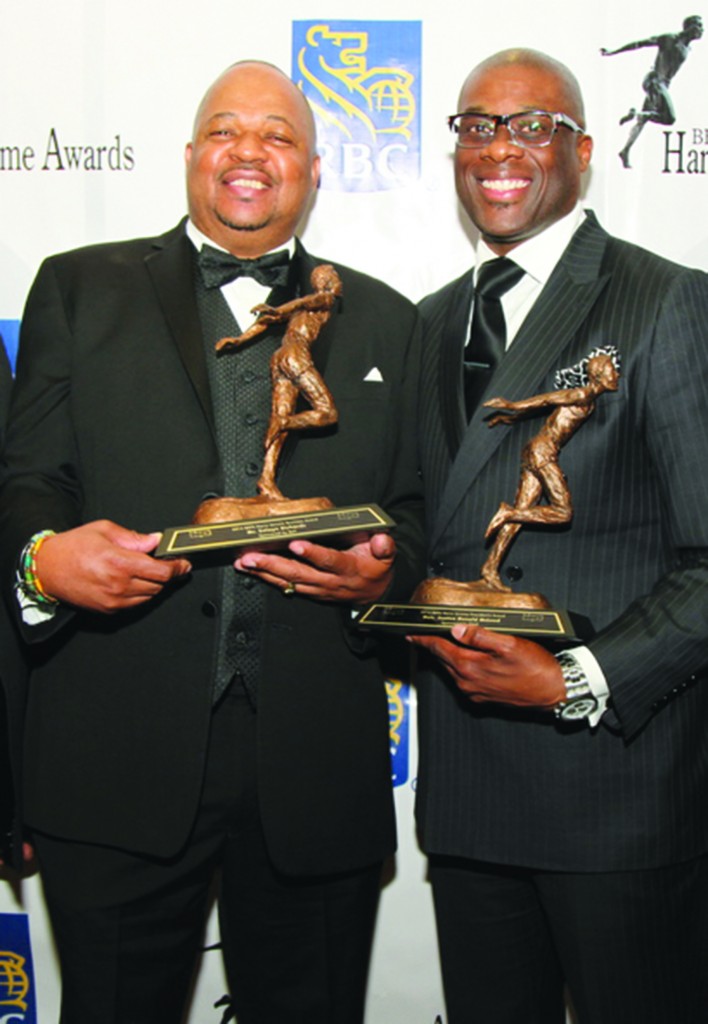 He continued to point out that, “We as a community have to start moving towards  that experience. We can’t continue to settle for second. That means with our  children’s school grades, it means with our expectations from the government, it  means expectations even of the papers that we read. Whatever we do, if they expect  excellence from us, they cannot give us mediocre.”

It is surreal then that McLeod, a new appointee to the bench, echoed the celebrated  jurist on the cusp of retirement, Justice Gregory Regis conferred with the Lifetime  Achievement Award.

The Honourable Justice Gregory Regis was appointed to the Ontario Court of Justice  on January 4, 1999, and assigned to sit in Oshawa, while also presiding in other    locations within the Central East Region. In 2004, he was appointed Local  Administrative Judge (LAJ) in Oshawa. Three years later in, 2007, Regis was  appointed Regional Senior Justice for the Central East Region, becoming the first  non-white person to hold that office.

Called to the Ontario bar in 1985, the Osgoode Hall Law School (York University)  graduate says, “I’ve received a number of awards before, but I would say this is  definitely the greatest award and the greatest feeling that I’ve had, because of where this award comes from. This award comes from my community, it comes from the Black community, it’s so very special. I’m very excited and proud – sometimes it’s difficult to express it, this really is a special occasion.”

Filled with gratitude, a smiling Regis has words for a community sometimes lacking in self-identity. “We need to continue to be engaged, we need to shed the view we have sometimes that we are not part of society – that we are just visiting.” He continues, “We need to change that mindset and say, ‘Yes we are Canadian; we are part of the society, and we need to be full participants.’”

A community activist, there was a cogent message he wanted delivered. “To the youth I would say, ‘Many obstacles will confront you, they are there, but you are not to let that break you. There is always a way around obstacles. It may not be what you think of initially, you may bang your head a number of times, but the idea is, when you bang your head, regroup and try again. Stay optimistic.’

“Excellence is always trying to put your best forward,” says Justice Regis. “It’s not necessarily about achieving a particular mark, but it is about trying your best, and doing it with dignity, and doing it with pride and [as if you are on] a mission. If one looks at those qualities, you will always end up in an excellent position. And reject mediocrity – Some people say average is okay, reject that.”