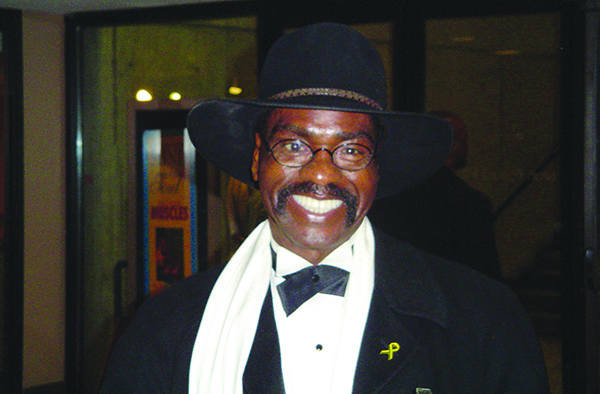 TORONTO, Ontario – When, in the course of human events, we experience adversity, hate and injustice, some recline into a state of perpetual despair or fetid mistrust of ‘the system’ that’s seen as the enemy of their innate freedoms and general human rights.

Such was not the case of a man convicted of triple murder and later freed, after spending two decades in prison.

His fortitude and resilience were the impetuses behind the bestowing of the 2004 Founder’s Award from Pride News Magazine’s African Canadian Achievement Awards (ACAA).

On Sunday, April 20, 2014, the earth sighed, ever so slightly, when the final bell rang at the death of Rubin “Hurricane” Carter – he was 76 years old. Born in Clifton, New Jersey on May 6, 1937, Carter’s youthful years found him in juvenile detention, before leaving to join the United States Army in 1954.

While deployed in West Germany, the energetic young man found a passion in boxing, and began competing for the US Army. Two years later, he found himself back in the US, discharged from the Army, and on the wrong side of the law.

Determined to explore his found passion, in 1961 Carter returned to the ring as a professional middleweight boxer. ESPN reports that, “After knocking out 36 amateur opponents, Carter made his professional debut on Sept. 22, 1961, at Annapolis, [Maryland] winning a four-round decision over Pike Reed. Then came a string of knockouts – 11 in his next 14 fights.”

His raw power and ability to unleash either one furious punch or a rapid-volley of fists earned him the nickname Hurricane, and it was made clear to the boxing world, that Carter was one to watch.

By 1962, the 5 feet 8 inches, 155 pound Hurricane with shaven head and daunting stare appeared regularly on nationally televised bouts from Madison Square Garden – when New York was a major boxing hub.

Arguably a number one contender for the middleweight belt at his prime, whether Carter would have been a title champion we will never know. In a 15-round 1964 decision to middleweight champion Joey Giardello, Hurricane lost his only title fight.

Before that bout, Carter had won 20 of his first 24 fights, including 13 by knockout. With that record, and an Army boxing card of 51 wins in 56 fights, including 31 by KO, the dim light of 1960’s law enforcement found Carter and forever changed his life while altering history.

In the early morning hours of Friday, June 17, 1966, two white men and a white woman were shot dead at the Lafayette Grill in Paterson, New Jersey. Within an hour of the report, police pulled over Carter and an acquaintance, John Artis, who were in a car similar to the one driven by the alleged murderers. They were taken to the police station, where both passed a polygraph test and were eventually released.

On August 6 and in the midst of a grand-jury investigation into the killings, Hurricane lost his last fight, a 10-round decision to Juan “Rocky” Rivero. August 1966 saw Carter and Artis charged with the triple murders.

Convicted felons Alfred Bello and Arthur Bradley serving as the prosecutor’s main witnesses testified that they saw Carter and Artis at the scene of the crime. An all-white jury convicted the two defendants on May 27, 1967. Carter and Artis were each sentenced to three sentences of life in prison.

In 1974, Bello and Bradley recanted their stories, saying they were pressured by authorities to offer false testimony against Carter and Artis, whom the authorities reputedly referred to as “animals” and “niggers.” [sic]

The case gained national attention through The New York Times’ investigative stories while from Rahway State Prison in New Jersey, Carter wrote his autobiography, “The Sixteenth Round,” published in 1974.

Inspired by and outraged by these events and what he saw as miscarriage of justice, American singer-songwriter Bob Dylan penned and performed “Hurricane” for the first time a year later. Benefit concerts for Carter were held at Madison Square Garden and in Houston to help with his legal defense and exoneration.

Attorneys for Carter and Artis convinced the New Jersey Supreme Court to hear their appeal, and both convictions were overturned in March 1976.

During a second trial, Alfred Bello returned to his original testimony, while the prosecution claimed that the murders were racially motivated and in retaliation for the killing of a black tavern owner by a white man that same day.

On December 22, 1976, Carter and Artis were again found guilty. Artis was granted parole in 1981, but Carter remained in prison.

In 1980, Carter received a letter from Lazarus (Lesra) Martin, a young teen who had read his autobiography. Martin, an American who was living and being tutored in a Toronto commune, met and befriended Carter.

The Canadians moved to New Jersey and helped Carter’s legal team. They discovered a number of improprieties with the case, including documentation that the prosecution had suppressed evidence.

Four years later, in November 1985, federal district judge H. Lee Sarokin released Carter on the grounds that the convictions “were predicated on an appeal to racism rather than reason, and concealment rather than disclosure.”

It took two years before authorities decided against a third trial, and the original indictments against Carter and Artis were permanently dismissed on February 26, 1988.

The Hurricane began a new life in Toronto, moving in with the Canadians who helped secure his freedom. He spoke out against the justice system and became a strong advocate for individuals imprisoned whom he believed to be innocent.

In 1993, he helped found the Association in Defence of the Wrongly Convicted and became its executive director. Carter also became a motivational speaker, travelling around the world, sharing the stage with world leaders.

His life was given greater exposure with the release of the 1999 film The Hurricane, starring Denzel Washington and directed by Canadian filmmaker Norman Jewison.

It could easily be argued that Carter sought heaven on earth for those thinking themselves in hell. “To live in a world where truth matters and justice, however late, really happens, that world would be heaven enough for us all,” he noted.

Perhaps it is more profound because he spoke from a place of intimate knowledge, yet had no animosity. “There is no bitterness,” he said in 1999. “If I was bitter, that would mean they won.”

This is the platform from which Pride News Magazine’s African Canadian Achievement Awards (ACAA) honoured Rubin “Hurricane” Carter in 2004 with its Founder’s Award.

President of the ACAA, Joan Pierre, says the Founder’s Award is reserved for individuals, “who go out of their way to help others.”

Pierre noted that Carter was, “A humble person. You didn’t know what to expect (when you met him), knowing what he’d been through. You wanted to just hug him for who he is – a heart full of love for people.”

She went on to liken him to Nelson Mandela, who after going through his own ordeal still wanted to help others.

“There are not many human beings like that on this planet – unfortunately.” Of his passing Pierre said, “That’s a void for us; who is going to take up the mantle and run with it?”

Our past is never as important as our present or our future – from Hurricane carter we can learn to change and shape our destinies with our own hands and rewrite our own histories.

Sleep Well Mr. Carter, and we, here, will be mindful to blow on with the passion of your wind.