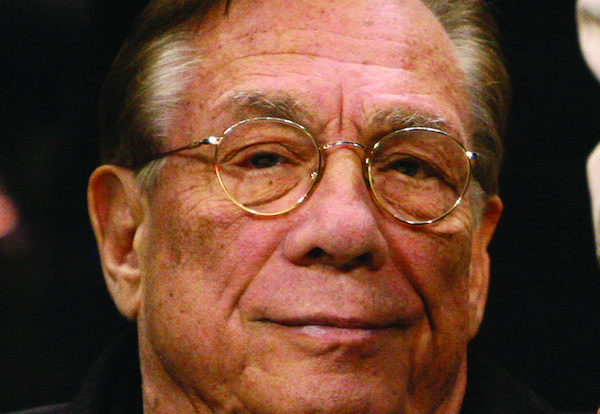 National Basketball Association (NBA) Commissioner Adam Silver has announced that the league has banned the franchise owner with the longest tenure, Donald Sterling for life and has fined him $2.5 million, the maximum allowable fine under NBA rules. The ban means that Sterling cannot be associated in any way with the NBA in any fashion. Silver notes that though franchise owners must vote with a ¾ majority to force a sale by Sterling, the ban is independent of his ownership and will remain in place. The commissioner says, he fully expects the complete support of all franchise owners. Silver says he will, “urge the other owners to force the sale of the team.”

On or about April 9, 2014, Donald Sterling who has an estimated net worth of almost $2 billion,  and purchased the Los Angeles Clippers for approximately $12 million was allegedly recorded by his girlfriend V. Stiviano in what amounts to a rant bemoaning her public association with Black people. Approximately two and a half weeks later, during the weekend of April 26, 2014, portions of that reportedly over one hour recording, was made public by gossip media house TMZ.

Following Ms. Stiviano’s posting a picture of herself with NBA legend Magic Johnson on a social-media site, the recording indicates that Sterling, who has owned the L.A. Clippers for thirty years said: “It bothers me a lot that you want to broadcast that you’re associating with black people. Do you have to?…Don’t put him (Magic) on an Instagram for the world to have to see so they have to call me…And don’t bring him to my games.”  Those comments represent a small portion of the almost ten minutes made public.

Stiviano, who is herself Black and Latina, continues to question why it was wrong to associate with “black people” in public. To date, at press time, over a dozen sponsors have pulled or suspended support from the Clippers, while being careful to note that their commitment to individual players and fans remain; the NBA has yet to make a determination as to the consequences (if any) that will be levied against Sterling in light of the recording.

The statements have drawn ire from a cross-section of American society, including President Obama who said, “We’ve made enormous strides, but you’re going to continue to see this percolate up every so often.”  He continued to say, “And I think that we just have to be clear and steady in denouncing it, teaching our children differently, but also remaining hopeful that part of why statements like this stand out so much is because there has been this shift in how we view ourselves.”

Magic Johnson, Catalyst for this Sterling’s alleged most recent racist action, has not been silent. “He shouldn’t own a team anymore,” said Johnson, who also said Sterling was one of the first people he met after moving to Los Angeles, where he was a Lakers star for many years.

“I had a friendship with him. So for him to then make these comments, or alleged comments, about myself as well as other African-Americans and minorities, there’s no place in our society for it. There’s no place in our league, because we all get along. We all play with different races of people when you’re in sports. That’s what makes sports so beautiful.”

But there are yet others not so quick to vilify Sterling.  NAACP Los Angeles president Leon Jenkins said that while the recording was “devastating,” the organization would be open to talking to Sterling, with whom they’ve worked for nearly 20 years. “God teaches us to forgive, and the way I look at it, after a sustained period of proof to the African American community that those words don’t reflect his heart, I think there’s room for forgiveness. I wouldn’t be a Christian if I said there wasn’t,” Jenkins said.

While Sterling himself is yet to make a statement,  LA Clippers President Andy Roeser said  the team did not know if the tape is legitimate or has been altered. Roeser said that Donald Sterling told him that Stiviano had previously said she would “get even” for the lawsuit brought by [Sterling’s wife] Rochelle Sterling.

The team released a statement saying, “Mr. Sterling is emphatic that what is reflected on that recording is not consistent with, nor does it reflect his views, beliefs or feelings. It is the antithesis of who he is, what he believes and how he has lived his life.”