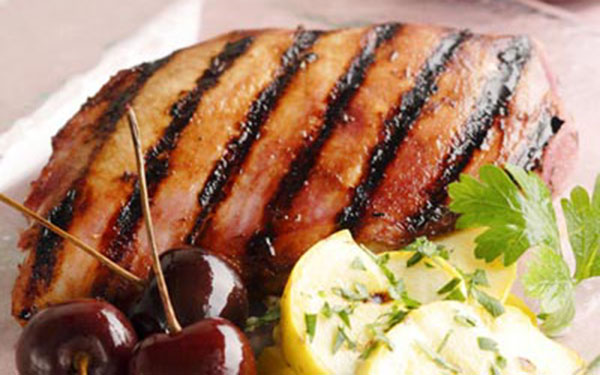 Stir cherries, broth, preserves, ketchup, vinegar, chipotle peppers, thyme and allspice in a small deep bowl. Transfer to a shallow non-reactive dish large enough to hold chicken. Add the chicken and turn to coat well. Cover and marinate in the refrigerator for at least 2 hours or overnight. Preheat grill to high. Oil the grill rack. Remove the chicken from the marinade. Transfer the marinade to a medium skillet. Reduce the grill heat to medium and grill the chicken until cooked through and no longer pink in the middle, 7 to 9 minutes per side. Meanwhile, bring the marinade to a boil. Reduce heat to a simmer and cook until the sauce is reduced by about half, 12 to 15 minutes. Let the chicken cool slightly; serve with the sauce. Serves: 8. 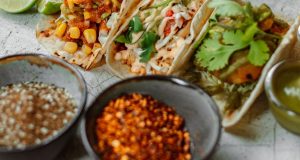 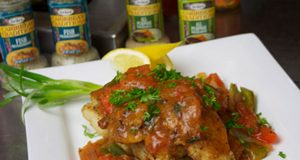 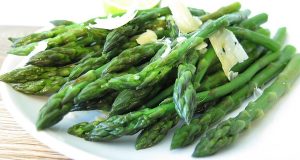 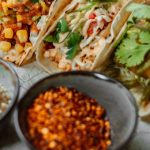 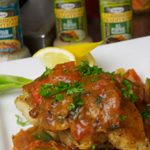 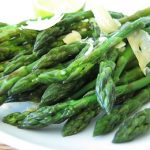 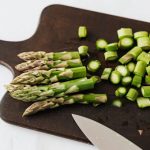 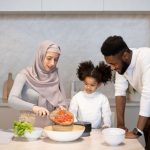 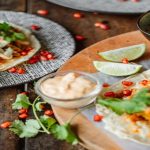