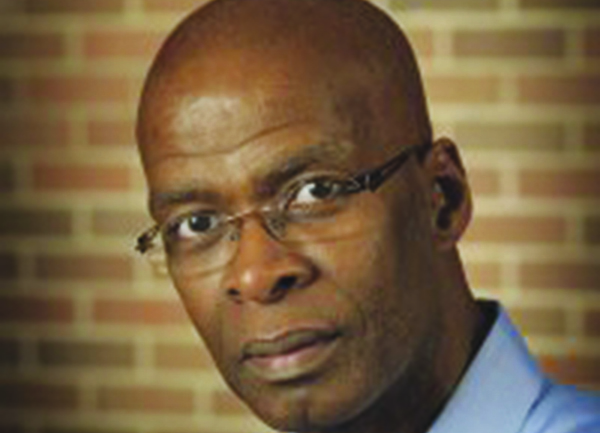 TORONTO, Ontario – The education of Caribbean and Black students in the diaspora was the focus of the second annual community town hall forum, Network Caribbean: Engaging the Diaspora – Enriching the Caribbean, organized by Western Union & GraceKennedy in Toronto, Canada on May 10.

Held under the auspices of the Caricom Consular Corp and in partnership with the Canadian Alliance of Black Educators (CABE) at St. Lawrence Centre for the Arts, it followed similar events held in New York and Miami.

“We believe that the single greatest gift that we can give to our children is the gift of education,” said Michelle Allen, CEO of GraceKennedy Money Services, noting that the company, through its Western Union brand, has invested in education at the primary level.

Allen announced the re-launch of the GraceKennedy Jamaica Birthright Program that the company implemented in 2004 and ran until 2009.

The program, which will resume in summer 2015, is a paid cultural and professional internship aimed at highlighting all aspects of Jamaican life while furthering the career goals of the selected candidates.

It targets first and second generation Jamaican university students – four in total. One student will be selected from Canada, two from the USA (Florida and the Tri-State Area) and one from the U.K.

Applications will open on October 1, 2014 and will close on December 31. The students will go to Jamaica for one month, July, and the company will provide housing, a business internship and a variety of weekend programs that will expose them to their Jamaican heritage.

In his presentation examining student achievement in the Caribbean diaspora in Canada, Dr. Carl James, director, York Centre for Education and Community, York University, noted that many Black students are not applying to universities.

Using data from the Toronto District School Board and Statistics Canada, he noted they would not give, in any solid way, the actual population, given the particularities of data.

The 2011 National Household Survey notes that the Black Canadian population is nearly 1,945,665 or about 2.9% of the Canadian population. Of that, about 540,000 or about 4% reside in Ontario and about 10% in the Greater Toronto Area, from Ajax to Oakville.

Dr. James noted that a large number of that Black population is from the Caribbean.

According to the TDSB data there are 50,820 students in the school board and about 5,679 described themselves as Black, which means a significant number of them are of Caribbean background.

The majority of them (71%) were born in Canada, however where parental place of birth is stated, 90% are first or second generation, not students who came here from the Caribbean.

He said the TDSB is the only board, despite criticisms, that has data like this to allow researchers to talk in an informed way about the situation of Caribbean students and Black students, in particular.

Dr. James thinks other boards should be encouraged to do the same.

The majority of the Black and Caribbean students are of Jamaican background and the others are from St. Vincent and the Grenadines, Trinidad, Grenada, Antigua and other islands.

The TDSB survey asked the students what did their parents expect them to do after high school: 38% said attend university, 33% said attend college, 3% said go to work and 20% said not sure. These students were all born in Canada.

The Caribbean-born students response to the same question showed 39% said go to college, 16% said not sure.

When asked about making applications to university, 58% did not apply to postsecondary institutions and 50% of those who were born in the Caribbean did not apply.

He said what was found was that more of the students did not follow through with some of the expectations of their parents and many Black students are not applying to university.

In comparison, more East Africans and West Africans are applying and more of them are doing better in the TDSB.

Dr. James said most of the students who are African and first generation tend to apply to university and do better than the second and third generation students born here of Caribbean background.

He called for a special attention to the generational differences and what would account for so few of them going on to university.

“I do not want to make university the be all and end all. Indeed, there’s much to be gained from going into an apprenticeship program, much to be gained from going to work directly, especially in working in areas that students feel very comfortable in.” However, he said, if university attendance is used as a measure of expectation, of doing well in the Canadian society – one of the things that many parents would want their children to do – what use are young people making of this expectation of parents and how are they able to realize these expectations of parents?

Dr. James said parents say these things to push their children to do well but it is not only Caribbean parents that are saying this, his work with South Asian students in one school in Peel Region shows similar parental expectations.

He said several things account for young people not going forward in their education.

Research has shown that young people feel alienated in the school system, the curriculum does not speak to them, and their experience through the curriculum presented continue to make them feel like they should not be in school.

The other thing, he asked, was where are they in their education program and he noted that many students are not in programs that lead to university.

Acknowledging that it has to do with the school system and teachers, Dr. James also asked, “What are we doing to in order to encourage those young people to get into programs?”

He said if they are not identified they will not get the necessary help needed to enable them to go further.

Dr. James has also noticed that a number of grade 8 students of Caribbean background are transferred rather than promoted in the school system.

Research shows that those who are transferred tend to drop out more and tend not to go on to graduation or to go on to university.

He urged parents to understand the system and the political machinery that is responsible for the educational policies and programs that are here for students to work with.

Dr. Daniel has been involved in the development of a pilot project, The Bridge, aimed at identifying the strategies for supporting the engagement, retention and graduation of African, Black and Caribbean students in post-secondary settings.

The keynote speaker, James Moss-Solomon, executive in residence, Mona School of Business, University of the West Indies spoke on “Economic Integration through Education.”

Greetings where shared by Kirk Mark, president of CABE, Lucky Lankage, president of GraceKennedy Ontario Inc. and Dr. Vidhya Gyan Tota-Maharaj, consul general of Trinidad and Tobago in Toronto on behalf of the Caricom Consular Corp.

The emcee was Naomi Cowan and Nicole Aikman-Smith, Caribbean marketing consultant, GraceKennedy Money Services gave the vote of thanks.