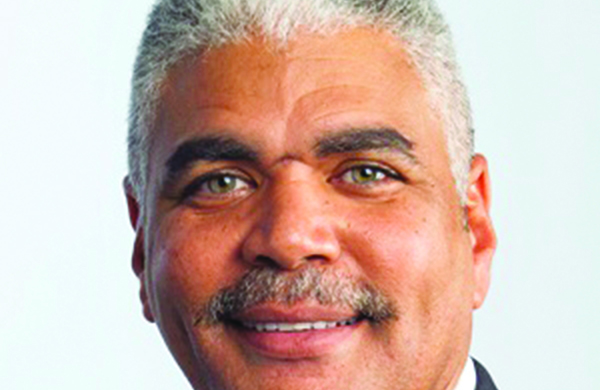 “The Premier, Craig Cannonier, called on me this evening and tendered his resignation as Premier, which I have accepted,”
the Governor said in a statement.

“I have asked the Deputy Premier, Michael Dunkley, to carry out the role of Acting Premier on an interim basis,” he said.
Dunkley said outside the Cabinet Office: “This is a bitter-sweet moment.”

Cannonier, who turned 51 on Saturday when the OBA held its first meeting to discuss the ramifications of the long-running
Jetgate saga, was not immediately available for comment.

Earlier in the day, Dunkley, a dairy owner, said Cannonier had his full support.

Cannonier had been leader for 17 months since the OBA ousted the Progressive Labour Party (PLP) after 14 years in
power with a narrow, two-seat victory in the December 2012 general election.

Monday’s news came after several hours of meetings at Cabinet Office, which ran late into the night.

Jetgate surrounded the use of US tycoon Nathan Landow’s private jet to take the Premier and two of his cabinet ministers
for talks with Landow in America last year.

The crisis deepened last week after Landow confirmed he and a group of other US businessmen had donated US$300,000
to assist the 2012 OBA election campaign, although Landow said cash was wired to a group called the Bermuda Political Action Club and not directly to the OBA.

Landow insisted that no deal was struck during the meeting and said he received nothing from the OBA government in
return for his financial contribution to the party. He denied Cannonier asked him for $2 million in “facilitation money” to
help him make casino gambling a reality in Bermuda.

Landow had been interested in developing a casino in Bermuda but told the Bermuda Sun last week he no longer had
any interest in such a project.

Three months after the December 2012 election victory, Cannonier, along with Tourism Minister Shawn Crockwell, and
Attorney General Mark Pettingill, as well as the Premier’s business manager, Stephen DaCosta, flew to a meeting in the US with Landow and his associates.

Despite Cannonier’s repeated denials of any wrongdoing, the damage caused to a party which won the election on promises
of transparency and honest government proved too much for Cannonier to withstand.

Last Monday, OBA chairman, Thad Hollis, announced his party never received any political contributions from Landow,
and stated the party would launch an internal investigation into the matter.

The PLP has accused Cannonier of not telling the full truth about the junket to the United States.

Government backbencher, Leah Scott, a former Minister without Portfolio, added to the pressure on Cannonier, when she took to her social media account before Saturday’s meeting, to chastise the OBA for its handling of Jetgate, describing revelations as “death by a thousand cuts”.