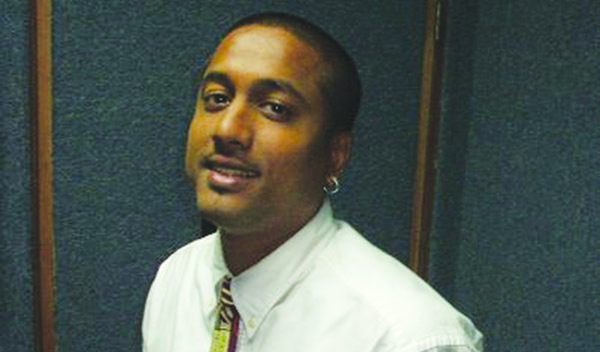 PORT OF SPAIN, Trinidad CMC – Canada says it views with “great concern” reports of a death threat made against a Trinidad and Tobago journalist even as Acting Police Commissioner Stephen Williams said the threats against the journalist may be as a result of his own wrongdoing.

The Canadian High Commission in a statement said, the “government of Canada view with great concern stories in the media of Trinidad and Tobago about death threats against a local investigative journalist.

“An open, democratic, transparent and accountable society is one where all citizens and media can express themselves freely, no matter their position on public issues.”

Senior investigative journalist with the Caribbean Communication Network (CCN) TV6, Mark Bassant, has been forced to flee the country after receiving a number of death threats, head of news at the television station, Dominic Kallipersad has said.

Kallipersad told television viewers on Wednesday night that Bassant had received the threats while working on sensitive investigative material and that both National Security Minister Gary Griffith and Williams had been made aware of the hit on the journalist.

The Trinidad Express newspaper, a sister company of the television station, reported that “key underworld criminals” had made the death threat against Bassant.

Bassant told the newspaper that on May 7, “I got a call from a very reliable underworld source that certain criminal elements wanted to harm me because of stories I wrote recently that were showing them up.

“I made a report on it. The next day I was liaising with certain police officers involved in a specific investigation, only to later learn from other trusted sources that these same officers who I had spoken to earlier were leaking information about me and what I knew to the said individuals who orga­nized for my demise.”

In its statement, the Canadian High Commission said that “the Government of Canada, as part of its Strategy of Engagement in the Americas, continues to advocate for the protection of freedom, democracy, human rights and the rule of law.

“The media must be free to act as the voice of the people, the watchdog of democratic principles and the advocate of free and fair reporting.

“Canada condemns this and all attacks on the media fraternity. We will continue to work with our local partners to support the efforts of all Trinidad and Tobago citizens who struggle to maintain a media environment free of censorship, intimidation and interference,” it added.

Meanwhile, Williams, speaking on a radio program here on Friday, said the death threats Bassant may have been as a result of the journalist’s own wrongdoing.

“Firstly I would like to confirm that a report was made by Mr. Mark Bassant to the head of the Criminal Gang and Intelligence Unit based on what he alleges is a threat against his life. That matter is being investigated right now.”

But he told radio listeners that “there were a lot of statements and utterances made by Mr. Bassant which have been very irresponsible on his part on things which are incorrect, which I know as a fact are incorrect which I can just put in the public domain, based on the office I hold and the access to information I have. And some of that, I believe, may have triggered the issue of a threat being made against Mr. Mark Bassant.”

But Williams made it clear that the Trinidad and Tobago Police Service (TTPS) has a responsibility to protect every citizen of this country.

“Any threat against any citizen of this land is a serious matter and we (the TTPS) take it seriously and pursue it vigorously, and I can tell you the unit is treating it with utmost level of responsibility,” Williams said.

The top cop said he was also aware of there being errant police officers within the TTPS.