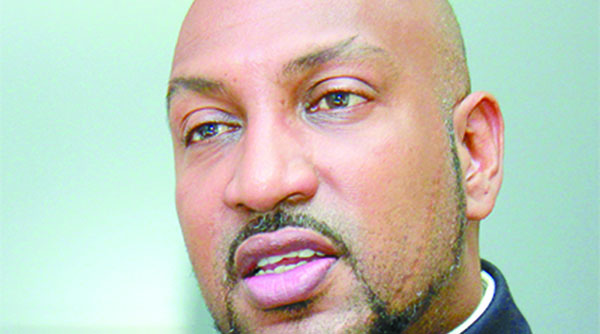 PORT OF SPAIN, Trinidad CMC – The Congress of the People (COP) party has suspended Sports Minister, Anil Roberts, as the fallout continues, over a video that showed someone resembling a minister, partying with marijuana and women in a hotel room.

COP Leader, Prakash Ramadhar, said, that COP executive, which met on Monday night, had also taken a decision to ask the embattled Sports Minister to resign as a Cabinet member until the issue surrounding the video is determined.

Roberts had last week indicated that the matter surrounding the video was now in the hands of his lawyers and had decided against cooperating further with the COP, the second biggest partner within the four-party coalition government, when it met with him to discuss the matter.

Speaking to the media after Monday night’s meeting, Ramadhar said the executive decided to suspend Roberts and ban him from all party activities.  He said the party was also ready to battle Roberts in the courts should he take any legal action against the party.

Ramadhar said these decisions were taken after “deep and serious” consideration.

“The party has decided that in the circumstances where Mr. Roberts was invited and he did in fact attend a meeting and did not cooperate as well to clarify many of the issues that were raised in that meeting … until he does so the COP will not allow him to participate or represent the party in any form or fashion,” said Ramadhar.

He said when there is an allegation of public wrong doing, the party’s position is consistent and that person should step aside.

“He (Roberts) should step aside as a government minister until he clarifies the video whether first of all if he’s in it and two, whether any illegality was taking place,” said Ramadhar, adding that the Sports Minister was entitled to his legal right for the presumption of innocence and the party makes no pronouncement on guilt.

Ramadhar said there was a political aspect to this issue as the perception of many in the country demands that the matter be clarified to assuage the concerns of public and party. He told reporters that Roberts would be given an opportunity to be heard if he so chooses according to the party’s processes.

“This is a political issue apart from a legalistic one and we could not be bound by the legalism that could easily tie the hands politically,” said Ramadhar, noting that under the Westminster system when such serious issues arise, the person resigns in the interest of the country and government.

Ramadhar said Prime Minister Kamla Persad Bissessar is entitled to her processes in dealing with Roberts.

Last week, the coalition government said it saw the video “as nothing more than a vicious attempt at character assassination and will not validate it with any further commentary.

“Nothing should detract the population from the very real positive changes they encounter due to the people’s revolution. The evidence of that is what the Opposition wants the population to forget,” the government said in a prepared statement.

Roberts had also dismissed the video describing it as “a total absolute fabrication”.

He recalled that last year, a weekly newspaper had published a story, making reference to a “loud mouth minister” who was partying with marijuana and women in room 201 of an unidentified hotel.

“Let me assure the population that is a total fabrication and it is absolute rubbish it is a total concoction,” Roberts told reporters.