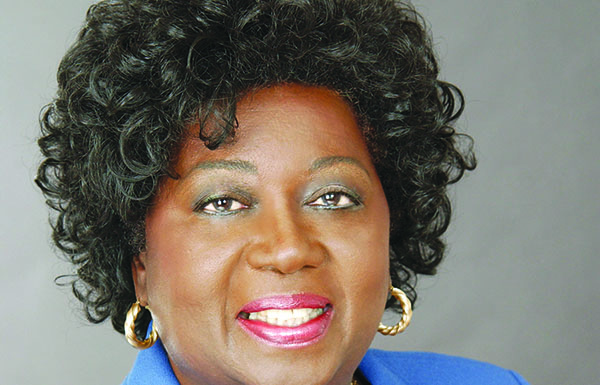 Centre For Young Women Named In Honour Of Jean Augustine

Marginalized and underserved young women in the city will now have a new life skills training centre that can assist them to meet their goals, bearing the name of Ontario’s Fairness Commissioner and political trailblazer, Jean Augustine.

The official grand opening of the Jean Augustine Centre for Young Women’s Empowerment was held on June 19 in South Etobicoke, a community in which Augustine has lived for the past 54 years. From 1993 to 2006, she was the Member of Parliament for the riding of Etobicoke—Lakeshore.

“It’s really not only an honour, but also it does say there is a need for these things to happen. And, it’s also a throwback to the whole discussion that we’ve had about how important mentoring is, how important role modeling is, how important it is for community to come together. It’s named after me but it’s really a community effort and a collaboration between the organization, PACT, that has been out there for a long time, and ourselves,” said Augustine, beaming with joy at the centre, which is located at 101 Portland Street.

Augustine, 76, recently received the Commander of the Order of the British Empire for her service to education and politics. She was among 10 Grenadians who were recognized by HM Queen Elizabeth in her 2014 Birthday Honours List for services and contributions ranging from education to tourism and culture.

Born on September 9, 1937, in Happy Hill, St. George’s, Grenada, Augustine immigrated to Canada in 1960 as a nanny and became an elementary school teacher, vice principal and principal in Toronto.

She served as parliamentary secretary to then Prime Minister Jean Chretien, from 1994-1996; secretary of state for multiculturalism and the status of women, 2002-04; and was a deputy Speaker in the House of Commons.

The new facility will act as a teaching and training centre for young women and youth, providing entrepreneurial programs that empower youth to unleash their talents and tap into their inner self-confidence so that they can serve and shape their world.

“We know that young women need to have a place where they learn some skills, they’ll see some mentors and some role models; they’ll acquire knowledge about a whole series of things. We have rooms for one-on-one, yoga, classes for different things, the kitchen is really the highlight of the place. We hope that that will be going around the clock with opportunities not only for young people to get information about diet and good eating habits, but also an opportunity for them to learn some cooking skills,” Augustine said.

The centre will run hands-on, experiential and entrepreneurial programs such as cooking, organic gardening, computer coding and soap and candle making, as well as provide life coaching for at-risk teens; all transformative early prevention tools to empower and support youth and promote urban peace.

Augustine was appointed a Member of the Order of Canada in 2009, in recognition of her distinguished career as an educator, politician and advocate for social justice. She is also the first African Canadian woman elected to the Parliament of Canada and the first Black woman to serve in a federal Cabinet.

David Lockett, co-founder of PACT, said the centre is named after Augustine because she “epitomizes and is reflective of every value that we’ve had as an organization for the last 20 years.”

He said as an organization serving and helping at-risk youth, PACT’s goal is to equalize the playing field to give the underprivileged the resources to live their dreams and to make their own goals.

“One of the vital components and one of the last additions to our model was the idea of getting to the young women early, creating a centre that empowers them, using a total integrated group of programs that work in a holistic way to get to them, to help them turn their lives around, to impassion them to add a spiritual component, in order for them to break that cycle and empower their lives.”

Lockett said Augustine was involved in the early development of the idea with John Zanini, owner of Dunpar Homes.

The PACT co-founder said they want to build a school of social change, an international model of best practices that can be shared with other urban areas, and Augustine has agreed to help them do that and to become part of that process to finish the programs and to deliver it to help people to create urban peace around the world.

PACT has been around for 20 years and has a film studio at the centre, and according to Lockett, has probably put over 12,000 or 13,000 kids through its program over those years.

“We’ve been constantly improving it and making it better and looking at what are the core needs in the community, and ultimately what do we need to do to do our best. It’s not good enough in our society just to deliver programs, we have an innate responsibility to make them remarkable to give them an equal playing field so they can live their dreams and they can reach their goals.”

He said the new program is an at-risk model for high schools and agencies, particularly geared to the needs of young women. Lockett said, in total, the organization will run 15 programs out of the new centre and adjoining PACT studios.

Speaking about Zanini, Augustine said, “John is just an amazing man, who really believes that we have to give back to community and he’s been a business man in the area and this is his effort at giving back to community.”

Janet Bailey, an actor who has been working with youth for the past four years, will be teaching a drama course at the facility.

“It has been re-inspiring to work with the children,” said Bailey, who has been in television and film for a long time but needed to be reinvigorated.

Having worked with students in various schools, she said “children have this thing about truth that brings you right back to what its really all about. That re-inspires the work and all the different things that you watch them derive, the tools that they can derive from drama: communication, team work, responsibility, history — they step into the lives of other people and by that way gain an understanding of empathy.”

She is excited about the prospects of working with the young women at the centre. 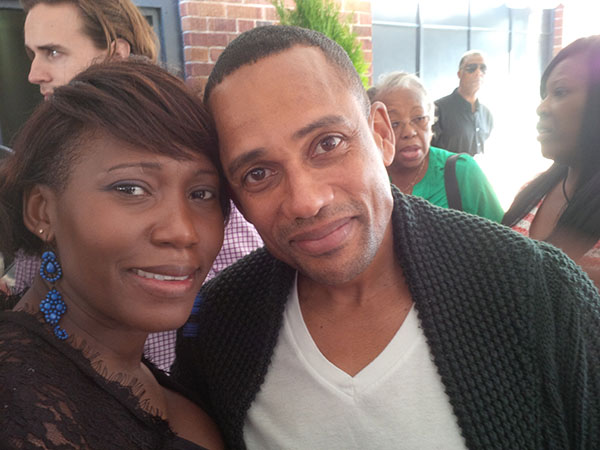 Among those in attendance at the grand opening of the Jean Augustine Centre for Young Women’s Empowerment was Hill Harper, American film, television and stage actor, and author who stars in Covert Affairs, a USA Network Television series, being filmed in Toronto. While at Harvard University, Harper befriended Barack Obama (now US President); they played basketball and became good friends during their first year at law school. In this photo, Marsha Brown is clearly happy to see the actor at the event.

The Jean Augustine Centre for Young Women’s Empowerment is an initiative by the PACT Urban Peace Program and was made possible by the generosity of PACT supporters and community leaders, including Zanini, who provided the building and the basic funding for the centre.

Among those in attendance were the consuls general of St. Kitts-Nevis, John Allen, and C.J. Augustine-Kanu of Grenada; actor Lyriq Bent, who stars in the Clement Virgo and Damon D’Oliveira film, Book of Negroes, based on Lawrence Hill’s bestselling novel, The Book of Negroes; and Hill Harper, actor in the USA Network Television drama series, Covert Action.