5 Fast Facts About Food Poisoning In Kids 5 And Under

NC – Did you know that children aged five and under are at an increased risk of contracting food poisoning and developing related health complications? This is because their immune systems are still developing and they are unable to fight off infection as well as adults.

Symptoms of food poisoning can vary from a mild stomach ache, vomiting, diarrhea, fever and chills to extremely severe illness requiring hospitalization. Food poisoning in young children can also lead to dehydration as their bodies are smaller and they can lose a large percentage of body fluid very quickly.

Here are some other things you may not know that could put your young child at increased risk:

• Young children produce less of the stomach acid that kills harmful bacteria, which makes it easier for them to get sick. As such, they shouldn’t eat everything their parents eat or in the same way their parents eat it.

• Exposure to certain kinds of foodborne bacteria can lead to serious health conditions. For example, some strains of E. coli can cause hemolytic uremic syndrome, a type of kidney failure and blood disorder that can be fatal. A few ways to prevent this illness include cooking ground beef, including hamburgers, to an internal temperature of 71 °C/160 °F and washing children’s hands after toileting, before eating, after visiting a petting zoo or farm or touching domestic animals.

• Never give honey to a baby under one year old. It can cause a serious type of food poisoning called infant botulism. Infant botulism is caused by bacteria called clostridium botulinum, which commonly exists in nature. If an infant swallows honey contaminated with spores of the bacteria, the spores may grow and produce toxins in the baby’s body which could cause paralysis. Healthy children over one year of age can safely eat honey because their risk of developing infant botulism is very low. By this age, they have developed helpful bacteria in their intestines that protect them from those spores.

• Do not serve raw alfalfa or bean sprouts to young children. Raw sprouts have been linked to outbreaks of salmonella and E. coli infection. Cooked sprouts are safe to eat. Never give your child foods containing raw eggs such as cookie dough or cake batter and serve only pasteurized milk and juice to your child.

• The way we store, handle and prepare food at home or at a caregiver’s facility plays a critical role in our families’ food safety. Be sure to practice safe food handling at home and ask your child’s caregiver about their food handling practices.

There is more information about safe food handling for young children at canada.ca/health. You can also call 1-800-O-Canada to order the free guide, Safe Food Handling for Children Ages 5 & Under. 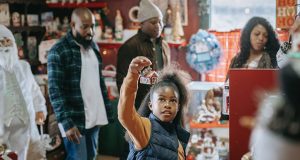