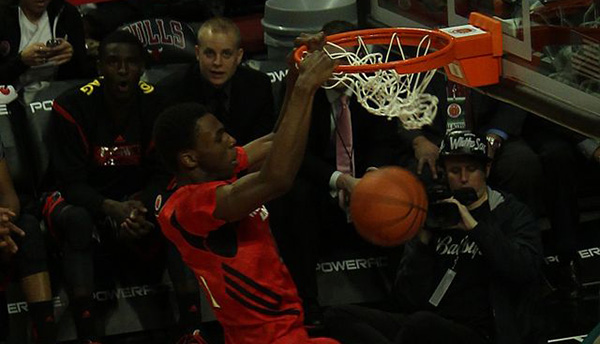 In a recent discussion on sports with a friend, he argued that Canadians are indebted to Ben Johnson, the former world and Olympic 100-metre champion.

Johnson, history records, was stripped of his Olympic gold medal he won in 1988 in Seoul, South Korea, after a post-race doping test revealed he had been using steroids.

Information gathered since then, from investigative sports reporters, retired track and field athletes and others, has painted a damning picture of the athletes at the Seoul Games. The information suggests that Johnson was not the only “juiced up’’ athlete.

It is alleged that almost the entire Athlete Village in Seoul was on some kind of performance enhancing drug (PED); some say that included Carl Lewis, who was awarded Johnson’s gold after he was disqualified for failing the PED test.

The point of Johnson’s 1988 victory, my friend said, was that it changed the Canadian psyche to world sport. No longer, he explained, did many Canadians regard themselves as capable of beating the rest of the world only in hockey.

“They were awakened to the idea that we, as Canadians, can compete and win against the best in the world, including our American neighbours, in a sport other than hockey,’’ he said.

Because of both the positive and negative fallouts of the Ben Johnson Olympic PED saga, it appears Americans and the rest of the world also began paying closer attention to Canadian sportsmen and women.

My friend noted that in the aftermath of Johnson, there was the emergence of another Canadian sprint champion, Donovan Bailey, winner of the 100-metre at the 1996 Olympics in Atlanta.

Other track and field athletes, such as Perdita Felicien were to follow; not just competing, but winning. Mike Weir won the Masters’ golf tournament in 2003.

In tennis, we’ve seen the rise of Daniel Nestor, Milos Raonic and Eugenie Bouchard, who are among tournament favourites at the current Wimbledon championships in London, England.

Canada, not exactly a powerhouse in men’s soccer, reached the final of a major CONCACAF competition, the Gold Cup, in 2000. Canada took the title, beating the United States 2-0 in the championship game.

But the most profound manifestation of the Ben Johnson effect of Canadian psyche, my friend claimed, is in our attitude to basketball and the way America – arguably the Mecca of basketball – looks at Canadian basketball players.

In recent years, the Americans have been singing the praises of the talented Canadian point guard Steve Nash, especially during his time with the Phoenix Suns.

In the last two years, Canadians have been picked at No.1 in the NBA Draft.

In 2013, the first overall pick in the Draft was African-Canadian, Anthony Harris Bennett.

In last Thursday’s Draft in New York, another black Canadian youth, Andrew Christian Wiggins, was also the top overall selection. Like Bennett, Wiggins has been picked by the Cleveland Cavaliers.

“Welcome to the Cleveland,’’ tweeted owner Dan Gilbert after drafting 19-year-old Wiggins. “The sky is the limit for you, this franchise and this city.…Let’s go!’’

In addition to Wiggins at No. 1, three other Canadians were drafted on Thursday: Nik Stauskas, who went No. 8, was chosen by the Sacramento Kings; Tyler Ennis, picked 18th by the Phoenix Suns; and 45th was Dwight Powell, selected by the Charlotte Hornets.

Prior to last week, 42 Canadians in total had been drafted to the National Basketball Association. No more than three had ever been selected in a single draft.

Bennett, who was affected by injury entering his inaugural NBA season, was born March 14, 1993, in Toronto. His parents are Jamaicans. His mother, Edith Bennett, ran track and field and played netball as a teenager in Jamaica.

On moving to Canada, Mrs. Bennett worked two jobs—at a hospital and a mental health facility—and raised her son in the Jane and Finch neighbourhood.

Wiggins was born February 23, 1995, in Toronto and raised in Vaughan. He was accompanied to the Draft at the Barclays Center in New York by a large contingent of friends, former coaches and family members, including his parents Mitchell Wiggins and Marita Payne-Wiggins.

“Going to high school and college, the opportunity and possibility of going No. 1 came into talk, and now I accomplished that, so it’s just a crazy feeling right now,” Wiggins, who declared for the Draft after a single season at the University of Kansas, told media in Brooklyn. “I don’t even know how I feel. It doesn’t even feel real right now.’’

According to Wiggins, his NBA selection “gives everyone in Canada hope that they can do the same thing and accomplish whatever I do. Because it’s possible if they work hard.”

When his name was called at the Draft by NBA Commissioner Adam Silver, Wiggins smiled before being hugged by family members.

Mother and father repeated over and over, “We’re so proud.’’

Mitchell, a former NBA player, later told reporters that his son’s entry into the league is “a big moment.

“For me, he’s a coach’s dream,’’ said Wiggins, who played in the 1986 NBA finals with the Houston Rockets. “I taught him the right way to play.’’

Three months ago, in April, Andrew Wiggins received a Harry Jerome Award for excellence in basketball from the Black Business and Professionals Association (BBPA).

He followed in the footsteps of mom, Barbados-born Marita Payne-Wiggins, who was recognized 29 years before with a Harry Jerome Award for outstanding performance in track.

Payne-Wiggins, after whom a park in Vaughan is named, is a two-time Canadian 400-metre champion.

In addition, she placed fourth in the 400-metre final at the ’84 Games. She finished in 49.91 seconds—a Canadian record she shares with Jillian Richardson.

Mitchell and Marita Payne-Wiggins are members of the Hall of Fame at Florida State University.

Payne-Wiggins is proud of what Andrew has accomplished, but says she tells him: “You’re not the best in the world. Other people are better. You have to work hard for what you want.’’

The 6-foot-8-inch tall Andrew Wiggins is expected to play small forward for Cleveland, which once owned the rights to LeBron James, whom they drafted in 2003.

“Especially because my parents were pro athletes before, now they can kind of live the dream again through me, and just watch their youngest son do something special with his life, and play at the highest level of basketball,” Wiggins said. “We cherish moments like this. It’s great, great for us.”

To be fair, it’s more than the Ben Johnson phenomenon that has impacted the psychology of sports here and the mind and attitude of many Canadian athletes.

Wiggins and Bennett—and other Black Canadian and American athletes—that are now earning lucrative wages competing in pro basketball, baseball, hockey, track and field, and tennis, stand on the shoulders of pioneers and trailblazers on both sides of the Canada/US border.

The way was paved by athletes such as Harry Jerome, Herb Carnegie, Fergie Jenkins, Jackie Robinson and Arthur Ashe.