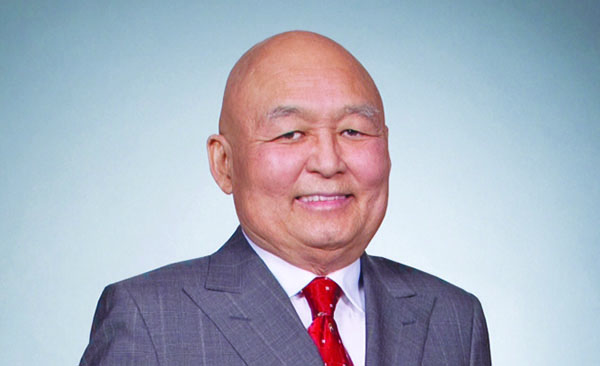 Ottawa, ON — The Honourable Dr. G. Raymond Chang, Chancellor Emeritus, Ryerson University, Canada has been appointed as an officer to the Order of Canada.

The appointment was made on the recommendation of the Advisory Council for the Order of Canada, “For his achievements as a business leader and for his generosity in support of education, healthcare and entrepreneurship.”

His Excellency the Right Honourable David Johnston, Governor General of Canada, made the announcement on Monday, June 30, 2014.

The Order of Canada, one of our country’s highest civilian honours, was established in 1967, during Canada’s centennial year, to recognize outstanding achievement, dedication to the community and service to the nation. Over the last 45 years, more than 6 000 people from all sectors of society have been invested into the Order.

G. Raymond Chang is recognized as an outstanding Canadian and Caribbean business leader and philanthropist. His inspired counsel, support and significant investments of personal resources have advanced education and healthcare as well as fostered entrepreneurship among our youth.

Jamaican born and a proud Canadian, Ray believes in the best of the human spirit: that we all have the ability to extend ourselves well beyond our boundaries—whatever they may be or wherever we may be.

Mr. Chang earned a Bachelor of Applied Science degree (Engineering) from the University of Toronto and subsequently became qualified as a Chartered Accountant and Chartered Financial Analyst.

As an immigrant to Canada, he experienced the transformative impact that education had on personal growth and success. This instilled in him a passion for investing in creating educational opportunities for others.

In 2005, he received an honorary doctorate from Ryerson University and, a year later, he was bestowed the honour of becoming Ryerson’s third Chancellor. For six years (through two successive terms), he enthusiastically embraced the potential of the Chancellor’s role to inspire students and challenge the University’s faculty and administration to achieve greatness, calling himself “a Chancellor for students.”

Until his tenure ended in 2012, Chang’s openness to students, including attending an average of 30 classes a year, earned him the reputation of being a Chancellor ‘for and of’ the students.

Through his generous financial contributions, Ryerson University’s School of Continuing Education was named in his honour.

Chang is also a major donor to the University of the West Indies (UWI), the foremost tertiary institution which spans the Caribbean Region, and is patron of UWI’s largest benefit gala in Canada, the UWI Toronto Gala.

He continues to be a generous benefactor to his alma mater high school, St. George’s College, an institution founded by the Jesuits in Kingston Jamaica. A number of other organizations have benefited from his gifts, including Missionaries of the Poor Jamaica; Friends of the Poor Canada (Fr. Richard Ho Lung); Mustard Seed Communities (Very Reverend Monsignor Gregory Ramkisoon). He is patron of Food For the Poor Canada (www.foodforthepoorcanada.org) and has been a supporter of the work of PACE Canada (www.pacecanada.org).

Mr. Chang is a Board member of the Toronto General & Western Hospital Foundation and a supporter of the University Health Network (UHN) where he enabled the establishment of a Fellowship to train foreign doctors who return to the West Indies to share their Canadian education and provide much needed healthcare services. He is also a major donor to UHN’s Dr. Herbert Ho Ping Kong Centre for Excellence in Education and Practice of General Internal Medicine.

Chang is also a major donor and volunteer for the Centre for Addiction & Mental Health’s (CAMH) Foundation board and his personal foundation made significant financial contributions to enable CAMH’s recent expansion to better meet the needs of Canadians facing mental health and addictions challenges.

In his 18 years at CI Financial Corp. (CI), Chang oversaw the company’s growth from a small money manager with $5 million in assets to Canada’s second-largest fund company, with $100 billion in fee-earning assets. He joined CI as Vice-President and Chief Operating Officer in 1984 from Coopers & Lybrand (where he was with the Emerging Business Services group).

He was promoted to President and COO of CI in 1996, when the firm went public. Two years later, he became President and Chief Executive Officer. Chang was appointed Chairman in 1999, a role that held until 2010. He continues to serve as a Director of CI.

Mr. Chang sits on the Board of GraceKennedy & Company Limited and is a major shareholder in Walkerswood Caribbean Foods as well as Corpak Jamaica Limited.

In speaking about being bestowed with the order of Canada, Chang says: “I am humbled by the great honour that Canada has bestowed on me. Canada has been good to me and my family and I will be forever grateful.

“My story is that of thousands of new Canadians. In my case, I am Jamaican by birth, Hakka Chinese by heritage and Canadian by choice.”