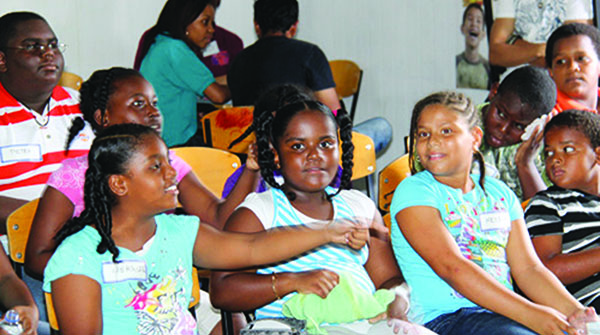 BRIDGETOWN, Barbados CMC – A study done in four Caribbean countries has found that 30 percent of children aged 11 to 13 were overweight or obese, a senior official of the Pan American Health Organization (PAHO) has said.

Dr. Audrey Morris, the advisor on Food and Nutrition at PAHO, told a workshop to review and refine a draft policy document on Nutritious and Healthy Foods in Barbadian schools that the number of overweight and obese children in the region has more than doubled over the last decade due primarily to unhealthy diets and inadequate exercise.

She noted the easy access to fatty and salty foods in school canteens and revealed that up to 80 percent of the children in the Caribbean study admitted to drinking a carbonated soda every day. The countries in the study were not disclosed.

The PAHO official said in addition to drinking carbonated soda daily, children were allowed to easily opt out of physical education classes at school, especially when preparing for examinations. In addition, the children spent many hours watching television and playing computer games at home.

Dr. Morris said countries like the United States had placed limits on sugar, fat and sodium in all foods and beverages sold on school compounds. In addition, Brazil has mandated that 30 percent of the input in school meals must come from local agriculture, and Panama has banned fried foods and sodas from school premises.

She said what is needed in the Caribbean is a multi-faceted, multi-sectoral approach to reinforce the message of healthier eating and active living.

Senior Medical Officer of Health, here, Dr. Kenneth George, said that while Barbados was not included in the PAHO study, statistics show that the situation was very similar on the island.

According to him, the most recent survey conducted in 2012 and involving 1,600 secondary school students, revealed that 31.9 percent of students aged 13 to 15 were overweight, and 14.4 percent obese.

“These are frightening statistics because there is a higher propensity for the obese child to become an obese adult, with all the associated chronic diseases.” The standard Body Mass Index (BMI) for overweight is between 25 and 30 and for obesity between 30 and 40.

Dr. George said the School Meals Program provided an excellent platform for introducing positive dietary habits and that physical education should be made compulsory at schools.