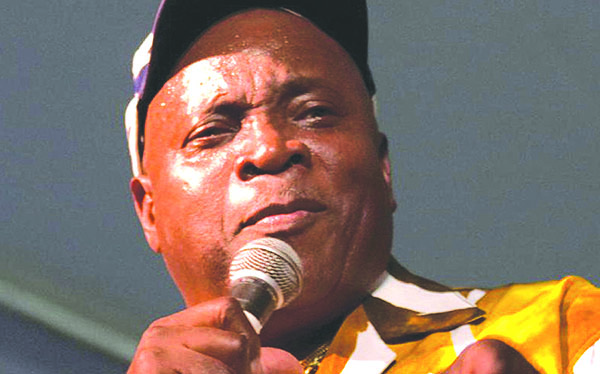 TORONTO, Ontario— JAMBANATM is growing up—now in this its fifth year, the One World Festival has been expanded to two days. The Fun for the Family Event with an amazing line up of entertainers highlighting the One World concept will be held at Markham Fairgrounds on Sunday, August 3and Monday, August 4, 2014.

The festival creators believe that Reggae music is a universal genre that brings all types of cultures together—promoting love and harmony. JAMBANATM is happy to be adding Long Shen Dao to its “One World” family. On a North American Tour this summer, The Beijing-based group that has fused reggae vibes with traditional Chinese music. Founded in 2007, Long Shen Dao is considered to be China’s first authentic reggae band.

Day one will honour musical royalty with collectively over 100 years of contributions to the global music Industry.  Known as the Calypso King of the World, the Mighty Sparrow is one of the best-known and most successful Calypsonians. He has won Trinidad’s Carnival Road March competition eight times, Calypso King/Monarch eight times, and has twice won the Calypso King of Kings title. Sparrow, as the world affectionately calls him, has been a significant contributor to the Calypso music industry and to the love and development of the art in Canada.  “Jones & Jones (Promoters of the show) is delighted to join with colleagues and friends around the world to pay tribute to the King at JAMBANATM this year,” says Director of Marketing and Sales of Jones & Jones, Allan Jones, who attended St Augustine University in Trinidad.

2014 marks the 50th anniversary for Reggae Queen, Marcia Griffiths, who first stepped on stage in Kingston, Jamaica backed by Byron Lee and the Dragonaires in 1964.  Griffiths has maintained a steady presence in the business, first as a solo artist, raising her musical trajectory as one of Bob Marley’s I Threes and continuing with combination tracks with Bob Andy, the duo Bob and Marcia, Sanchez, Beres Hammond, Buju Banton, Busy Signal, Freddy McGreggor and Canada’s three time JUNO winner Exco Levi.  Her classic, Electric Boggie, written by Bunny Wailer, spawned one of the globe’s biggest dance craze, the Electric Slide.  It reached 51 on the US hot 100 and remains her most successful single and the highest selling single by a female reggae artist of all time.

“Both Sparrow and Marcia will perform on Sunday….and will be royally honoured,” says JAMBANATM Producer Denise Jones.