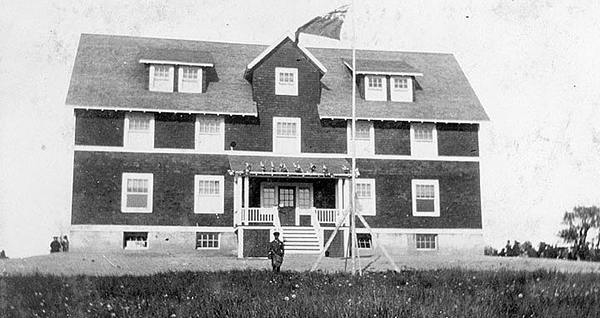 NOVA SCOTIA – There is arguably no greater atrocity than stripping a child of their innocence. Through mental, physical and sexual abuse, wards of the Nova Scotia Home for Colored Children were allegedly subjected to indignities described by former residents in stark, horrifying detail.

Ninety-three years, one month and one day after the Dartmouth facility opened its doors on June 6, 1921, and 14-years after suit was filed, the Nova Scotia Supreme Court approved a $29 million settlement between the province and plaintiffs which includes a previous $5 million settlement with the home itself. According to terms of the settlement, the province does not admit liability.

While childhood memories may remain fresh in the minds of those unfortunate enough to have fallen under the care of an obviously severely broken system, the closure brought about by the July 7, 2014 determination by NS Supreme Court Justice Arthur LeBlanc could very well be the beginning of healing.

In a controversial move last Friday before the final decision on Monday, LeBlanc left the bench to shake hands with lawyers on both sides of the class action suit.

Attorney for the plaintiffs, Ray Wagner, noted that, “What they want to see, justices want to see, is justice. He sees that justice now has been done in this case and he wanted to express that opinion to us, and that’s how I took it.”

Justice LeBlanc’s action came after approving an advertising plan to inform anyone who lived at the Dartmouth-area orphanage about the tentative deal reached in the lawsuit. It is routine practice in a class action settlement to include an ad plan that would allow parties yet to come forward, to become a part of the claim. To date 185 claims have been filed. Claimants have just over a month—until August 18, 2014—to opt out of the proposed settlement. If five or more claimants do not agree with it, the province could invoke a clause that nullifies the deal.

The first of two categories of compensation is a common experience settlement, which applies to all residents who lived in the Home at any point between January 1, 1921, and December 31, 1989.

The second settlement category is an individual assessment program, which would address additional harms beyond those suffered by residents at large, including sexual abuse. Those eligible will be residents after November 1, 1951.

Cofounder of VOICE (Victims Of Institutional Child Exploitation Society) Tony Smith said he felt “a lot of mixed emotions.” Smiling, he said, “I can’t believe this day is here.” Smith, who was among those who started the legal process when he shared his experience at the group home, continued to note that now, “the healing process can truly begin.”

Upon exiting the courtroom smiling and laughing, another former resident Harriett Johnson said: “Victorious! We got justice; we’re happy. We’re very, very happy. It’s a wonderful day for all of us; it was a long road, long journey. I’m happy it’s over, I’m glad it’s at the end.”

Addressing the court through tears, 45-year-old Winston Parsons, who endured two stints in the orphanage, told his story to a hushed room. “I was made to feel like I was dirt,” he told the court before the final decision. “There was no one there to help, love or even care for me,” he said.

The previous Nova Scotia New Democratic Party (NDP) government fought the lawsuit in the courts, arguing that some allegations could not be confirmed. Though the allegations of abuse have not been tested in court, the class-action was subsequently certified.

The fetid irony invades and assaults a sense of decency and morality when seen through the lens of the original purpose of the Home.

While both covert and overt institutionalised racism was then prevalent and to certain degrees still present in Nova Scotia, it is to be noted that the home was not established by the government.

Solidarity Halifax writes: “In response to the racism in this province, and as an act of independence and self-sufficiency, the Nova Scotia Home for Colored Children was conceived, built, funded and run by the Black community for African Nova Scotian children in need of care.

“In 1921, when the Home was built, White home care institutions would not accept Black children in need. As Charles Saunders, author of a history of the home notes, this was not a case of the Black community wanting to create an institution that was ‘separate but equal’ to White institutions.

“This was, rather, a case of ‘separate or nothing.’

“Throughout the 1940s and 50s, the home was held in high regard by the Black and White communities alike, despite chronic underfunding. Among Black institutions, only the Church held higher status, Saunders writes.”

Fast-forward almost eight decades and memories begin to conveniently fade; blame gets shifted and victims get shafted. It is nothing less than an act of collective bravery that fuelled the forward motion of these victims to push past the shame and stigma of rape and forced prostitution into this new dialogue of acknowledgment.

Along with the monetary compensation, claimants will have access to various resources, including psychological and financial counsellors.

It is hopeful that these horrendous events will serve as a learning tool and that history does not ever repeat itself.

Wagner said a promised inquiry into how the abuse occurred and was allowed to continue is in its “formative stages.”

Nova Scotia’s Liberal Premier Stephen McNeil confirmed that the terms of reference for an inquiry are being developed. McNeil said he was “very pleased” at the judicial approval. “Former residents and all Nova Scotians deserve answers about what happened,” he continued.

The home is now a short-term residential facility for children of all races.