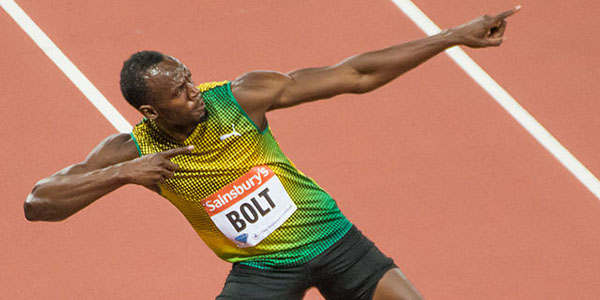 Athletes from Caribbean and African countries will be put to the test when they compete against other Commonwealth nations, including Canada, in Scotland later this month.

The Commonwealth Games are one of two major track meets for many of the athletes – including superstar Jamaican sprinter and world record-holder, Usain Bolt, ahead of the 2016 Olympics scheduled for Rio de Janeiro, Brazil.

Toronto is host to another significant track championship that will be staged one year after the Commonwealth Games. The 2015 Toronto Pan Am Games are expected to attract the top sportsmen and women from Canada, the United States, the Caribbean and Latin America.

Bolt is part of a 159-member delegation that Jamaica is sending to Glasgow, Scotland, for the Commonwealth games that open July 23.

Bolt and Shelly-Ann Fraser-Pryce – the Olympic and World championship 100-meter gold medalist – are among 67 track and field athletes in the party of 159.

However, the two have only been entered to compete in the 4x100m relays.

“The Glasgow organizers have had some anxious moments all year long waiting for Usain Bolt to indicate his intentions,’’ said Jamaica Observer writer, Lance Neita. “He will certainly boost interest in the Games.’’

According to Neita, Jamaicans “enjoy the high regard of our sister nations and have always been a name to be reckoned with at these Games. Our athletes have represented us with distinction.”

Jamaica is expected to lead the Caribbean medal haul at the Commonwealth Games that end August 3.

But, there is also anticipation of outstanding performances from other regional athletes such as Trinidadians Keshorn Walcott, George Bovell and Jehue Gordon.

Walcott won gold in javelin at the 2012 Olympics in London, England; Bovell was a silver medalist in swimming; and Gordon is a world champion hurdler.

However, one of the most closely watched events in Glasgow will be the 400 meters involving Trinidad and its neighbour 90 miles to its north, Grenada.

In the past couple of years, Trinidad has produced a group of top-ranked 400 runners including Jarrin Solomon and Lalonde Gordon.

But they will have to contend in Glasgow with Grenadian Kirani James, the reigning Olympic 400 gold medal champion.

He won in 43.74 seconds, beating American LaShawn Merritt who clocked 43.92 to take position 2.

In posting his 43.74 first position, James set a new Grenada national record in the men’s 400.

It was also an IAAF Diamond League record, and the fastest 400 to ever be run by a 21-year-old.

“I feel I’m in top shape and I’d like to carry this form to the Commonwealth Games,” James said in a post-race interview.

The Bahamas, always strong competitors in track and field, says it wants to send more than 30 athletes to Glasgow and to also participate in tennis, cycling and boxing.

“It is our intention to have more sporting disciplines represented than at the last Commonwealth Games, so that we could be well prepared going into Rio de Janeiro in 2016,’’ said Roy Colebrooke, vice president of the Bahamas Olympic Committee.

“I think the timing of the Commonwealth Games makes it more attractive for the elite athletes. It’s right in the heart of the season, and it is an opportunity for them to stay sharp against world level competition.’’