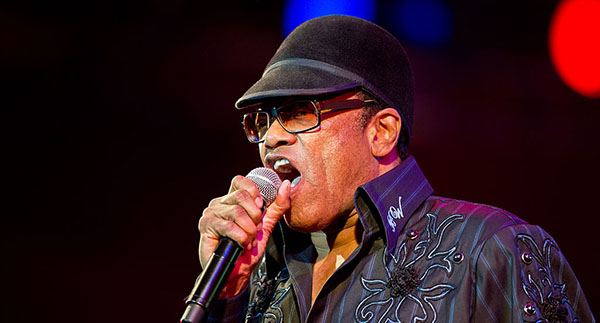 Bobby Womack has joined the ancestors. Womack died in his sleep on  June 27, 2014,  according to Los Angeles R & B legend, Charles Wright.

Womack was born Robert Dwayne Womack March 4, 1944. His career spanned more than 50 years and his repertoire was eclectic.  Womack may not be a household word to the general public, but he was for many of the world’s most popular artists. Though Womack was a premier vocal stylist and had struggled for 20 years to establish himself as a performer, it’s as a composer and producer that he has made his musical mark.

Womack wrote many of Wilson Pickett’s classic sides “I’m in Love” and “Midnight Mover”. He also composed George Benson’s smash single “Breezin”; the J. Geils Band’s “Lookin’ For A Love”; the Rolling Stones’ “It’s All Over Now” and James Taylor’s “Woman’s Got To Have It”. His tunes have been covered by everyone from Aretha Franklin to Janis Joplin, and he has worked as a session man with Elvis Presley and most of black music’s legends. Womack was also an author, and his autobiography, ‘Midnight Mover’ was published in London in 2006.

He was a self-confessed rebel in the music industry, known to utter exactly what’s on his mind on any subject – from record picks to politics. He performed R& B, Soul, Rock and Roll, Gospel and even Country.  His record company, United Artists rejected the title of his 1976 album, ‘Step Aside Charley Pride, Give Another Nigger a Try’. and changed it to BW Goes CW. The album sold poorly.

Kenny Gamble and Leon Huff’s label Philadelphia International wanted Womack. He turned them down – believe it or not and went with Columbia records. However, he did give Philly International a secret weapon- his baby brother Cecil Womack and his wife Linda Cooke-Womack (Sam Cooke’s daughter and Bobby Womack’s stepdaughter). They wrote Teddy Pendergrass’ massive hit, Love TKO.

When I spoke to him in 1983, he was talking about the plight of South African blacks. He vowed not to perform in South Africa until apartheid is uprooted. “I wouldn’t perform in South Africa,” said Womack as he sipped on a glass of orange juice in a New York City restaurant. “I remember playing with Sam Cooke 20 years ago in Birmingham, Alabama, and seeing whites on one side and blacks on the other. We (African-Americans) have straightened all that out. People have died because of that. One of the greatest leaders in the world, Martin Luther King, lost his life fighting against that type of situation. And I think that’s important enough for me not to feel that I’ve got to go back. . . . My personal thing is I don’t see why I’ve got to go to South Africa and see my people living under apartheid. I don’t want to sing that bad.”

The man who was called  “The Preacher” and “The Poet” kept his word and turned down millions rather than entertain in Apartheid South Africa.  He could and would talk politics but was the first to admit, “I am an entertainer, not a politician.”

The Biko-Rodney-Malcolm Coalition (BRMC) presented Womack an award for not going to South Africa. I was given the assignment to present the award to Womack at Kleinhans Music Hall. At that time he was hotter than July with his album, The Poet. Ironically his brother, Cecil, died in South Africa in February, 2013.

Womack’s passing is a major blow to real Black music. Rod Stewart who has built his career on Black music, had this to say about Robert Dwayne Womack. “There’s only three: Otis Redding, Sam Cooke and Bobby Womack.”