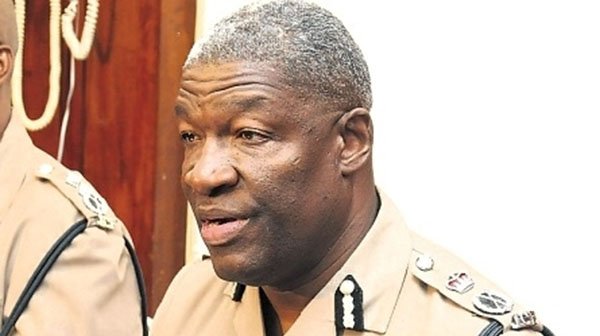 KINGSTON, Jamaica, CMC –The Portia Simpson Miller-led administration has denied knowledge of whether the United States has imposed an arms embargo on Jamaica and if external pressure resulted in the sudden departure of Police Commissioner, Owen Ellington.

Information Minister, Sandrea Falconer, told a post Cabinet media briefing Wednesday, a week after the Commissioner resigned, that she was unaware of  an embargo and the issue was not discussed by Cabinet.

“What we received in Cabinet in terms of a report was that the Commissioner resigned and the reasons he gave for his resignation, we have received no report of any request from the United States for his removal.”

She said matters concerning the Commissioner’s retirement would not reach Cabinet’s agenda.

Ellington went on pre-retirement leave last week stating that the investigation into the death squad activities and the Commission of Enquiry to be held in the West Kingston operation, led to his decision to leave the force.

It has since been widely speculated that he was forced out by the Government of the United States.

There have been media reports suggesting that Ellington might have acted in response to pressure from foreign governments, particularly the United States, for him to demit office because he was in the charge of the police during 2010 Tivoli operations seeking a drug dealer, wanted in the US. The retiring Commissioner was also in charge during the emergence of allegations of  an organised programme of extra judicial killings by the police in the central parish of Clarendon.

It has also been reported that the US Government might have imposed a limited arms embargo under the provisions of the Leahy Law.

The Leahy Law is a US human rights law, that prohibits its State Department and Department of Defence, from providing security assistance to foreign military units, that violate human rights.