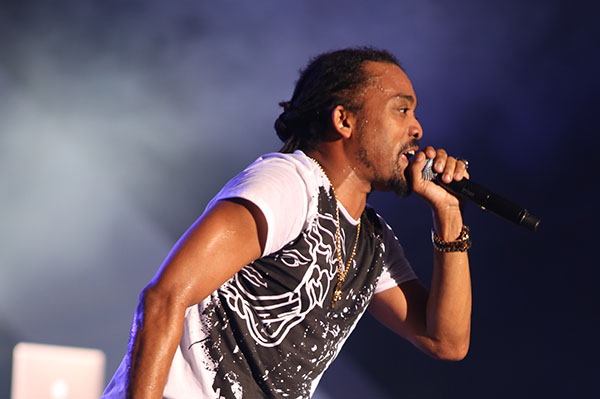 TORONTO, Ontario – The only way to adequately describe the highlight of Nathan Phillips Square last Saturday night at the TORONTO 2015 Pan Am Games countdown is a sea of eager bodies gyrating to the sweet sounds of soca.

Known around the globe for his high energy soca performances and unique blend of Caribbean dance music, Trinidad and Tobago-born musician and 2012 and 2013 Soca Monarch, Machel Montano, delivered a performance that left many breathless.

A reported more than 10,000 people congregated well before sunset to witness what was one of the best public concerts Nathan Phillips Square has seen. 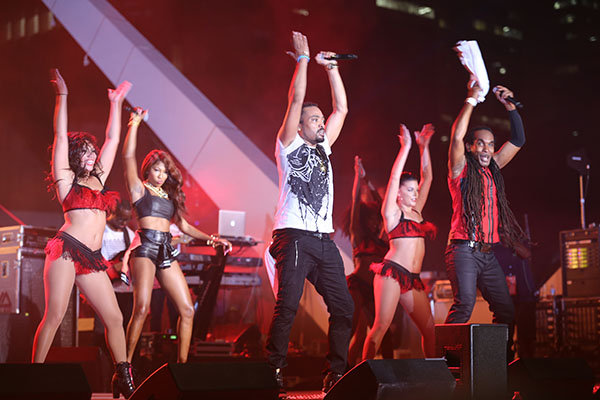 Accompanied by his HD band, Montano, who was scheduled to perform at 9:30 p.m., did not disappoint fans who had started gathering more than six hours earlier. Travelling from as far as Kingston, London, Barrie and Niagara Falls soca aficionados flocked to Toronto, intent on being as close as possible to the stage, in order to better experience the intoxication that is soca.

A pumped-up crowd waved flags from across the region: Antigua, Barbados, Cuba, Dominica, Grenada, Jamaica, St Vincent, St Lucia and the ubiquitous red, white and black of Trinidad and Tobago. Those without a country flag simply waved the official soca flag—the rag.

After hours of waiting, and following and introduction by Dr Jay that went mostly unheard amid the cacophony of excitement and anticipation, the melody came as if by magic. 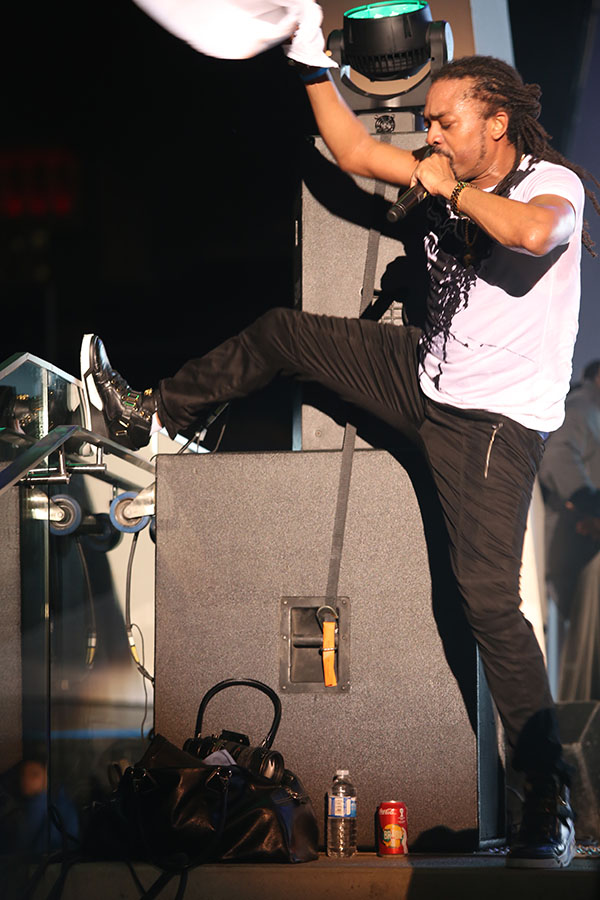 Montano began singing his hit, Happiest Man Alive—and the crowd went wild! Emerging to the screaming adoration of the gathered, Montano spoke: “Look at people!” When his monster hit “Big Truck” blared from the speakers…. Oh lawd!  The tune, the man Montano, the vibe, the music mash up de place!

On Saturday night the only thing that mattered was the music. Race seemed irrelevant in the TDot for a few hours; age was a nonfactor. Families were seen together—in traditional West Indian fashion, children were inculcated with the culture.

What is refreshing is that the free concert was on par with a professional event. A multimedia backdrop treated patrons to appropriate images that only enhanced an already spectacular show. For more than an hour, the exceptional HD band and incredibly well choreographed dancers added the seasoning to this hot fete.

Having removed by now his red Jacket, a soaking wet Montano, closed the show with fireworks dazzling the night sky.

While organizers put on the event to promote TORONTO 2015 Pan Am, it is certain that most people will first be looking forward to Montano’s return for Carnival. It is there that they will whine, move to the left or right, wave, palance, jump up and just mash up de place themselves.