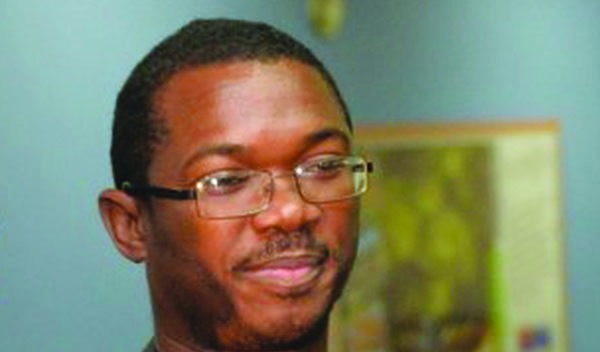 Jamaica Builds Database Of Its Diaspora

The Mapping Jamaica Diaspora Project, implemented by the Ministry of Foreign Affairs and Foreign Trade in collaboration with the International Organization for Migration, an 18-month project was launched in Jamaica in June and has since been shared with Jamaicans in the United Kingdom (U.K.), Canada, and soon the United States of America.

Through an online survey open to anyone of Jamaican heritage by birth, descent (second, third or fourth generation), marriage, naturalization or registration, the government hopes to identify how the diaspora can contribute to the development of Jamaica, while also determining their needs and concerns.

Such persons are encouraged to visit the website at www.mapjadiaspora.iom.int and to participate in the survey.

The government promises that the information shared will be dealt with the strictest confidentiality and will only be used for the purpose intended.

Arnaldo Brown, minister of state, in the ministry of foreign affairs and foreign trade, launched the project on July 10 at the Jamaican consulate in Toronto, Canada.

He said human capital is needed in Jamaica as the country becomes fully integrated into the global economy and given what is on the horizon, like the Logistics Hub, he wants to see a wave of Jamaicans being a part of what is going to happen.

The pace of the demand will lead to the recruitment of persons living overseas, he said.

The minister said there are many non-Jamaicans that are interested in investing in various sectors in the country.

“This signals to Jamaicans that there is a space for them to operate in the things that are unfolding,” he said, wanting Jamaicans to be part of the stakeholder society.

He said the Jamaican diaspora movement is maturing and the government has recognized that through the establishment of Jamaican Diaspora Foundation, the Jamaica Diaspora Institute and a department in his ministry which focuses on diaspora affairs.

Jamaica’s diaspora is among the largest in the world and is estimated to be in excess of three million people.  More than half of Jamaica’s diaspora lies in the United States (approximately 1.8 million), some 650,000 reside in the U.K. and an estimated 300,000 in Canada.

Brown noted that 215 million people live outside of the countries of their origin and that remittances outstrip the official development assistance (ODA).

He said the collection of critical information on Jamaicans and persons of Jamaican descent is to rally and join this move from which Jamaica can benefit.

“The government can better identify the gaps that exist in its relations to the first to fourth generations,” he said, about the online survey noting the potential for social investment and financial involvement.

The diaspora can contribute to development through the creation of jobs, fostering competition, in-country business development, productivity and innovation.

“Jamaicans have made major contributions wherever they have gone. There is no global movement in which Jamaicans have not been involved,” he said, alluding to the work of Pan Africanist Marcus Mosiah Garvey and the music of Bob Marley in liberation movements around the world.

The IMO, an intergovernmental organization in the field of migration, is a key sponsor of the project.

Speaking at the launch, Nicola Graviano, project manager, IMO said one in seven people, globally, is a migrant and many contribute to the wellbeing of their country. He said the aim of the diaspora mapping survey is to enable, engage and empower the Jamaican diaspora in the development of the country.

IOM defines diasporas broadly as individuals and members of networks, associations and communities, who have left their country of origin, but maintain links with their homelands.

The diaspora surveys look at the size, composition, attitudes, educational attainments, professional interests and needs of diaspora communities in one or several main destination countries.

According to the IMO, the results help governments strengthen their linkages with the diaspora, build trust, devise outreach strategies according to the specific needs, interests and capabilities of diaspora communities.

The launch event was moderated by Sheila Sealy Monteith, Jamaica’s high commissioner to Canada, whose tour of duty ends in August.

She used the opportunity to thank several people and representatives of organizations in attendance, and thanked Seth George Ramocan, Jamaica’s consul general to Toronto, whose term of office ends this month.