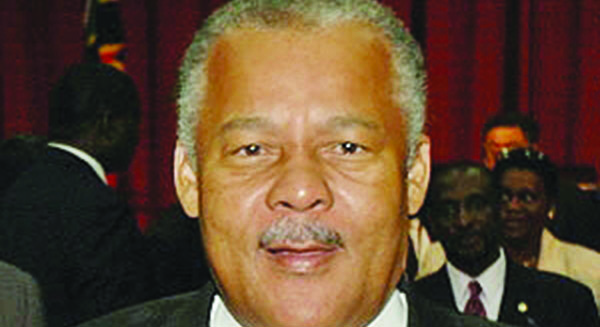 On Friday, Arthur who led the BLP for 14 years as Prime Minister handed in his letter of resignation, which took effect immediately.

Arthur, who led the party to defeat in the 2013 elections but retained his parliamentary seat in the constituency of St Peter, indicated that he will remain in parliament as an independent member until his term of office comes to an end in 2018.

“I am resigning because I believe that the [Barbados Labour] party has not only lost its way, but it’s also lost its soul,” Arthur said.

“And in addition to issues of policy, it would so appear that the Barbados Labour party asked the public to support it in a march, not by saying we will march, or we invite you to march, but I will walk.”

Arthur was referring to current BLP Leader, Mia Mottley’s, remarks Sunday when she announced a protest march against a Municipal Solid Waste Tax.

“I have come tonight to tell you that I shall now do my duty to you the people. I propose to take the first step and I shall walk,” Mottley then said.

She then indicated that all persons, who were so inclined, could join her.

Arthur said Friday, “It tells me that this institution has…now been made a plaything, and is in danger of becoming a victim of what I will only call megalomaniac tendencies”.

“This labour party must stand for something. It has always been able to operate in its own name.”

The walk from Bridgetown to the Prime Minister’s office was held Thursday, with a crowd estimated by police to be at 3,500 people. Political pundits deemed it a success.