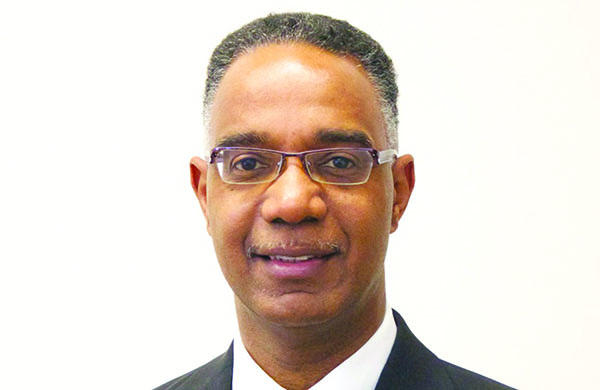 BRANDON, Manitoba – Gervan Fearon, who assumes the role of president and vice-chancellor of Brandon University in Manitoba on August 1, says his appointment did not come as a surprise.

Instead, the scholar and recipient of awards for teaching excellence said, the Caribbean region has produced so many great people that “none of us should count ourselves out of possibility.”

His approach in his career development is to always ask himself what can he contribute, how would he make a difference if he were in the position and what capacities does he need to build and grow to be able to make a contribution to the best of his abilities.

“I think, in some senses, I’ve been building and growing for years and over time it’s that capacity that is being tapped, but it really is the culmination of a lot of building over a lot of years and a lot of people have contributed to that in incredible amount of ways.”

When he was at the Scarborough campus of the University of Toronto, he would regularly visit Brown who lived nearby and whose health was waning.

In June, the university announced that following an exhaustive cross-Canada search, the board of governors selected the economist to begin a five-year term in those new positions.

Fearon joined the university in 2013 as the vice-president academic and provost.

Describing the transition from Toronto and Ryerson University, where he was dean of The Chang School, to Brandon University and Brandon’s 50,000 population, as being fairly smooth, he attributed this to several reasons.

One was that for about 12 years he worked with the ministry of agriculture in Ontario and was the executive assistant to a couple of deputy ministers.

“Being at a university such as Ryerson and really seeing how the university plays a vital role in contributing to the city, and the life and development of the economy and the communities that’s served also gave me a bit of a sense of some of the possibilities for the university here.”

He also got the sense from being at York University, where he was associate dean, that the university is almost a small city or town of itself.

Speaking on the telephone from Brandon, Manitoba, Fearon said the easy transition might also be because of his Jamaican linkage.

“My parents are from Clarendon so I lived in May Pen for three years, between 6 and 9, so in a sense at a very early stage of life, I understand what it means to be in a small or at that time in the mid-60s or so, a town that’s developing and so forth.”

Explaining the difference between the roles of provost and president, Fearon said the time frame a provost is looking at is one to three years, in terms of where the university will be in that period.

The president is looking out at probably about ten years and if things are really good, looking out almost 30 years at what is the trajectory of the university in that very long time period.

“You’re really looking at the role of the university as a societal instrument or institution to be able to contribute to the betterment of society at large. It’s that broader context that’s really at the back of your mind.”

Regarding what will capture his focus during the five-year term, he said, “We, as a university, would like to be a leading, innovative, engaged university.”

This means leading in the teaching, learning and research activities that the university does, being innovative in how they are done, and also being engaged, both at the community level and globally.

He said, by having global partners, the university would be contributing to the broader set of issues or opportunities out there.

“Even though as a small university, we still can make significant contributions, and we’re not setting our sights only on what we could do within our walls but we’re surely setting it on what we can do beyond.”

Fearon said the university would also like to be a partner and catalyst to growth, at the local communities and those beyond as well, and even of the faculty, staff and students.

There is also scope for the university to partner with the University of the West Indies and with other institutions in the Caribbean.

Brandon University has a long history of sponsoring students across the globe through the World University Service of Canada (WUSC).

This includes students from Dadaab, a refugee camp in Kenya, which surprised Fearon because he had visited the camp while he was at The Chang School and worked with students coming through WUSC as well.

An avid saxophonist, Fearon has found an instructor, a Master’s graduate from the music department to tutor him and he practices every day for one hour and two hours each day on weekends.

“It’s an instrument that I’ve only been learning for about five years now so in some senses, its been also quite grand in being able to start the learning process on an instrument, which means that I’m starting from scratch.”

This gives him a real appreciation for the dedication required to learn and an idea of what students and young people go through while learning.

He has already experienced days in winter when the temperature was -50 degrees Celsius and below, and in summer he has experienced some days of 32 and 4 and above.

Reflecting on the situation, he said many people look at opportunities in terms of location, time, and the field that they’re in and many limit themselves over weather concerns at the location.

“What I would say, just think of our parents as Caribbean people, they made so many changes to seek out opportunities for themselves or for their children that we shouldn’t limit ourselves to the where.”

He hopes that people here and in the Caribbean will recognize that Brandon University should also be considered a place of choice for them as well.