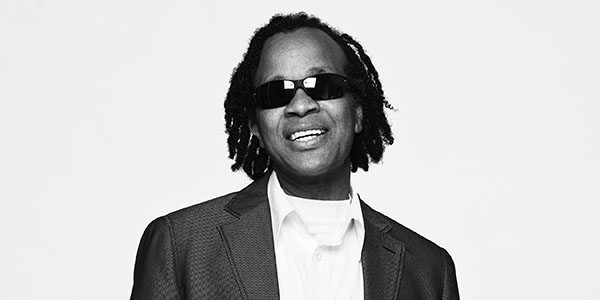 TORONTO, Ontario – Patrick Parson, artistic director of Ballet Creole, a company and school he founded in 1990, is gearing up to celebrate its silver anniversary with gusto from July 2014 to June 2015.

Last Friday, Ballet Creole presented “Spirit of Carnaval” [sic] as part of the Island Soul festival on the WestJet Stage at the Harbourfront Centre, a place where Parson says, “Ballet Creole was actually kinda born at” when event manager, Sandra Whiting, booked them to perform there in the early ‘90s.

Carnival back in Trinidad was about street theatre, not the parade that it has become, says Parson, who wants to bring the aesthetics of the artistic movements back into that, so he draws from the traditional movements of Africa, Trinidad and Brazil in the creation of the “Spirit of Carnaval.”

“The Spirit of Carnaval comes from Africa into the Caribbean and Brazil and so I work with those aesthetics to create a carnival artistic presentation of the music and the dance form,” he says.

In spite of the successes that Ballet Creole has achieved over its years of existence, there have been some challenge, but Parson will not be disheartened.

He has created a new production, Water is Life, which signifies that “no matter what blockage you put in front of the water it always finds a way, so I think in our 25th year no matter what obstacles we had in the past, we’re going to keep flowing—that’s the message.”

The native of Trinidad and Tobago who has been a dancer and musician from the age of 10 says since the company lost its office space a few years ago, it has been experiencing cuts in government grants from the province.

“We’ve never had any luck or breakthrough with the federal grant so after 25 years, we are still pushing forward to get accepted as a major organization in the dance world from the African Caribbean aesthetics in dance and music,” he says.

Comprised of both a professional ensemble of dancers and drummers—the company—and a School of Performing Arts, Ballet Creole focuses on the process of creolization, a fusion of diverse traditional and contemporary Caribbean and African dance and music.

He says this happens though the company has proven that it is viable and is here to stay. The artistic director speculates that the government may have guidelines that Ballet Creole might not be meeting which explains the reason it has never received a grant from the Canadian government.

Parson also says, sometimes the members of the jury who make decisions about funding are not the people who understand the full ecosystem of the artistic world in Canada. As a result, he says, companies like his that are in the minority have a big problem.

He alludes to a lack of diversity on the juries and sums up things as being unfair, biased and having subtle racism at work. “No matter how we look at it, it’s going to be always there. This is not the country of my birth so….”

The veteran dancer continues to draw much of his artistic inspiration from the vibrant multicultural community that makes up the Caribbean.

He says the whole of the Caribbean is a creolized culture, that is, different cultures coming together.

Parson says, creolization is not only about the African and the French speaking, but the concept of it is about different ethnic groups; languages; DNAs coming together; and it is done through force and consent.

He spent his early years singing in choirs, composing and singing calypsos, playing with steel orchestras, dancing and drumming with community folk groups.

The artistic director and choreographer studied ballet and modern dance at the Caribbean School of Dance and the Dance Academy of Trinidad and Tobago. He was trained in the dance and drumming styles of Guinea and Senegal by Mor Thiam, the artistic director of Les Ballets Africains, and in Canada graduated from The School of Toronto Dance Theatre. 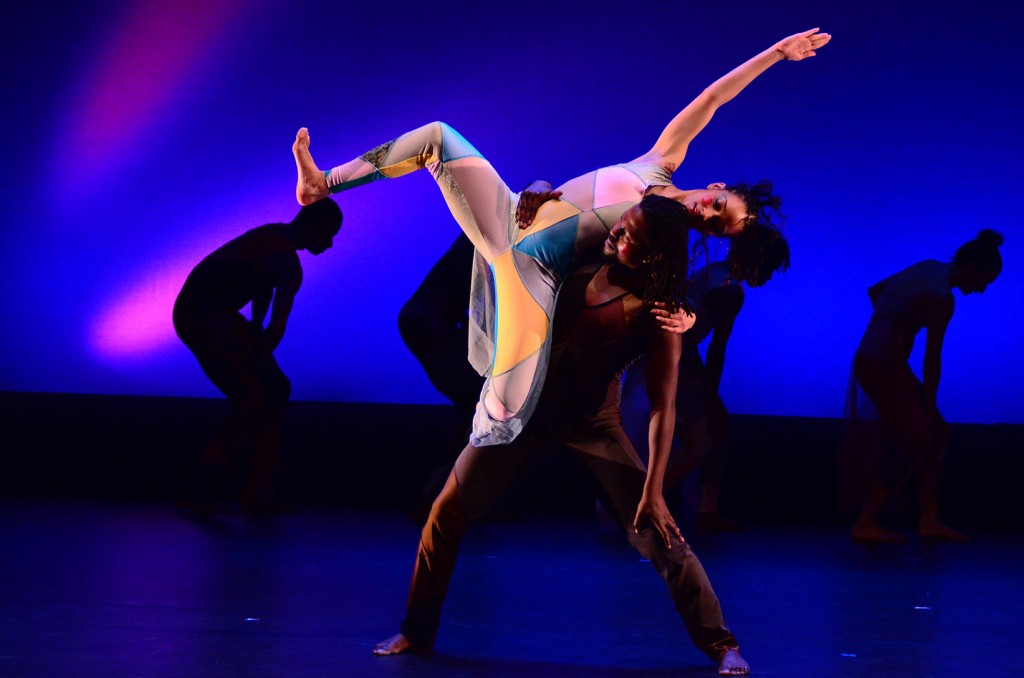 A signature piece of Ballet Creole is Breaking Out, created in 2006, an all-male ballet that celebrates masculinity and defies common stereotypes regarding men in dance.

Parson says, coming from the Caribbean, the company he was with had 16 men, and 12 women; and men were prominent in the dance world in Trinidad and Tobago, regardless of the stigma that most male dancers are gay.

He then immigrated to Canada and according to him, from the ‘60s to the late ‘80s many gay men were still in the closet.

Parson says when he did Breaking Out, people realized that it was just art and he was bringing in more men from Jamaica, Trinidad and Tobago, Bahamas, Bermuda and South Africa to train here because the dance companies here only had a few men.

Having brought in men from abroad to dance here, it created a presence of black men in dance and because of this, Parson decided to create a piece about men coming into the artistic dance world.

“I was able to do a piece at least for four men, and not only that, I look at gender crossing like men are macho, men are feminist, there are female qualities and male qualities in men and I wanted to bring that out. Breaking Out was, for me, showing us that men can dance too, regardless of their preferences within the gender, even though we’re all supposed to be male.”

Parson’s founding of Ballet Creole brought Black Dance to mainstream Canadian stages, establishing the company as the forerunner of Black Dance in Canada.

Ballet Creole was initially asked to create a commissioned work for the 2015 Pan Am/Parapan Am Games, he says, but lost out when a Vancouver-based company subsequently got the main commission.

“We are working with the offshoot of the Pan Am Games which is the Pan Am Path. Fortunately, we are the only main dance company that has been accepted into the lineup. I’m working on something called J’ouvert for the Pan Am Path.”

The Pan Am Path is a multi-use path to connect Toronto’s trails and create an active-living legacy for the Games. It will connect over 80km of trails across Toronto and bring together residents, local organizations, artists and businesses to create vibrant public spaces that are reflections of those communities along the route.

“We are working feverishly now to accumulate the funds so that I can put the production together, cause as the only main company and this is a celebration of our 25th year, I’m looking to have something that’s never been done before. J’ouvert is the carnival before carnival in Trinidad and that has a lot of spiritual and artistic expression and that’s what I want to bring,” he says.

Parson is the recipient of the Entrepreneurial Award of Merit from the African Caribbean Chamber of Commerce, and the New Pioneers Award from Skills for Change, for his pioneering work in the world of dance in Canada.

He holds a Master’s degree in dance ethnology from York University where he has been a course director in the faculties of fine arts and kinesiology.

The outspoken choreographer regularly conducts workshops and lecture demonstrations for universities and schools in Ontario. Through extensive studies at the Katherine Dunham Institute for Humanities, he has been awarded certification as a teacher of the Dunham Technique, which he teaches in Canada where it is little known and practiced.

Over the years, Ballet Creole has consistently provided a forum for choreographers, dancers and musicians to practice their art.

The company has performed in Toronto, St. Catharines, Hamilton, Vancouver, Montreal and New Brunswick, and has toured in Trinidad and Tobago, the northern USA, appearing in Washington, Columbus, Ohio and Oswego, New York.

Despite all of this and the world-class body of work of his company, Parson says the deterrent is that as a black entity in Canada it does not have the major supports from the country, like other companies, so Ballet Creole is a little bit stagnated here and lack the funds to tour the country.

He says they were breaking into the US for a while but then 9/11 happened and everything came to a standstill. He’s trying to rebuild that and to establish connections in the U.K, where he presented a paper in May.

Parsons is looking forward to his company participating at two festivals in the U.K.

He says there’s always an interest in the company but when he looks at what people want to pay them it is not feasible.

He notes that if he has the right kind of funding he will have the right quality of dancers because he builds them but because he does not have the funding to keep them, they all leave. Some are in productions like the Lion King in the U.K., Miss Saigon, and are in different parts of the world.

“They train here and get their foot in the door, and then move to a good level of artistic expression and then, because we not touring it’s hard to keep them.”

Through its daily classes and summer school programming, the Ballet Creole School of Performing Arts offers an innovative mix of Afrocentric percussion and contemporary African, Caribbean and modern dance for adults, children, beginners, amateurs, and professionals wishing to develop their technique and performance skills.

An apprenticeship program is available in dance and music for professional level dancers and youth wishing to delve intensively in these art forms.

Ballet Creole is a non-profit charitable organization governed by a board of directors.