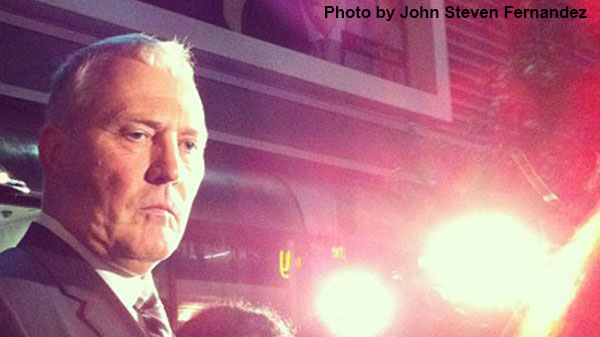 June 23, 2011 saw Chief Blair admitting to mistakes made and the Police Service being unprepared during the G20 summit, resulting in more than 1,100 persons detained in the largest mass arrest in Canadian history; 1,133 days later, he learned that come April 25, 2015, he would no longer head Canada’s largest municipal police service.

The board declined to provide details of the vote, and up until press time, did not respond to requests from Pride News for more detailed comments.

Blair was first appointed as Toronto’s Top Cop on April 26, 2005. In his nine years, many say that Blair has been a champion of community policing, bringing his more than thirty-year experience to bear on what is by all accounts a difficult job. While some are relieved, and even pleased by the decision, others are surprised.

President of the Toronto Police Association, Mike McCormack, said the organization was “surprised” to learn of the nonrenewal of Blair’s contract. He went on to say that the group was looking forward to working with the new chief.

While speculation around the reason for the decision continued, TPSB Chair, Alok Mukherjee said, “The board took into account a variety of factors.” Remaining tight-lipped about any specific reasons, Mukherjee thanked and praised Blair for his service. It was also quickly noted that Blair’s performance had nothing to do with the decision, nor did his highly publicized foray with Mayor Rob Ford and his brother Councilor Doug Ford.

As can be expected, there exists within the community those who are pleased to see Bill Blair booted. In an exclusive interview, Human Rights Advocate and Race Relations Consultant Arnold Minors, spoke candidly with Pride News. “I think, Chief Blair set police-black community relations back 25 years.” Minors, who served on the TPSB from 1993-96 is lauded “as an advocate for fiscally responsible, safe, competent and equitable policing.”

When asked what the non-renewal of Blair’s contract meant for the community, Minors said “There is an opportunity for us to speak up loudly about the kind of chief we deserve. All residents of Toronto and visitors to Toronto deserve a chief who will make sure that we get fair, competent, cost-effective, equitable policing.”

The question remains: Who will replace Blair? “I don’t think Blair should be replaced; we don’t need a Blair but with a different name. Among the present deputies, there are candidates who are capable of doing the job that is needed,” says Minors.

It is also Minors’ opinion that the TPSB should conduct “rigorous annual review of the chief’s performance, against a set of publicly declared criteria. Even if there is a five year contract, we deserve to be able to end the contract after any reasonable period if the chief fails to perform.”

Though the TPSB notes that they have not eliminated the idea of looking extensively, including internationally, for a new chief, two of the three sitting Deputy Chiefs of the TPS are Black.

Minors notes that having a black chief would send, “a powerful message to youth that it is possible. That you do not have to be a white man to be police chief of the largest city in Canada.”

He continued, “It also means that we can benefit from having a chief who knows firsthand what it means to be black in this city and policed disrespectfully—and sometimes unlawfully. It means that we can make strides toward fair, competent, equitable policing; a goal that benefits everybody—not only black people.”

President of the Urban Alliance on Race Relations, Gary Pieters, said in a statement: “We are hoping that the new chief will be someone with a progressive approach and role model for rank-and-file officers.”

The logical course of action seems to be employing a chief from among the deputy chiefs. Mike Federico brings 40 years of experience. Prior to his promotion to Deputy Chief of Police, Federico held the rank of Staff Superintendent and was assigned to lead various areas within the Toronto Police Service, including Professional Standards and Human Resource Development, and Central Field Command.

Mark Saunders, who was appointed Deputy Chief on November 20, 2012, is a 30-year veteran and considered a front-runner. “This is a tremendously positive step forward for our organization,” Mukherjee said at Saunders’ appointment.

“He is an accomplished police leader with exceptional investigative skills and law enforcement experience. At the same time, he is innovative and progressive with a keen awareness of the need to ensure that the police engage and respond to the community in an inclusive, unbiased and collaborative manner, using a variety of outreach and education initiatives,” he said

Mukherjee went on to note that Saunders, a Jamaican by birth, “understands the critical importance of a positive relationship between the police and the public and is personally committed to fostering and enhancing this relationship. In addition, he brings to the position a fresh vision for the organization, a clear understanding of the multiple challenges we face today and a focus on change management.”

Among those in the know, the man slated for the nod is Deputy Chief Peter Sloly. With a quarter-century of policing under his belt, Sloly has overseen the controversial Toronto Anti-Violence Intervention Strategy, or TAVIS, unit, as well as other community safety initiatives. The Jamaican native has handled diversity management for the TPS and has led a review of the controversial “carding” practice.

As early as his appointment in 2009, it was whispered in various circles that Sloly was being groomed to sit at the TPS helm. Those who know the educated and jovial man who became one of Toronto’s youngest Deputy Chiefs, are familiar with his ability to easily identify with whomever he comes in contact. Many say that quality will endear Sloly to both the rank-and-file and senior officers. The question is not only if Sloly is suited for the job, but is he desirous of the responsibility.

“I think anybody who reaches this level and says they don’t have that aspiration [to be Chief] would be lying to you,” the York University MBA Graduate said in a 2009 interview after being appointed Deputy Chief. “I would love to lead an organization like this [TPS],” Sloly continued.

With a Mayoral election slated for October 2014, pundits argue that it would better serve Torontonians to begin the selection process after the elections. In either case, experience and qualification are glaringly evident within the TPS itself; whether the TPSB will look outside, remains to be seen. It shouldn’t. 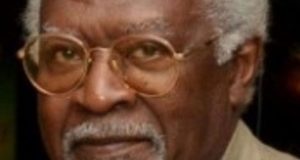