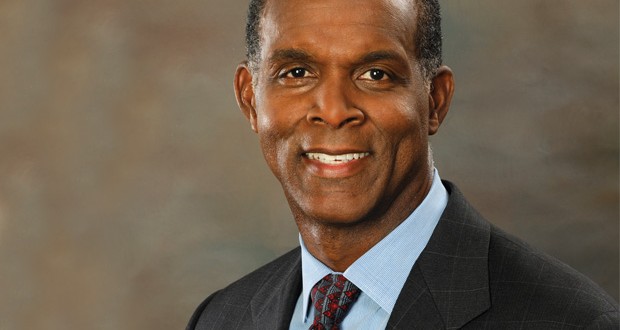 Corporate America was rocked last week by the news that Clarence Otis is stepping down  from his post as chairman and CEO of Orlando-based Darden Restaurants, the chain which owns brands such as Olive Garden and The Capital Grille and grossed $8.5 billion in 2013.

What makes his departure after a decade-long tenure as chief executive so significant, however, is the fact that it will reduce the ranks of African American CEOs who run the nation’s largest publicly traded companies. The following is our list of the most powerful African American business leaders running mammoth enterprises that gross more than $10 billion.

American Express Chairman and CEO Kenneth I. Chenault is the face of global corporate leadership. For 13 years, he has been the adroit, steady manager of the $35 billion giant that provides payment-card products and travel services to consumers and corporations worldwide. He has guided his company— and counseled U.S. presidents – during flush times and nation-shattering crises.

CEO Don Thompson is charged with leading McDonald’s mission to make it the favorite eatery among billions of customers. With oversight of a worldwide operation that grossed $28.1 billion in 2013 and spans 118 countries, he has currently embarked on a new, ambitious campaign to beef up customer service, marketing efforts and menu offerings throughout 33,000 restaurants.

As Chairman and CEO of Xerox Corp., Ursula Burns runs an operation that ranks among the 140 largest publicly traded companies with gross revenue of $21.8 billion and 146,000 employees. At the helm since 2009, she has transformed the company that has been known for its copiers and printers into an innovative computer services enterprise impacting sectors ranging from airlines to health insurance.

Merck Chairman and CEO Kenneth Frazier runs a massive operation that grossed $44 billion in 2013 and has developed prescription drugs, vaccines, therapies and health products that treat individuals in more than 140 countries. It is the nation’s third biggest drug manufacturer with 76,000 employees across the globe and another 1,300 through joint ventures in China and Brazil as well as spends a whopping $7.5 billion in R&D to find treatments for cancer, diabetes and hepatitis, among other ailments.

Carnival Corp. CEO Arnold Donald is the captain that steers this long-time worldwide industry leader -nearly half of all cruisers, or 10 million passengers a year, sail with one of the company’s 10 brands. In his current role for a year, he has charted a new course:  Recreating the $15.5 billion cruise company.

TIAA-CREF President and CEO Roger W. Ferguson Jr. leads the strategic direction for an enormous financial services complex that, among other services, provides retirement plans for 15,000 colleges, universities, research centers, and non-profit institutions. Ferguson has plenty of experience to operate this leviathan that grossed $33.8 billion in 2013: He served as a former vice chairman of the U.S. Federal Reserve Board of Governors in which he held voting membership of the Federal Open Market Committee and a member of President Obama’s Council on Jobs and Competitiveness.