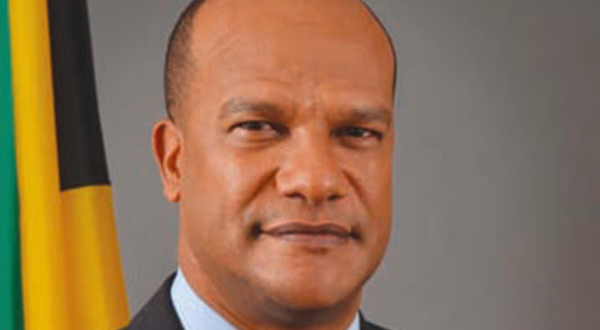 KINGSTON, Jamaica CMC – National Security Minister Peter Bunting has asked the Attorney General to explore the possibility of not sending persons to jail for having small portions of marijuana in their possession, pending the amendment of relevant legislation.

Bunting’s request follows the controversial death of Mario Deane, 31, a construction worker from the western parish of St. James, who succumbed to injuries received while in police custody.

Last Sunday, Deane was charged for possession of a small quantity of marijuana, was beaten while in custody at the Barnett Street police station in the second city of Montego Bay.

He was taken to hospital, where he died on Wednesday.

“Justice Minister Mark Golding and I, have requested the Attorney General to research the law to see whether, pending an amendment to the law, we can make it the policy of the Police to proceed by way of summons in these cases (possession of small quantities of ganja) rather than by way of arrest and detention. This would be consistent with the stated policy direction of the government and help to address the issue of overcrowding in our lockups, while reducing the administrative burden to deal with these cases,” Bunting said.

Opposition Jamaica Labour Party’s (JLP) Deputy Spokesperson on Justice Harold Malcolm in condemning the death also highlighted the delinquency of the government in stopping the arrest of persons for the possession of small quantities of gang.

“The promised amendments to the Dangerous Drugs Act must be fast-tracked. To avoid this kind of injustice, the Government should also issue interim instructions to the police not to prosecute individuals found with a small quantity of the drugs,” said Malcolm.

While Deane’s death is being investigated by the Independent Commission of Investigations (INDECOM) and the police, Bunting has asked the Acting Commissioner of Police to immediately examine the arrangements for supervising detainees, to ensure the safety of those in the custody of the state.

On Friday residents from Dean’s community of Rosemount, staged a massive demonstration, for the second day, in Montego Bay, calling for answers to his untimely death.

They have accused Barnett Street police of beating Deane, resulting in his death.

But the Police High Command has refuted this claim.