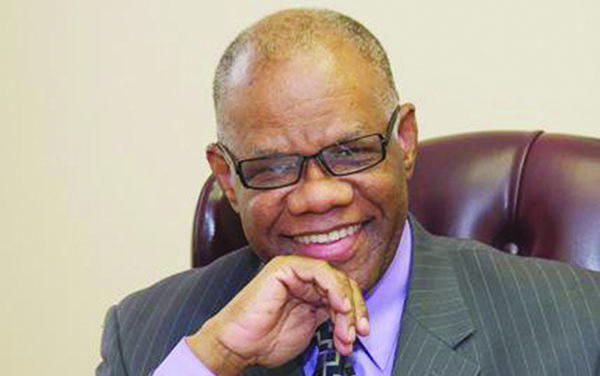 TORONTO, Ontario – Jamaica’s consul general at Toronto, Seth George Ramocan, is elated that his term of office has been extended, from July 30 when it was officially completed, to November 30 this year.

He revealed this at a Community Farewell Reception held for him and Sheila Sealy Monteith, Jamaica’s high commissioner to Canada, on August 11 at the Jamaican Canadian Centre in Toronto.

Ramocan asked Noel Arscott, Jamaica’s minister of local government and community development, who was present, to pass on his appreciation to Prime Minister Portia Simpson Miller for “lifting the bar” in keeping him in the position after the government changed from JLP to PNP in the 2011 election, and for reappointing him after his tenure was completed. Ramocan described this move as unprecedented.

He was appointed consul general in November 2009, three months before Sealy Monteith assumed her office in Ottawa. After serving 4 years and almost 6 months, the high commissioner will return to Jamaica at the end of this week to the Ministry of Foreign Affairs and Foreign Trade. The farewell event was her final encounter with the Jamaican community before leaving Canada.

Ramocan, who is also Dean of the CARICOM Consular Corps, Toronto, said he has fallen in love with the Jamaican Canadian community and has developed a good working relationship with the high commissioner.

‘There’s nothing that feels as good as meeting with people that you care about who care about you,” he said, noting that as a politically appointed person he benefited from Sealy Monteith, a career diplomat.

Speaking of the kindness, encouragement and warmth that he has received from the community, the consul general reeled off a number of projects initiated by his office, some with the help of his wife of 42 years, Dr. Lola Ramocan.

These include: a leadership learning program with principals, a conference on the role of the church in the diaspora, setting up the Jamaican Canadian Initiative for Disaster Resilience and Response (JCIDRR), with former Canadian Prime Minister John Turner as honorary chair and patron; and plans to rejuvenate the Sir John Golding Rehabilitation Centre in Mona with the help of David C. Onley, Lieutenant Governor of Ontario.

He reminded everyone that there is no longer a negative connotation attached to term “brain drain” as a redefinition of the nation of Jamaica has taken place.

“The redefinition of the nation of Jamaica comprises every Jamaican in the diaspora. It is no longer a native issue of a brain drain and people leaving.”

The consul general said there is an untold story of Jamaica and that there is a seed of greatness in every Jamaican as evidenced in the leadership presence of Jamaicans in various sectors of society.

Cherita Girvan-Campbell, president of Arts & Culture Jamaica Inc., lauded Ramocan for his quiet, humble manner and caring approach and for his inroads into the congregations of 250 churches.

She also praised him for steering the Jamaica 50 Committee in Toronto and his strong commitment to showcasing Jamaica’s culture.

The outgoing high commissioner said she is proud of Jamaicans here for making their mark on their community, Toronto, and Canada.

She noted that this could not have been easy and the historical realities provide the proof, but Jamaicans have endured and society is the better for it.

“There is much more work to be accomplished, especially in helping our children to understand the struggles through which you went and to appreciate the opportunities they now have as a result. I reiterate my conviction of the importance of education to this process and remind you of the maxim that “when one generation plants a tree, another reaps the shade,”” the high commissioner said.

Sealy Monteith charged Jamaicans to remain vigilant that the gains they have made, individually and collectively, would not dissipate because of inattention.

“We cannot afford to allow them to drop the baton in mid-course, indeed at any point in the course.”

She said the relations between Jamaica and Canada and consequently the work of the Jamaican High Commission have proceeded historically in a number of areas –bilateral relations at the level of both governments; economic relations which included formal trade agreements between both countries; labour, tourism, investment and trade promotion and diaspora relations.

Regarding a trade agreement, she said the one which previously existed between CARICOM and Canada came to an end on December 31 last year, after a one year extension of its original tenure.

She said the negotiations, which were underway since 2009, for a replacement regime came to an end on June 30th this year with no agreement and uncertain prospects.

“This means that there is no formal trading arrangement in place between our two countries and the cost of goods and services from Jamaica and other CARICOM countries are likely to increase.  It has been my belief that when we face challenging situations in our relations we are at the best place to dig deep to find the true meaning of those relations and to keep them burning on other fronts.”

She said that with the changes in the delivery of its aid programme, Caribbean countries have also been impacted by the decisions made by the Canadian Government in that regard.

“Times have change and we are charged not to make what we have for granted but rather to make adjustments and find the areas in which we can best help ourselves while allowing others to help us when they are able,” she said.

In the community tribute, Gail Reeves, president of Glenmuir Past Students’ Association, said the high commissioner was tireless in her efforts to bring all Jamaicans across Canada together.

In his welcome remarks, Barry Coke, president of the Jamaican Canadian Association, said the organization has a very good relationship with the high commissioner and the consul general.

Mitzie Hunter, associate minister of finance, Ontario and a Jamaican, said both diplomats have a passion and deep commitment to strengthen the relations between Jamaica and Canada.

“Both of you have gone above and beyond the call of duty to raise the profile of Jamaica. Ontario is lucky to have such a vibrant Jamaican community,” she said, mentioning that she came to Canada from Jamaica with her grandmother, Eva Hunter, in 1975.

The emcees for the evening were Marcia Brown and Owen Blakka Ellis.