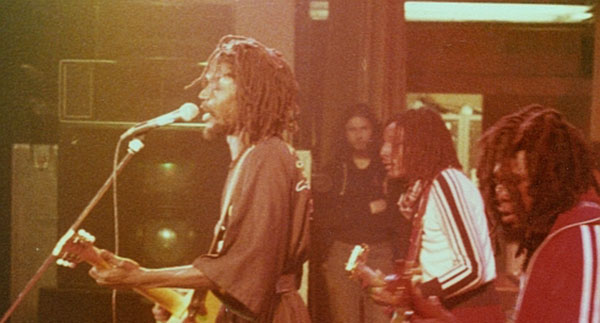 Bob Marley’s art director, Neville Garrick who worked with both Marley and Peter Tosh called Tosh, “a musical freedom fighter,” and says he represented the Wailers’ “most militant and defiant side.” Garrick went on to say, “If Peter had been in the Black Panthers he would have been Minister of Offence.” Garrick himself had been a member of the Southern California Chapter of the Black Panthers and a student of Angela Davis at the UCLA (University of California, Los Angeles).

I was blessed to have met Tosh in Los Angeles in 1978. I saw him every time he performed in Toronto and thanks to Herbie Miller, his then manager, I toured with Tosh and Word, Sound & Power in Ottawa and Montreal. I spent hours talking with Tosh on the tour bus about music, Africa and believe it or not, flying kites.

The last time was in mid-1980s, he and I spent the whole day together. His publicist, the late Charlie Comer, and I rode with him in a limousine to several sporting goods stores and bookstores. We visited Gwen and Leonard Johnston’s Third World Books and Crafts. He was well read, and he and Mr. Johnston talked up a storm.

Tosh was no doubt a fire-spitter. However, I discovered another side of the Bush Doctor on the summer day in Toronto. I vividly recall while riding with Tosh when the love song, How ‘Bout Us, by Champagne, was playing on the radio and Tosh sang the whole song—word for word.

Since I was familiar with the history of the Wailers’ music, I teased him and said, “I thought that you did not like those kind of lyrics?” He just busted out laughing and asked: “What kind of music do you think that I make love to my woman to?”

Tosh was like Richard Pryor fronting a reggae band. Tulloch’s and Masouri’s volumes talk about this. Desmond Shakespeare says, “Peter’s affable, fun-loving personality is what I miss most about him. He was always a joy to be around because he was so entertaining. Even when he was serious, you would end up laughing.”

Tosh joined then Jamaican Prime Minister Michael Manley on a cultural mission to Grenada. Maurice Bishop (Grenada’s then Prime Minister) was a socialist while Manley was a Democratic Socialist. Masouri points out, “In the presence of Michael Manley, he responded to the Grenadian Prime Minister’s greeting of ‘Welcome comrade’ by retorting, ‘I man don’t come red, I come black.’”

However, Tosh was not an anti-communist. He was one of the most anti-imperialism artists of any genre. He continually lashed out against imperialism at his concerts from Jamaica to Zimbabwe.

Black musicians have always practiced African internationalism. Duke Ellington’s band was Pan-African and Cuba and Black America have had a special relationship. Gerald Horne discusses this in his latest book, Race to Revolution: The United States and Cuba During Slavery and Jim Crow.  Tosh kept this tradition alive. African American guitarists like Al Anderson, Donald Kinsey and the late Daryl Thompson provided Word, Sound & Power the blues/rock sound that both Tosh and Marley loved. Tosh was a rural man and loved Country & Western along with Calypso, Mento as well as R&B.

I will never forget seeing Tosh jump on stage when Bob Marley and the Wailers were performing at the Starlight Bowl in Burbank, California in July of 1978. Bob was performing “Get Up, Stand Up” a song that was from the pens of Tosh and Marley.

Tosh’s music was aimed at Africa, Africans and all the world’s oppressed. However, he did have a special relationship with Africa and Africans. Tosh always commented that it did not matter where a black person was born, she or he was still an African. That statement of his stayed with me over the years.

Norman (Otis) Richmond, aka Jalali, was born in Arcadia, Louisiana, and grew up in Los Angeles. He left Los Angles after refusing to fight in Vietnam because he felt that, like the Vietnamese, Africans in the United States were colonial subjects. Richmond is currently working as a producer/host of Saturday  Morning Live on Radio Regent (radioregent.com.) He can also be heard on Diasporic Music on Uhuru Radio (uhururadio.com). His column Diasporic Music appears monthly in The Burning Spear newspaper.