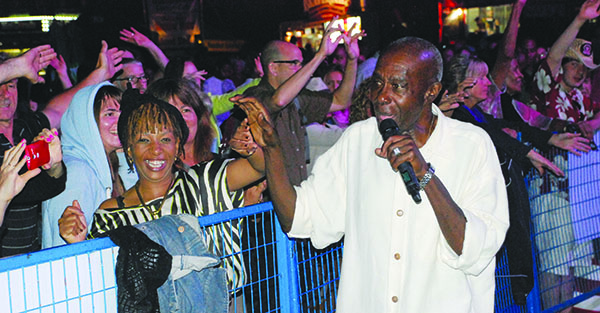 TORONTO, Ontario – The changes taking place in the Eglinton Avenue West area of Toronto have prompted a city councillor to propose naming a public lane, “Reggae Lane” to recognize the history and legacy of reggae music in what is unofficially known as “Little Jamaica.”

The lane is behind several Jamaican-owned businesses in the Eglinton Avenue West and Oakwood Avenue. Signs are now being printed and there will be an official unveiling of the new name in the fall, after the municipal election.

While the move seems to have the support of local business owners who say the lane needs a revamp first, some reggae music aficionados have mixed reactions. 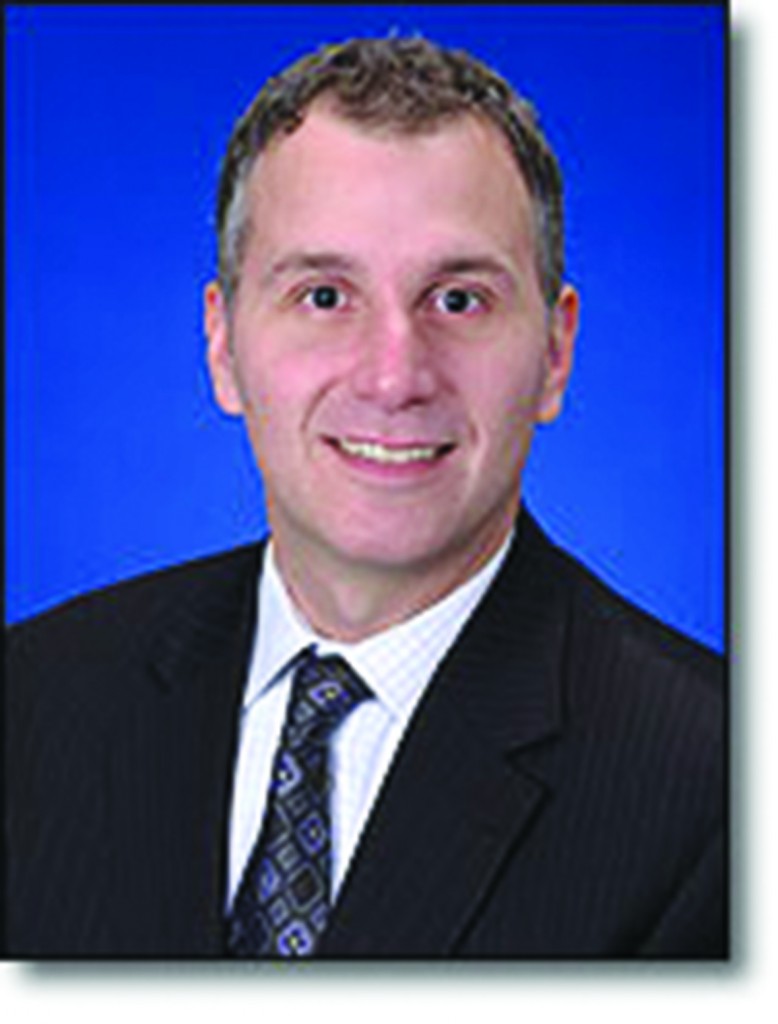 On August 13, Josh Colle, Toronto city councillor for Ward 15, Eglinton-Lawrence, sent a letter to the community announcing that the North York Community had approved his motion for the lane renaming. Currently, the laneway does not have a name.

“To recognize the area’s rich music history, the laneway located south of Eglinton Avenue West and extending easterly from Oakwood Avenue will now be called “Reggae Lane,” said Colle who grew up in the area.

He notes that, “In the 1970s and 80s, Toronto was the epicenter of reggae music after Jamaica, and much of that activity could be found in the vibrant stretch of music stores, labels, studios and venues along Eglinton Avenue West.”

Colle said the city’s policy for renaming civic properties is a great way to honour and promote this heritage.

He notes, “As Eglinton West continues to transform with the coming Eglinton Crosstown and Oakwood Station, it is more important than ever to remember and celebrate this rich history. I think Toronto needs to do a better job of recognizing its history – especially its music history. Like the Yonge Street strip, Yorkville, and Queen Street, Eglinton West has a music history and story that should be shared.”

A report dated July 11, 2014 from Shirley Wilson, the director, engineering services of the city, to the Community Council, notes that the proposed name has been circulated for comment and is acceptable to Toronto Police Service, Toronto Fire Services and Toronto Emergency Medical Services.

It said community support had been provided. But the North York Preservation Panel objected, proposing instead the name “Captain Jessop Lane” after an historical figure.

LEGACY OF REGGAE MUSIC IN COMMUNITY

Arnold Rowe, vice chair of the York-Eglinton BIA, said Councillor Colle introduced the idea in March of this year.

He said that having grown up in the area Colle knew from his childhood how the influence of Jamaicans affected the area colloquially known as “Little Jamaica” from Marlee to Oakwood, Glenholme Ave., and Dufferin St.

“This particular area was the embryo of the Jamaican migration from 1958 coming on up when the first set of Jamaican immigrants came into Toronto under the household helper program. This was the area in which they stayed; they lived and took root here.”

Rowe said these Jamaicans brought along their culture – dance and music – and when Jamaican artists were invited to Toronto this was the area in which they came.

The record shops, which were mainly between Marlee Ave. and Oakwood Ave., sold vinyl — 45s and LPs — and people came from all over to buy their music there.

Rowe said when Colle came up with the idea; he contacted him, veteran reggae singer, Jay Douglas, and others like him who grew up with the music in the area.

They had consultative meetings, which did not only include Jamaicans but people from other ethnicities, who lived in the area who “understood the value and the vibrance, and effect that the music had on the area.”

There was a vote and it was agreed that it would be called “Reggae Lane.”

The BIA vice chair said the laneway will be upgraded and efforts will be made to identify the forerunners of the people who carried the music here so that second and third generation Jamaicans will know their history.

“It is intended to set up murals where pictures of these artists would be there to be seen. Blurbs under their picture would be there for the younger folks to go and read about these people. That’s the essential idea. It’s going to be like a cultural park with an emphasis on reggae music from Jamaica as the Jamaicans contributed to this area.”

He said there were no other options offered as the lane is the only thoroughfare that the city has governance over. All the other areas facing Eglinton Avenue are private property.

Douglas grew up in the area and said the main concern of Councillor Colle and others, like himself, is that Toronto has not done well with its history, especially arts and culture.

“Now that they’re building the rapid transit, Eglinton is going to be changing rapidly and we’re concerned that we’ll lose more of the history and the legacy that has built up there for years.”

The veteran musician said, “Lester and Monica of Monica’s Beauty Salon & Cosmetic Supply started from the late 1960s, and many artists have passed through there.”

He said one of the biggest distributors of reggae music was Cookie of Cooks Distributors and his entrance was from the lane. Joe Gibbs Records used to be along the strip as well.

Douglas said Colle spoke with all the vendors there and they were in agreement with him to name it “Reggae Lane.”

He said this means the city has started to appreciate what the West Indian culture is all about. “More than anytime now, reggae is getting its recognition in Toronto,” he said, noting that he sang Bob Marley’s “One Love” inside City Hall at the invitation of all the councilors.

Douglas said this is a start and a step forward, there is a bigger picture ahead.

“I like the idea and the concept. Personally, I think it should have been the street instead of the lane cause that’s just one side the road. Both sides of the street right here on Eglinton contributed a lot when it came to music, especially in the reggae industry” said deejay Chozen, of Trea-jah-Isle Records, located on the north side.

He said the store, from the days when Duke Reid and Nana McLean owned it, and record stores, like Jammy’s and Record Factory, contributed to the prolific reggae music in the area.

Vernal Small, proprietor of Jamall Caribbean Custom Tailors, who on September 1 celebrated the 40th anniversary of his store being on Oakwood Ave. and located at the entrance of the laneway, welcomes the naming.

Some customers and staff in Randy’s Take-Out, which backs onto the lane and has been around for 36 years, also agree with it but recommend that the city clean it up and install lights.

One person said the laneway is a popular location for drug addicts to hang out and they do not represent reggae. She said that while Eglinton Ave. West represents reggae, the back of it does not.

“If they’re going to clean it up and make it presentable, I’m okay with that. It’s in poor condition in the back there. It’s very, very bad, all types of people. Would they monitor it? We all know it’s a place for businesses to come in with their products and trucks come into the lane to deliver. We all know these things, but at the same time, will law enforcement monitor in the back there?  Make sure they’re going to clean it up because it’s the culture of a people. You just can’t give a name and disrespect people,” said Michael Moore, the popular calypsonian ‘Beginner’ whose barbershop backs onto the lane.

Mavis Palmer of Discount Beauty Supplies & Salon says she supports it since it is an initiative of the city councillor. She also mentioned the changes in the area with the building of the subway and new condominiums.

CONCERNS ABOUT GENTRIFICATION AND THE NEW LIGHT RAIL TRANSIT

Dalton Higgins, a music programmer, pop culture critic, author, broadcaster and journalist, grew up in the area and lives there with his wife, Karen; daughter, Shiloh and son, Solomon.

“Will a re-naming of the lane do much, if anything, to help with some of the more pressing issues in the community, like economic development, helping to keep the mom and pop shops out there open, given the LRT construction and gentrification creeping in? There’s a condo development happening right next to this proposed Reggae Lane, so I can tell you that the people in the community are a lot more concerned with how that will impact the small black businesses out there,” said Higgins.

He said the men in the barbershops, where he has been facilitating black fatherhood workshops for many years, view these kinds of things as token gestures.

“They want to know how these initiatives translate into direct economic benefits for black businesses and the wider black community, and they seem less interested in just getting another feel good moment.”

Says Higgins: “I remember walking into the nearby condo developer’s sales office to check out what they were up to, and the woman at the front desk told my wife and me that the neighborhood would be changing for the better, not to worry, and I wondered what she meant by that – less black businesses, more Starbucks and Rexall’s, less reggae?”

Reggae music historian, Klive Walker, thinks the move is a positive one as the area has been home to businesses and residents of English Caribbean heritage for many decades.

He notes that the gentrification of that area is already underway and the arrival of the Eglinton Crosstown LRT will further accelerate that urban renewal.

Walker thinks though that the larger issue here is how the Caribbean presence and subsequent displacement in that neighbourhood is negotiated and understood as part of the city’s historical record. “The act of naming that lane should be the beginning of a discussion not the conclusion,” he said. 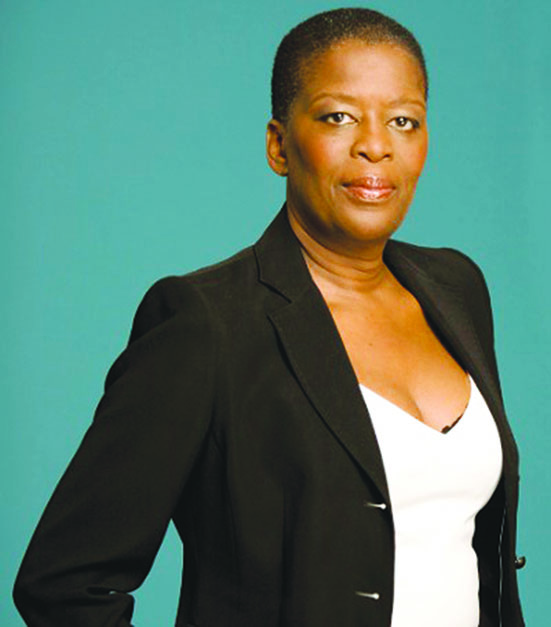 Denise Jones of the Jambana One World Festival

Denise Jones, an event manager and producer of the JAMBANA festival, said it is a good start.

“Acknowledgment of our music is a good thing but I think reggae and our community really are above the laneway. That’s not really our history. I hope that’s no indication of the level of our brand and the community. And I hope this is not someone’s political move.”

NAMING A STREET OR VILLAGE

She said reggae music is global and demands the name of a street. “If we’re going to acknowledge reggae, let’s acknowledge it in a way that’s significant to the contribution that it had globally and certainly on the Canadian music industry.”

Victor ‘Tipper’ Henry, one of the pioneers of Jamaican sound systems in the early 70s in Toronto, said he is not against the idea but totally against the location.

He and Terry Brown, who has been involved in the reggae business for 40 years, believe there should be a “Reggae Village” instead of a laneway.  They propose that this should be between Marlee Avenue and Oakwood Avenue or Dufferin St. along  Eglinton Ave.

Leroy Gibbon, reggae musician, said the naming is a good idea because reggae music pioneer, Jo Jo Bennett, used to be there teaching reggae music for a long time.

The exhibition featured many of the businesses in the Eglinton Ave. West/Oakwood Ave. area of the city.