TORONTO, Ontario – By December 5th of this year – the first anniversary of the death of the former South African president and anti-apartheid icon, Nelson Mandela – the signage of ‘Nelson Mandela Boulevard’ will be installed on University Avenue. The official street name will remain the same and addresses will not change.

In its meeting of August 25-28, council adopted a recommendation from the Public Works and Infrastructure Committee to dedicate the major thoroughfare with the ceremonial name, Nelson Mandela Boulevard.

“Mandela, who died last year, was president of South Africa from 1994 to 1999 and is revered for his human rights activism and political efforts to challenge and dismantle the legacy of apartheid. He visited Toronto three times and was made an honorary citizen during a visit in 1990,” notes the minutes from the council’s meeting.

In March, Councillor James Pasternak filed a motion at council meeting requesting a staff report on his proposal for the city to honour the late South African leader by naming part of a city street after him.

The city sought input from the public in June until July 4 and had over 1,500 responses, said Ryan Lanyon, the project manager at Transportation Services who worked on the Nelson Mandela dedication.

University Avenue is the street that the Mandela Legacy Committee unanimously approved as its preferred choice for naming after Madiba at its June 13 meeting and invited the community to support.

During Mandela’s first visit to the city in 1990, he and Winnie Mandela marched on University Avenue, from Toronto City Hall to Queen’s Park where the South African freedom fighter gave a speech to a crowd of 30, 000 people.

“We feel that University is one of Ontario’s best known roadways, popular with residents and visitors, and easily accessible by public transit. University Avenue is an elegant boulevard with impressive buildings and historically significant monuments including a monument to Canadians who served in the South African War (Boer War), 1899-1902. It is also the only option that involves the entire street. This street is most worthy for naming after Nelson Mandela,” said the committee in a letter sent to the community.

The recently formed not-for-profit organization of volunteers from community, education, business and labour intends to work with groups and individuals to preserve Mandela’s legacy of a society free from all forms of discrimination.

The executive committee is made up of co-chairs, Lloyd McKell and John Piper; secretary, Monica Hendricks; and treasurer, Zeib Jeeva.

The committee is in the process of establishing itself as a national Canadian organization.

Mandela was the first foreign leader to be awarded the Companion of the Order of Canada and in 2001 was granted honorary Canadian citizenship.

Meanwhile, McKell is one of the recipients of the Urban Alliance on Race Relations (UARR) 2014 award that will be presented this Thursday in Toronto. The other recipient is Debbie Douglas, executive director of the Ontario Council of Agencies Serving Immigrants (OCASI). 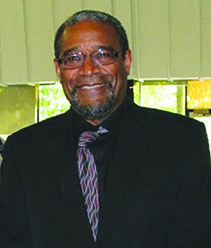 McKell has over forty years of experience as an educator, activist, and community leader. He has devoted a lifetime to advancing equity and inclusion for racialized youth and families.

He began his career at the Harriet Tubman Organization, where he worked with youth. McKell was the executive officer for student and community equity at the Toronto District School Board for over thirty-five years.

In 2007, he led the process for establishing Canada’s first Africentric school. He also helped to establish the Race Relations Advisory Committee of the TDSB and served on many committees including: Central Coordinator of Community Involvement Inner City Advisory Committee, French as a Second Language Advisory
Committee and Aboriginal Community Advisory.

“He currently co-chairs the Mandela Legacy Committee and is spearheading the initiative to rename University Avenue as Nelson Mandela Boulevard,” says a press release about McKell’s work in the city.

In 2005, he was awarded the African Canadian Achievement Award for Excellence in Education.

Every two years, the UARR holds a fundraising dinner to celebrate its history and shine a light on community-based anti-racism leaders who help make Toronto live up to its motto: Diversity, Our Strength.

“Diversity is more than multiculturalism; it is about policies and practices that embrace respect and inclusion. This year’s award winners are true anti-racism leaders and their work has made Toronto better, safer and more livable for
all of us,” said Gary Pieters, president of the UARR.