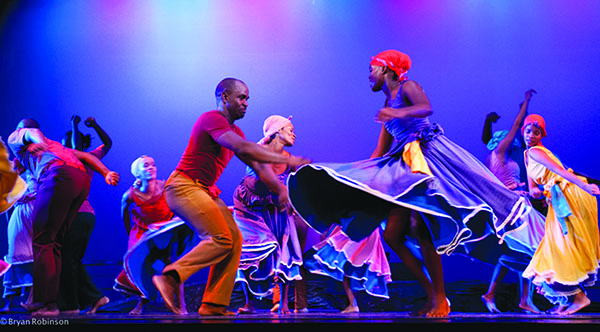 Above photo is of Jamaica’s NDTC performing a piece, Gerrehbenta, by Rex Nettleford. Photo by Bryan Robinson.

TORONTO, Ontario – After a 15 year absence from Toronto, Jamaica’s renowned National Dance Theatre Company (NDTC) will return to the city in November for a one-day performance, to “pay homage to the past and celebrate the passage of renewal and continuity.”

Under the auspices of Jamaica’s consul general at Toronto, Seth George Ramocan, the event entitled “Tribute to Rex” was launched at a cocktail reception for Carole Beckford, manager, creative industries and film commissioner, JAMPRO at the Jamaican consulate general in Toronto on September 8.

The performance will pay tribute to the late Professor Rex Nettleford, co-founder and artistic director of the company, a scholar, social critic and former vice-chancellor emeritus of the University of the West Indies, who suffered a heart attack in a hotel in Washington, D.C. on January 27, 2010.

He was admitted to the intensive-care unit of the George Washington University Hospital where he was in a coma for several days and pronounced dead on February 2. 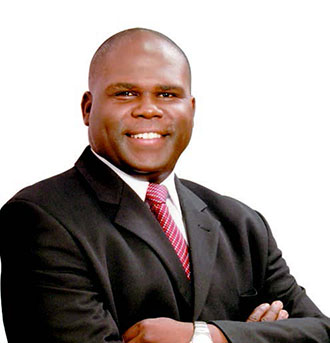 “The creative industry has really been a banner that we have flown high,” he said while urging more supporters to join the organizing team which will make the November 4 performance at the Sony Centre for the Performing Arts possible.

“It’s going to be an event, it’s not a show,” he said, noting that he gets the same feeling from being a part of this that he got when Jamaica played in the World Cup in 1998 and Jamaicans rallied in support of the Reggae Boyz.

Camille Hines, chair of the planning committee of “Tribute to Rex,” said the project has been a long time in the making.

“For this visit, the company will consist of a group of 35. This will include a cast of 16 dancers, 8 singers, 7 musicians and 2 technicians, a total of 35 members. Coordinating this is no mean feat. As you all can imagine, this is also a huge financial undertaking and sponsor support is still being sought.”

The performance will include works by a new generation of choreographers and also pieces by well-known resident choreographers like Bert Rose, Clive Thompson, Barbara Requa, among others.

In addition, there will be newly choreographed creations from their recently concluded and highly acclaimed annual summer season.

“What we do know is that one of the company’s most singular masterpieces, “Dialogue for Three,” choreographed by Rex Nettleford in 1963 and first performed by Eddy Thomas, Noelle Chutkan and Yvonne DaCosta, will be included,” Hines said.

She noted that after more than 50 years, this seminal piece continues to excite and inspire audiences around the world.

Artistic director, Barry Moncrieffe, will hold a master class with young students of dance during the visit on November 3. The class will take the form of two workshops: one at a school with a dance curriculum; the other, more community-based, will take place in the evening.

The rehearsal on November 4 will be open to students of dance. Proceeds from the performance will result in two scholarships being granted to aspiring students of dance to the Jamaica School of Dance.

The NDTC was co-founded by the late Professor Rex Nettleford and Eddy Thomas with 16 founding members in 1962, when Jamaica gained its independence, “to forge out of the Jamaican and Caribbean life, an art form faithful to reality while being a part of a wider world and universal landscape of the creative arts.”

Beckford said the visit was her first time in Canada and that she was in Toronto to facilitate potential investors. The renowned Toronto International Film Festival has happened in the city and Beckford had been meeting with key stakeholders.

She said Jamaica has a competitive advantage in film, music, dance, theatre and food.

Appealing to second and third generation Jamaican Canadians, she wants them – co-writers, co-producers and co-directors – to “come to Jamaica to get things done.”

The film commissioner noted that there are 800 young animators registered in Jamaica. Their work is being outsourced and they are making good money, she said, noting that documentaries and vinyl are coming back.

She said there are plans, in the making, to showcase Jamaica in the best ways from July 7-11 next year.

The Jamaica Film Commission was established in 1984 to promote Jamaica’s film industry. It forms part of Jamaica Promotions Corporation (JAMPRO/Jamaica Trade & Invest), the investment and export arm of the government.