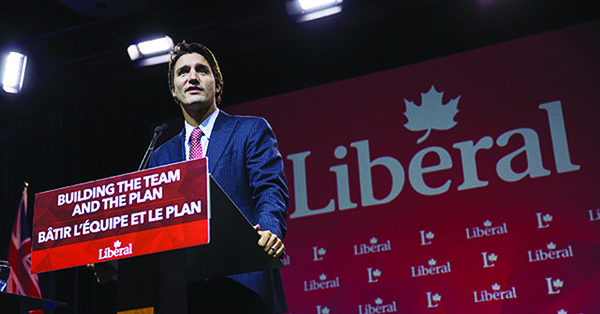 He spoke about the Party’s message of “Hope and Hard Work” and about the need to build the team and the plan that is ready to govern Canada.

Trudeau also focused on the growing popularity of the Party in Ontario.  He highlighted the new and dynamic candidates that have begun to be nominated across the province and the growing membership base, which surpassed the 200,000 mark across the country.

Trudeau also focused on the issues that matter to hard working middle class Canadians.  He spoke of the need increase funding for infrastructure spending including transit in the GTA.  He also spoke of the need to fix the problems created by changes the Harper Government has made to the immigration system.

Lastly, he addressed the recent attacks against him made by the NDP and the Conservatives, and he promised to continue to focus on Canadians while the other party’s focus on him.