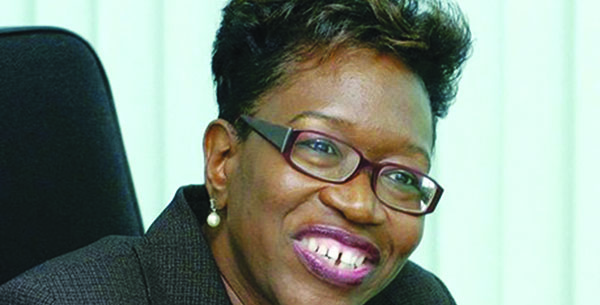 Photo above is of Director of Public Prosecutions (DPP), Paula Llewellyn.

KINGSTON, Jamaica CMC – The Director of Public Prosecutions (DPP), Paula Llewellyn, says, the outbreak of Chikungunya has led to the postponement of court cases due to the absence of several jurors with symptoms of the disease.

She said, this has also resulted in calls from judges for increased fogging of court buildings.

“What we have sought, was to have certain areas of the office sprayed and closed, and in the morning hopefully, we are able to prevent having any mosquitoes around,” she said, noting also that staff members have also been affected by the mosquito-borne virus.

Chikunguyna is spread by the aedes aegypti mosquito, with the tell-tale signs of the illness, including joint pain, so severe that it can be hard for one to walk.”

“In terms of my staff, I’m aware of three lawyers who have come down with it, and we have had to do some rearranging of our roster – it’s a question now of taking the necessary precautions,” Llewellyn said.

Meanwhile, the main opposition Jamaica Labour Party (JLP) has issued a preliminary response to the call for the two main political parties to mobilise their ground machinery in the fight against the virus.

JLP spokesman, Dr. Horace Hang, said that the matter will be discussed at the party level before a public statement is made.

The idea of the political parties participating in an initiative to tackle the spread of the disease was presented by The President of the Jamaica Medical Doctors Association (JMDA), Dr. Alfred Dawes.

The ruling People’s National Party (PNP), says it has already responded on the ground to the Chikungunya virus, as Health Minister, Dr. Fenton Ferguson, urged party members to lead the charge to take preventative measures.

Meanwhile, the Caribbean Community (CARICOM) grouping says it continues to be at the forefront of efforts to deal with the virus, and that CARICOM Secretary General Irwin LaRocque held discussions on the weekend in New York with representatives of the governments of Brazil and Argentina on assistance for the region.

“The discussions with Brazil’s Vice-Minister for Health Mr. Jarbas Barbosa, have led to an invitation for a team from the CARICOM Secretariat, the Caribbean Public Health Agency (CARPHA), and the Pan American Health Organization (PAHO) to visit Brazil, to further discuss specific areas of support against Chikungunya in the first instance.  Argentina will visit the region shortly as it builds on ongoing support for the health sector,” A CARICOM Secretariat statement noted.

It said the discussions with the Brazilians as well as with the Director of PAHO and the Deputy Director-General of the World Health Organization (WHO) also centred on CARICOM member states, complying with International Health Regulations, which help prepare countries for dealing with health crises such as the Ebola threat. It was agreed that capacity-building assistance was required across Member States.