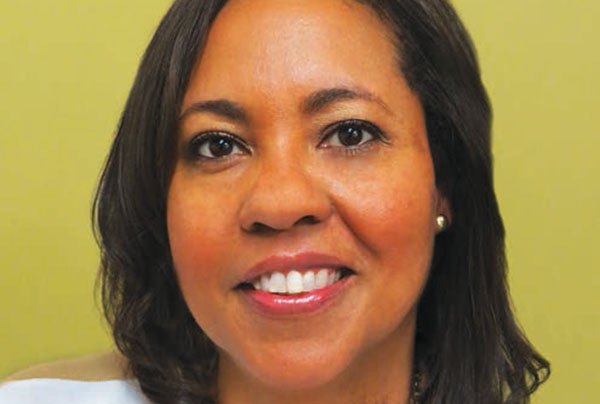 Photo above is of Tropicana Executive Director, Sharon Shelton.

TORONTO, Ontario – The infrastructure for Tropicana Community Services’ state-of-the-art headquarters in Scarborough is built, but executive director Sharon Shelton says the agency is still $80,000 short of achieving its ultimate objective.

“The infrastructure is all there but not everything is finished,” said Shelton, adding that furnishings are needed for the “Centre of Excellence” that was officially opened last Friday.

Administrative and counselling services have been offered from the organization’s headquarters since last year.

The Centre of Excellence adds community rooms, classrooms, an art studio, a computer lab, boardroom, and a gymnasium to the building at 1385 Huntingwood Drive.

“We only have one more section to do,” Shelton said at Friday’s opening ceremony that was attended by scores of people including current and former volunteers, board members and staff of Tropicana; some of its donors; MPPs Mitzie Hunter and Bas Balkissoon; and former Ontario cabinet minister Zanana Akande.

“This is a wonderful facility,” said Hunter, MPP for Scarborough-Guildwood and Ontario’s associate minister for the ministry of finance, focusing on the Ontario Retirement Pension Plan.

“This is going to be a place where our children are going to learn, play and grow,” Hunter continued. “I think you guys are doing a wonderful job at Tropicana. Just keep it up.”

The “most pressing need” of Tropicana at present is getting funds for furnishings, especially for the gym, executive director Shelton said.

“We need the support of the community. We need them to step up and furnish some of the rooms.”

Last Friday also was the first of a two-day weekend-launch of activities commemorating a partnership between Tropicana Community Services (TCS) and the organizers of the 2015 Toronto Pan Am/Parapan Am Games.

The Pan Am championships will bring together more than 7000 athletes from Canada and 40 other countries. They are expected to include Caribbean athletes that won gold medals at the 2012 London Olympics such as, Jamaican Usain Bolt, Trinidadian Keshorn Walcott and Grenadian Kirani James.

Tropicana is one of several organizations province-wide mobilizing support for the Pan Am/Parapan Am championships through what are being called the “Ignite Games”.

“We encourage you to spread the word (about the Pan Am Games),” urged TCS president Jenny Gumbs, the former Grenada consul-general.

“We encourage you to participate by attending the Games. And we want to see all of our young people there as volunteers; enjoying the Games; whatever it takes.”

“We put in an application because we wanted to be a part of the Pan Am Games; we wanted to help get people excited about it. Our proposal was accepted,” said Shelton.

“Moving forward, we want to encourage young people to volunteer with the Pan Am/Parapan Am Games. It will be an opportunity to learn lots of skills, and it would be great on their resumes. We are very much a part of Toronto and want to keep the whole momentum alive.”

Shelton invited young people to call Tropicana at 416-439-9009 to receive information on how to apply to be a Pan Am/Parapan Am volunteer.