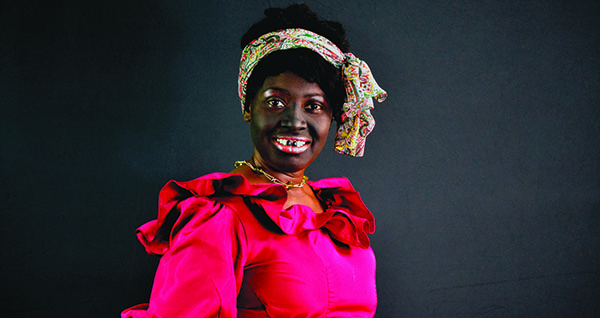 Delcita Gets A Degree In Romance Laws

“University of Delcita”, a family-oriented comedy drama, is coming to Toronto – from Jamaica – for three shows on Thanksgiving weekend.

Delcita Coldwater, a likeable and popular stage character, created and shaped by renowned and prolific Jamaican playwright, Paul O. Beale, in 1996, is fun to watch in this humourous theatrical episode. 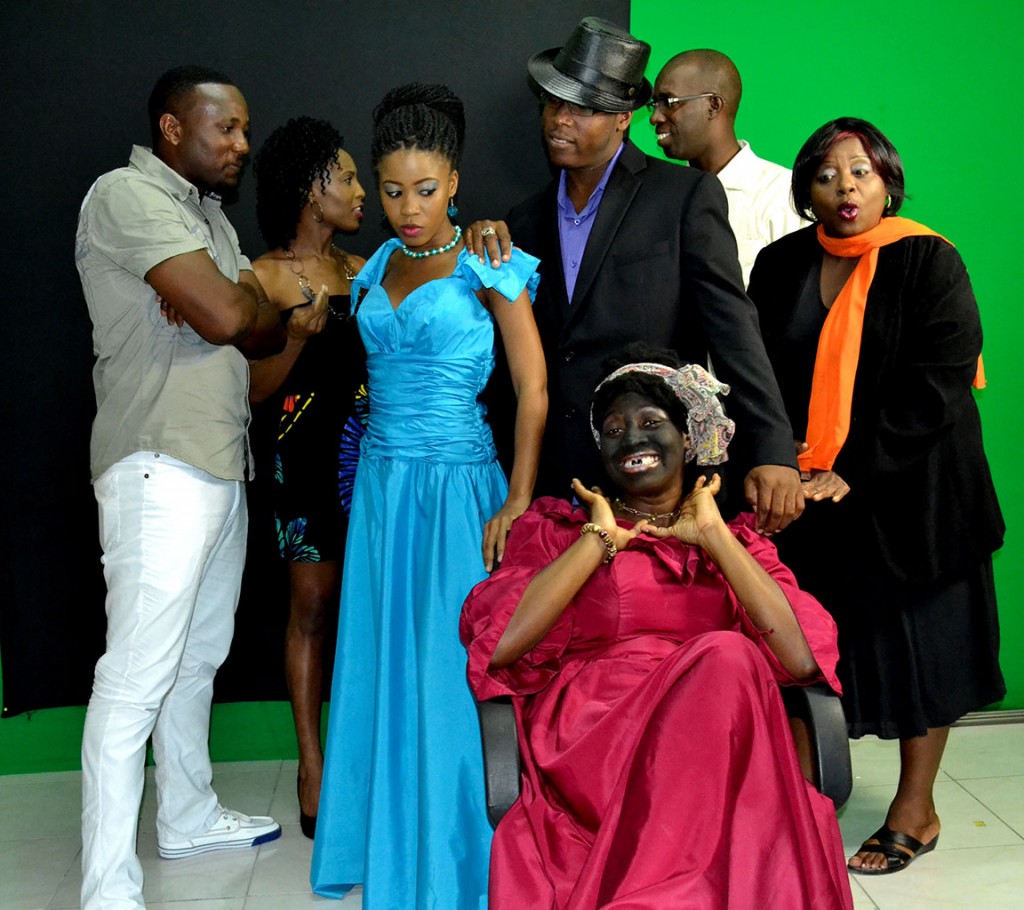 Delcita, seated, surrounded by the other cast members of the play.

In this incarnation, Delcita, a sometimes disfigured, loud, homely-dressed, rotten-toothed lady, is in romance-land; love is in her ears. She has discovered a ladder that can land her another university degree and she’s creating mayhem along the way.

Delcita is happily in love and many women will envy her body moves but, can she keep her man from the clutches of the ladies?

Delcita – played by veteran actress, Andrea Wright – in her usual indomitable, no-nonsense spirit, helps the audience recognize that life is an exam; some fail; some don’t understand the questions and copy from others; whilst many set up study guides and achieve success.

Wright has very little in common with her onstage character, as she is very eloquent, and explained recently, that she is nothing like Delcita.

“The things that Delcita does, I wouldn’t do. Delcita is brutally frank. She fears no one. It doesn’t matter if you are the president of America or the queen of England. I am not as witty as Delcita,” she once told The Sunday Gleaner.

“When I am on stage as Delcita, mi gone; behaviour off, because I am totally consumed by the character. I do about 10 ad libs in the show, but don’t ask me where they come from. Switching into Delcita is an auto; the costume is an auto button. I love the character. I adore the character and it’s very therapeutic.”

Wright is so focused on stage and so consumed by the character that people do not believe she is actually playing Delcita.

The story – penned by Wright, who also produces and directs the play – touches seriously on sexuality and marriage; the hypocrisy of the workplace and how hundreds of women are sweeping loads of issues under the rug.

Wright, who also produces and directs “University of Delcita”, is a graduate of Guidance and Counselling from Northern Caribbean University, and spends much of her stage time counselling and empowering her fans.

After a number of years teaching in the primary school system, despite no formal training, Wright came on board with Beale as an actress, in 1989, and was an instant hit with theatre-goers.

Wright, who played the character, Delcita, when she first appeared in 1996, in the play, “Mr. Dweet Nice”, is one of the most powerful actors in the Jamaican and Caribbean theatre scene. She credits growing up in rural Jamaica in helping her fashion the rustic mannerisms that has made Delcita a big draw.

She has a very large fan base and this has made her the first box office Jamaican female, who can – and does so easily – rival any of her male counterparts.

In addition to being an actress, Wright, who was quoted as saying, “I don’t plan to get married, but it’s my wish”, is a trained teacher and a certified counselor.

On a personal note, she describes herself as, “shy, genuine and a jovial big-eyed girl”, who has been inspired by Fae Ellington, Princess  Diana  and her grandmother, with whom she has lived since she was a baby.

“She (grandmother) taught me to be humble and instilled great moral values and I had a great spiritual upbringing,” she told The Sunday Gleaner.

The play is being produced in Toronto, through the courtesy of Fitz Morrison, President and CEO of Fam Records Inc., and plays at the Jamaican Canadian Association (JCA) Centre on Friday, October 10; Saturday, October 11 in Scarborough; and Sunday, October 12, (2 shows) in Brampton.

For tickets to see “University of Delcita”, call (416) 878-4272, visit ticketgateway.com for discounted passes, or click like and message Delcita at www.facebook.com/pages/Delcita-Coldwater.