Above Photo: FevaTV co-founders (from left to right): Lancelot Imasuen, Lonzo Nzekwe, Kingsley Jesuorobo and Robert Onianwah. Absent from the photo is the company’s Chairman, Wells Okunbo, who is also a co-founder.

Launched in Toronto on August 28, the new network, owned by Wells Multimedia and Entertainment Inc., started operating on Rogers Channel 760 showcasing entertainment programs from Africa and the African diaspora in the Caribbean, Europe, North America and South America. On September 18, it became available on Bell. 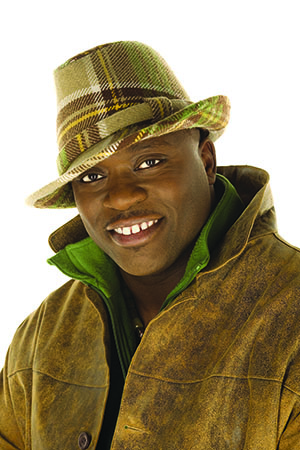 Since its launch, Farley Flex, senior vice president, business development, stakeholder relations, says FevaTV has embarked on a robust marketing campaign with billboards around the city, over 1,000 placements on the Toronto Transit Commission (TTC).

“We’re showing both the industry and the public that we mean business, in the real sense of the word,” he said, noting that they have also got a lot of response, by email, from people saying they feel a sense of gratification, a sense of representation.

“FevaTV was setup by our committed team to fill a void created by a near total absence of African-Canadian entertainment on Canadian Television,” said Captain (Dr.) Idahosa Wells Okunbo, chairman of Wells Multimedia Entertanment Inc. and one of the founders.

“Our entertainment channel will expose Canadians to a robust array of exciting programs from Africa and the African diaspora around the world.”

The programming includes content from Nollywood, the third largest film industry in the world after Hollywood and Bollywood.

Among the programs viewers can expect from  FevaTV  are top quality international programs including  Planet Nollywood, a showcase of top quality Nollywood films, from the classics of yesteryear to the present blockbuster Nigerian and Ghanaian films;  Top Boy, the acclaimed, gritty U.K. crime series;  Catwalq, a Nigerian soap opera set in the glamorous fashion world; High Rollers, a South African drama set in the high-stakes world of big-money casinos;  Jim Iyke ‘Unscripted’,  a reality show following bad boy Nollywood actor  Jim Iyke;  Omotola ‘The Real Me’,  a similar reality series about Nollywood actress Omotola Jalade (named one of Time’s 100 Most Influential People in 2013); and  Making of a Mogul, hosted by award-winning Ghanian TV personality, Anita Erskine,  which profiles successful Africans around the world as they share their stories of building their brands and businesses; and Sooooo Special With Master T, a talk show, hosted by Canadian hip hop broadcasting icon, Master T, interviewing music legends from around the world.

“Initially the percentage is low but we’re actually exceeding most expectations because we have two local programs that we produce in-house actually. The wealth of domestic content isn’t that deep so we’re very focused on creating content, accepting great ideas but unfortunately in the beginning stages most of what we have is acquired from around the diaspora,” said Flex when asked about the percentage of local programming vis-à-vis foreign programs.

“Our programming, because it’s a composite of movies, videos, talk shows, adult talk, things like that, within all those portals there is room for discussions of all types. It’s just presented in a very entertaining fashion,” he said, when asked about how inclusive the programming would be of the African and African diaspora LGBTQ communities, for example.

Flex is encouraging producers to contact the network at content@fevatv.com and, in conjunction, FevaTV is also working with entities, like Canadian Television Fund and Telefilm, “on creating a relationship to help them understand that part of the reason why there is minimal amount of content for us is there has been no actual inspiration.”

He said the people who have created are the real mavericks who stuck to it, but a young person now in high school will see a platform that is accessible and this will make a big difference.

Flex, who was involved in launching Flow 93.5 FM — Canada’s first Black commercial radio station — in Toronto, said as the original music director, “When we came on air there was a barrage of content that came in that no other radio station had received before because the creators didn’t feel welcome.”

He anticipates the same thing to happen at FevaTV, attracting many people, not only the existing creators, but those who have aspirations of becoming creators of content.

“There are plans to create a farming ground because the executives of the network will not be there forever,” said Flex.

“We have a lot of young people in our mix already who are working as production assistants, camera people, so we’re giving them the opportunity to get their feet wet and understand what its like to be in a professional creative space.”

Like he did at Flow 93.5, Flex is also creating an internship model in which youth will come in for three-month periods and get a sense of all the different aspects of the business – creative, administrative, strategic, marketing – “so that there is a baton to pass on.”

FevaTV is on cable television networks across Canada and anyone wanting to watch it should contact their local television service provider for details on availability.