New in Pride
Home / Arts & Entertainment / Is “The Equalizer” US Propaganda?

Is “The Equalizer” US Propaganda?

I will publicly admit that I am a huge fan of Washington; however, I have mixed feelings about his stand on the liberation of Africa and Africans. His roles in “The Hurricane”, “Malcolm X” and even “Crimson Tide” pleased me. I have refused to watch “Glory”. 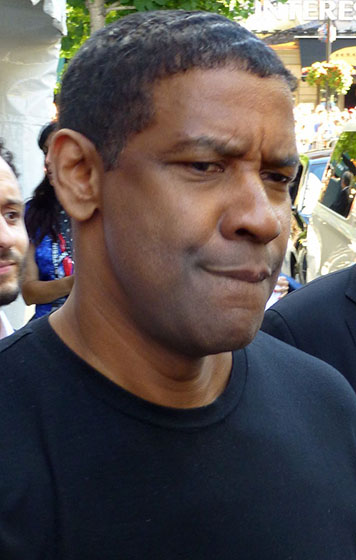 Denzel Washington at the press conference of The Equalizer at the 2014 Toronto Film Festival. Photo credit: CC BY-SA 2.0 Gabbo T.

When Washington did his interviews for the Walter Mosley written film, “Devil in a Blue Dress”, at the Toronto International Film Festival (TIFF) in 1995, I had a chance to question him. I had recently read that Washington had just finished studying C.L.R. James’ classic book about the Haitian revolution, the “Black Jacobins”.

I publicly asked him, “If you had your choice to play any of the three leaders of the Haitian revolution, Toussaint L’Ouverture, Jean-Jacques Dessalines, or Henri Christophe which one would you chose?”

He busted out laughing and said, “If I had my choice, I’d play Dessalines. Recall, Toussaint died in a prison in France and Dessalines led the Haitians to state power.”

However, many of Washington’s films disturbed me. I found myself apologizing to my Arab and Palestinian friends after “The Siege” came out. His over-the-top role in “Training Day” won him an Oscar but turned many Africans in Los Angeles and other parts of the world off completely.

Over three decades in the film business, Washington’s films have generated north of $3 billion at the global box office, but he’s put up those lofty numbers in a unique way. At the age of 59, he is launching his first franchise with “The Equalizer”, according to Variety magazine.

Friends of mine, in Brooklyn and Los Angeles, reported that “The Equalizer” got standing ovations in both cities. In the People’s Republic of Brooklyn, patrons were calling for a sequel.

“The Equalizer” proved the actor’s continuing popularity at the North American box office, debuting to an estimated $35 million from 3,236 theaters and marking the third-best opening of his career. It’s also the top September opening for an R-rated movie.

Internationally this has not been the case. However, the global community did not believe the hype.

“Overseas, the $55 million action thriller was far more muted, earning $17.8 million from 62 markets. Generally speaking, Washington’s movies do the majority of their business in the U.S. Instead, 20th Century Fox’s holdover “The Maze Runner” won the international race, taking in another $27.5 million from 62 territories for an early worldwide total of $149 million,” once again from Variety. This was the first week in the theatres.

The film demonizes Russians like the US did the Soviet Union and other socialist countries during the Cold War. Public enemy number one in the film is Vladimir Pushkin. Hollywood kills three birds with one stone. Vladimir was the name of Vladimir IIyich Lenin, the leader of the Russian revolution who was admired by both William Edward Burghardt  Du  Bois  and Marcus Mosiah  Garvey; Vladimir Putin, the current President of Russia; and Alexander Pushkin, a Russian author of the Romantic era, who is considered by many to be the greatest Russian poet and founder of modern Russian literature. As a youth, I found out from reading Joel Augustus Rogers that Pushkin had African roots.

Don’t let anyone tell you, “It’s only a movie!” It is U. S. imperialism speaking to Africa and the world. Gerald Horne once again has pointed out: “Capitalists and communist alike took the movies seriously.”

The International Alliance of Theatrical Stage Employees (IATSE) frequently cited the portentous words of the Bank of America’s A. P. Gianinni, “They who control the cinema can control the thought of the world.”

From Moscow, V.I. Lenin concurred, arguing that “Of all the arts the cinema is the most important.” Left and right alike agreed that investment in – and attention to – the cinema industry was of paramount importance.

Norman (Otis) Richmond, aka Jalali, was born in Arcadia, Louisiana, and grew up in Los Angeles. He left Los Angles after refusing to fight in Vietnam because he felt that, like the Vietnamese, Africans in the United States were colonial subjects.Richmond is currently working as a producer/host of Saturday Morning Live on Radio Regent (radioregent.com.) He can also be heard on Diasporic Music on Uhuru Radio (uhururadio.com). His column Diasporic Music appears monthly in The Burning Spear newspaper.