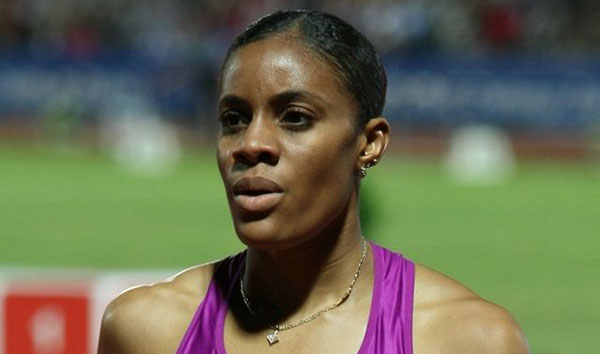 Photo above is of Kaliese Spencer in Zagreb in 2010. Photo credit: CC BY-SA 3.0 Speedy Gonsales.

Just one Caribbean athlete, Jamaica’s Kaliese Spencer, is named among the nominees for the IAAF’s 2014 World Athlete of the Year Award. Spencer, 27, specializes in the 400-meters hurdles.

Spencer, whose mother and father were both track athletes, won two silver medals at this year’s IAAF World Indoor Championships in Poland; and a gold at the Commonwealth Games in Glasgow, Scotland.

Others in the contest for female Athlete of the Year include Caterine Ibarguen – a Colombian competitor in high jump, long jump and triple jump; and Ethiopia’s Genzebe Dibaba, a middle- and long-distance runner.

However, the men’s list that includes three Africans – Dennis Kipruto Kimetto and Jairus Kipchoge Birech of Kenya and Botswana’s Nigel Amos – has ignited controversy with the nomination of Justin Gatlin, the 32-year-old American who has served two doping bans.

This summer, Gatlin ran the fastest 100 and 200 meters by a man in his thirties.

But his nomination has not gone down well with German Olympic discus champion Robert Harting and former UK Olympian Sebastian Coe, now a vice-president of the International Association of Athletics Federations.

Harting, who himself is a nominee, reacted to Gatlin’s inclusion on the IAAF shortlist by asking for his own name to be removed from it.

In his reaction, Coe remarked: “The only thing I would say is he (Gatlin) is entitled to compete; but I’m not particularly comfortable about it (the nomination). I think you’d be surprised if I said I was sanguine about it.’’

Voting for the award is currently open to athletes, officials, IAAF member federations and media.

Winners are due to be announced on November 21 in Monaco.