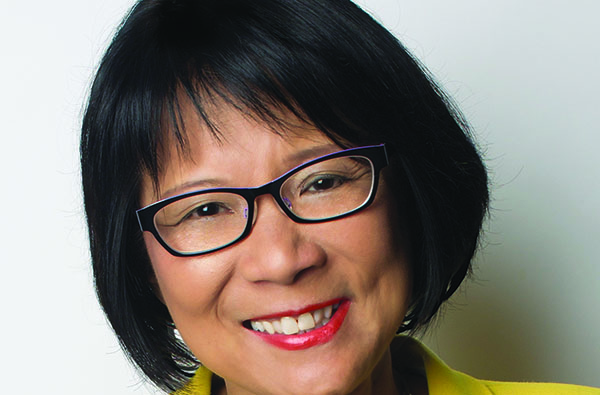 Olivia Chow: Driven By Energy Of Youth And Belief In Justice

TORONTO, Ontario – Toronto mayoral candidate, Olivia Chow, says what keeps her going is watching how young people are responding with excitement, enthusiasm and energy to her campaign for mayor, saying: “We can work together for each other, with each other and make real change and bring hope to the community. That message is so strong and so clear.”

Chow is also driven by her fundamental belief that there is justice and equality and that “we can make everyone’s life much better by working together, by building and not cutting service, not by dividing but by pulling together because that’s where the power comes from.”

When she was a city councillor and a youth advocate, she created a Youth Cabinet and many members of that body, especially presidents like Kevin King, Kehinde Bah and Keegan Henry-Mathieu who is running in Ward 7 York West, are from the Black or Caribbean community.

She is very proud of the Youth Cabinet and said young leaders became role models in their own community because they understood how city hall worked and stood up for the community.

Chow was recently endorsed by over 60 women leaders in the Greater Toronto Area in a bid to become the mayor of Canada’s largest city.

In a joint statement released on October 9, they said: “As women dedicated to advancement of women and girls, equality and diversity and the eradication of poverty, we proudly endorse Olivia Chow as the next Mayor of Toronto.”

Chow said, together, the women represent probably forty years of very strong community building, whether from the anti-racism front with Sandra Whiting from the Jamaican Canadian Association or the large number of people in the childcare movement or people that have dedicated their lives to support the people living on the street, like Cathy Crowe.

The former Toronto city councillor said the group also includes people that are on the forefront of making sure that women earn as much as men, even though there is a pay gap at this point, and longtime journalists, whether its Naomi Klein or Michele Landsberg or Judy Rebick.

“She is the best candidate in the race, in my opinion. She has experience; she has a proven track record in municipal politics. She is a consensus builder. She knows how to manage budgets because she has done that at city hall over many years and she is a woman. As a woman, myself, I think we need to support women who are qualified, and she is a minority woman and I believe city hall needs minority. In fact, we are no longer the minority, we are the majority, but we are not reflected. I think that she reflects the City of Toronto. I think it’s time to have that change happen at city hall,” said Whiting, also a former president of the Black Business and Professional Association.

Chow immigrated to Canada from Hong Kong when she was 13 and was elected to the school board in the 1980s and to city council in 1991. In 2006, she was elected as a Member of Parliament and was a leading voice for national transit investment.

“Women, people of colour and immigrants remain underrepresented at all levels of government, and underpaid and underemployed in the workforce and the economy. This continuing inequity hurts our city and holds back far too many of our citizens,” the leaders said.

They said Chow is by far the best-qualified candidate for mayor, with a record of achievement as a school trustee, city councillor and Member of Parliament.

“She has led initiatives to advance women, achieve diversity and help break the cycle of poverty. At every level of government, she has fought for better childcare, public transit and affordable housing. Olivia Chow’s entire platform is based on a profound understanding of issues of concern to women – and that “women’s issues” such as accessible, affordable childcare are equality issues, economic issues and should be election issues.”

They said Chow is the only candidate addressing these issues and proposing meaningful, practical policies and plans to move forward.

These include her proposal for 3,000 new childcare spaces – half of them subsidized, extending healthy meals in schools to 36,000 more children, extending after school programs to 40 underserved neighbourhoods, expanding bus services immediately and building 15,000 units of affordable housing.

Chow said being able to provide affordable after school programs means that the children will be able to learn a skill, learn discipline and then grow up smart and strong, and stay out of trouble.

The women said they share Chow’s understanding and commitment, and fully support her platform, and her ongoing commitment to closing Toronto’s gender pay gap.

To tackle the growing inequality in families and communities in the city documented in various reports, Chow said she would address the issue in three ways.

She would make sure that young people have good paying jobs and create 5,000 of them, build affordable housing, and have affordable childcare after school programs so that families are able to break the cycle of poverty.

“We believe it is time for a female mayor, a person of colour, and an immigrant who will reflect the changing face of Toronto and lead our city forward. From the number of racist, sexist and anti-immigrant attacks directed against her, it is clear that we still have a lot of work to do in creating an inclusive city. Electing Olivia Chow as mayor is the best opportunity we have ever had to advance women and girls and move towards true equality in Toronto. With her leadership, this will be a better city for all,” the women said.

Regarding the attacks targeting her and other councillors, and in one case, homophobic comments hurled at a councillor, Chow said, “There are racists in our city; there’s no doubt about that. I’ve been subjected to it and so have other candidates. There’s no place for racism in this city. We need to stand up against it, we need to call it out; we need to say it’s not right.”

She said there is also a need to address the subtle form of racism, which is a subtle form of discrimination that manifests itself in a candidate or the city turning a blind eye to investing in priority neighbourhoods.

Concerning her engagement of the Black, Caribbean or African Canadian community, Chow said she worked with the late Dudley Laws and Charles Roach of the Black Action Defense Committee to hold police accountable.

She has been on the board of the Urban Alliance on Race Relations working with former Toronto councillor, Bev Salmon, and others to reduce inequality.

Chow has also been endorsed by anti-racism advocates, Professors Akua Benjamin and Grace-Edward Galabuzi of Ryerson University, and Kofi Hope, managing director of Community Empowering Enterprises, among others.

She lives with her mother, Ho Sze, and helps care for her father, Wilson Wai Sun. At both city council and in Parliament, she served alongside her late husband, Jack Layton, and helped raise Mike and Sarah Layton. She is the grandmother of Beatrice and Solace.

She was named Canada’s Woman of the Year by Consumer Choice and best city councillor nine times by Now Magazine. She was also named one of Canada’s top 25 immigrants by Immigrant Canada, and is the author of My Journey, published in 2014.