NDTC Celebrates 52 Years By Performing A “Tribute To Rex”

Photo above by Bryan Robinson.

The National Dance Theatre Company (NDTC) of Jamaica “is alive and well at 52″, championed the Jamaica Observer headline on July 27 of this year.

In the accompanying article, Richard Johnson, the publication’s Senior Reporter notes, “the objectives set out by the founding fathers of the NDTC, 52 years ago, are being upheld by its present crop of dancers and choreographers.” 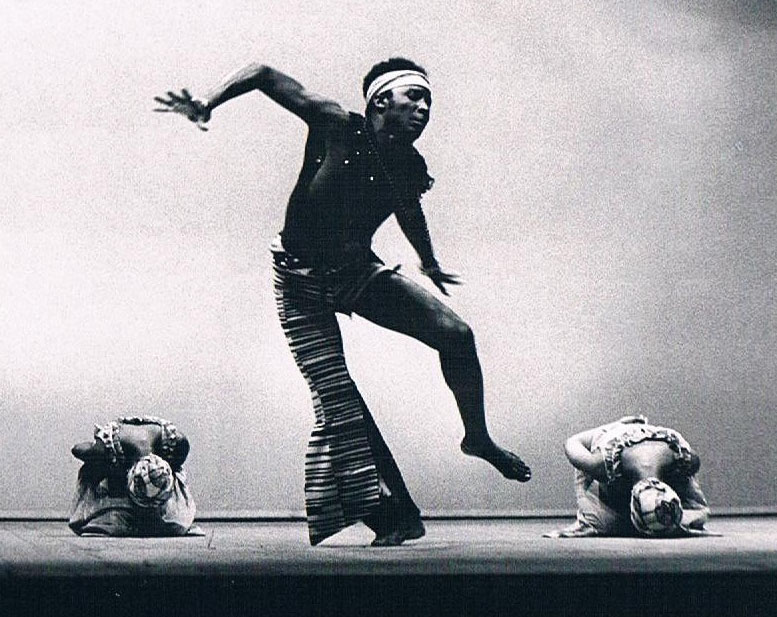 NDTC was birthed in 1962 — the year Jamaica gained independence from Great Britain — by visionaries Ralston Milton “Rex” Nettleford, a Rhodes Scholar, and choreographer Eddy Thomas, with 15 dancers, with Nettleford acting as its artistic director and principal  choreographer, and  Martha Graham  as patron.

Drawing on African-Caribbean  folk traditions  and cultural themes, as well as  modern dance, the Company has promoted Caribbean culture  through its performances.

On its foundation, the stated aim was “projecting the movement patterns and customs of the island to people locally and abroad”, and it stated that it would “maintain constant research and documentation of our folk legends and customs, to be used as thematic material for new dances”.

According to Cultural Voice, a Jamaican online blog, “The 1960s brought a renewal of spirit throughout the Caribbean, as independence movements flourished and a new definition of Caribbean culture was carved. 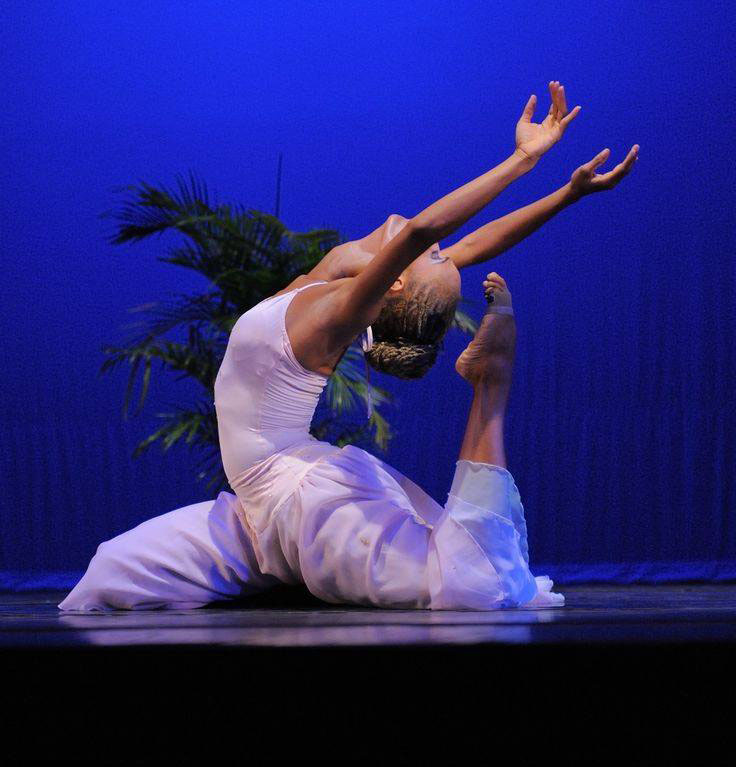 “Emanating from this era, visionaries Nettleford and Thomas, united, led Jamaican dancers and musicians to mould the NDTC to champion the rhythm of African drums, embrace ancient, retained ceremonial traditions such as Kumina and Gerrehbenta, and establish these alongside modern contemporary vocabulary for a truly ‘Caribbean’ product.”

In July, on the opening of the NDTC’s 52nd season in Jamaica, Johnson wrote, “The Company chose works which reflected the diversity of the Jamaican society, and staying true to its roots — to showcase a Jamaican and Caribbean aesthetic — while highlighting its renewal and continuity mantra.”

In a fitting end to its 52nd. season, on Tuesday, November 4, the NDTC will present “Tribute to Rex” — an ode to its co-founder — for one performance only, at  the Sony Centre for the Performing Arts in Toronto.

“The NDTC’s solo performance was initiated by ArtsJam and will be held under the auspices of Toronto’s Consul General to Toronto, Seth George Ramocan, and we are pleased to share the 52 years of Jamaica’s world class dance art with dance students and lovers of dance,” says ArtsJam Chair, Camille Hines.

Nettleford, a Jamaican scholar, activist, dance aficionado, Professor and Vice Chancellor of the University of the West Indies, died in 2010.

In an article in Caribbean Beat magazine, entitled The Jamaica’s National Dance Theatre Company: renewal and resistance, and written by Nettleford, to commemorate the Company’s 45th. anniversary, he said, the NDTC “is nationally respected and internationally acclaimed, (and) understands the challenge of renewal and continuity.

“One of the major features of performing groups, including the great sports teams of cricket, baseball, soccer and basketball, is the challenge of renewal, self-re-invention and the fact of new stars rising to replace former bright and shining ones.”

He continued, “The passing of kindred souls does not mean the end of the art they share with those still living. Rather, the legacies live on despite the ephemeral nature of the art of dance itself. One is, however, conscious of the fact that continuity, exploration and innovation are the only guarantees for the enduring viability of the art.”

The NDTC has been lauded for its ability to fuse “The lore, music and dance traditions of Jamaica, Africa and the American South, with both modern and classical ballet.”

Under the legendary and seasoned leadership of artistic director, Barry Moncrieffe, and newly-minted associate artistic director, Marlon Simms, NDTC will continue to artistically express its belief that “dance, music and song,” are of themselves tools to stretch the cultural imagination to new levels.

With a well-honed international reputation, the company has moved audiences from Sydney to Kiev; New York to London; and is poised to do the same for its long-awaited return to Toronto’s diverse audiences. 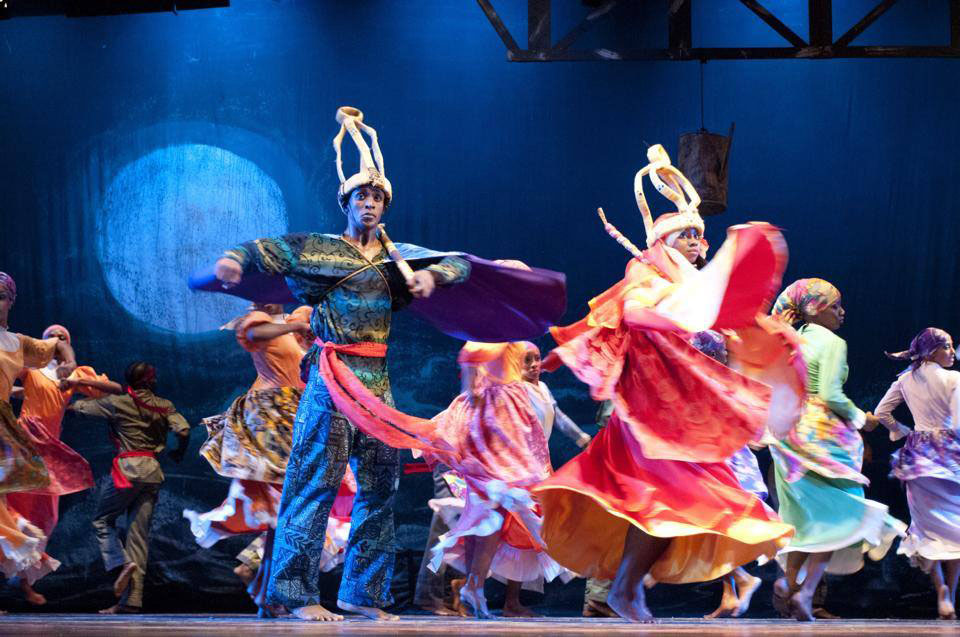 Nettleford once said, “The power to create and innovate remains the greatest guarantee of respect and recognition.”

And in the above-mentioned Caribbean Beat piece he wrote: “The empowerment of a people through the exercise of their creative imagination and intellect may well be the only real reason for living at all. Presumably the NDTC, while pursuing the dance as art, makes even more sense by aiding in the gigantic task of redefinition and rediscovery of self and society, particularly for the third millennium”.

“Anything other than this is minstrelsy; and minstrelsy were best left to languish in a past that invented the transatlantic slave trade, and/or be expunged from a present that would seek to exploit the consequences of slave and colonial history, through continuing efforts at cultural subjugation of peoples of African ancestry in the Americas and elsewhere.”

The late “Rex” Nettleford’s vision carried the NDTC to the vanguard, and its upcoming performance in Toronto, will summon the greatness of his signature, and seminal choreography, including the all-cast Gerrehbenta (1983).

The dance takes its name from two of the major traditional rites practised in Jamaica – “gerreh” in the parish of Hanover and “dinky-mini” which uses the musical instrument, the benta, in the parish of St. Mary, Jamaica.

The performance will also include the much lauded Nettleford masterpiece, Dialogue For Three (1963) as females confront the man in the classic love triangle.

Also on the evening’s program will be Urban Fissure, featuring the music of Bob Marley, Eryka Badu and a Rastaman chant with Busta Rhymes.

But before the lights go up on the elaborate stage at the Sony Centre, “students and professional dancers from across the GTA will have a chance to share in the NDTC’s magic,” says Hines.

On November 3, NDTC will present a closed workshop to some 50 dance students at the Rosedale Heights School of the Arts, and later that night, it will host a completely sold out Master Class at COBA’s Daniel Spectrum Studio for 40 dance professionals.

Then, some 500 students from across the GTA will have the opportunity to watch the NDTC rehearsals during their run-through on stage at The Sony Centre, just hours before show time on November 4.

The Company’s choreographic expression of “Tribute to Rex” will be complemented by the joyous musical deliveries of the NDTC singers and musicians, under the direction of Musical Director, Ewan Simpson, and is sure to deliver an encore-earning performance on November 4.